Chelsea can add another title next Sunday in the Women’s FA Cup final against Manchester City, which closed the WSL season by beating Reading 4-0. The slums of Vikaspuri, on the far western outskirts of the National capital, are witnessing a silent revo­l­ution -- girls are making the football talk

India emerged champions of the SAFF U-18 Women’s Championship 2022 on account of better goal difference than Bangladesh. Nguyen Thi Bich Thuy scored the winner for Vietnam as they qualified for the 2023 FIFA Women’s World Cup for the first time in history. The competition will...

Cho So-hyun and Son Hwa-yeon got their names on the scoresheet in the first half as Korea maintained the lead against Philippines to win 2-0.

The winning team of the playoffs will join the four qualified teams -- China, Japan, Korea and the Philippines in the World Cup Finals, with Australia also...

The quarterfinal match between Japan and Thailand marked the debut of Video Assistant Referee in India. Japan won the match 7-0 to book a semi-final spot.

Striker Yuika Sugasawa scored four goals for the two-time defending champions Japan, who will face the winners of the other quarterfinal match between China...

With Chelsea star Sam Kerr leading an incredible strikeforce that scored 23 goals in the group stage, Australia will be a tremendous challenge but South Korea...

India have featured in eight earlier editions of the tournament, having finished runners-up in 1979 and 1983, and third in 1981. 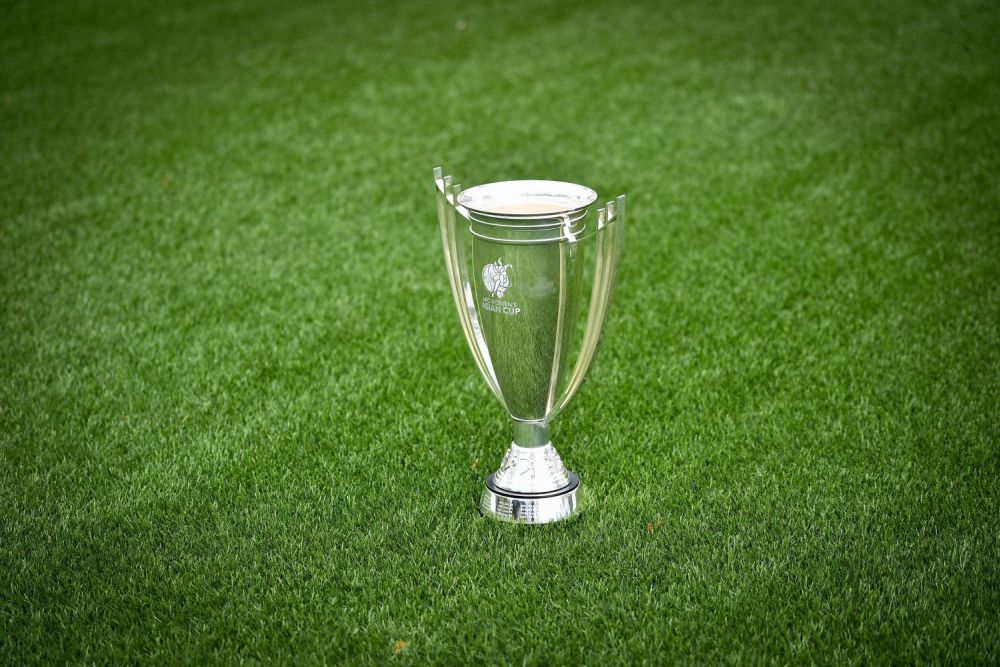 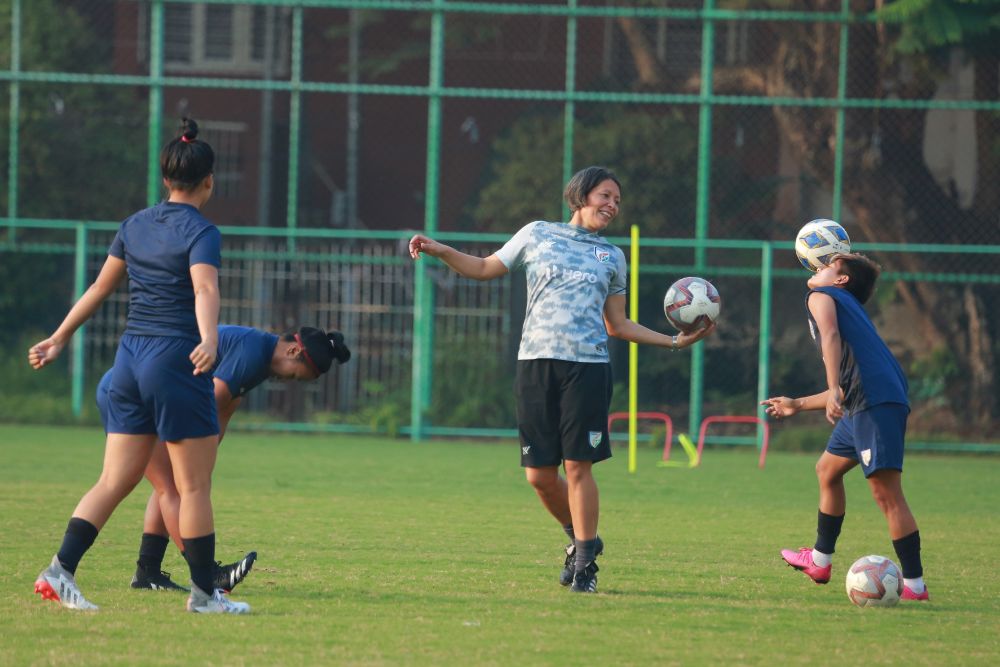 Aditi Chauhan believes that morning sessions in the gym with new strength and conditioning coach of Indian women's national football team have helped her... 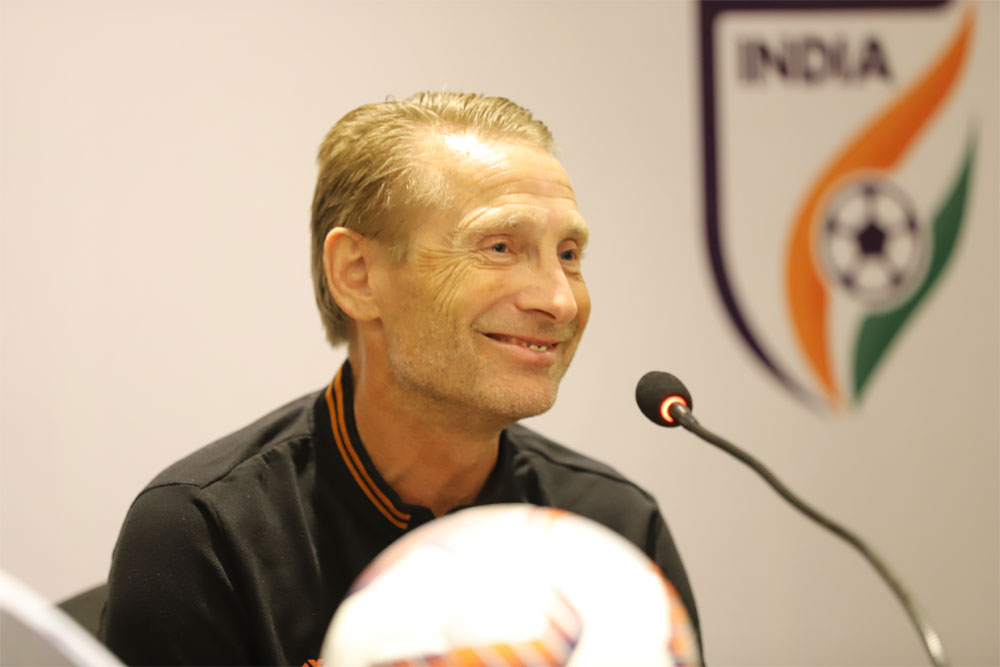 Five teams from the Asian Cup, to be played in Mumbai and Pune from January 20 to February 4, will qualify directly for the 2023 World Cup. Asia got six direct... 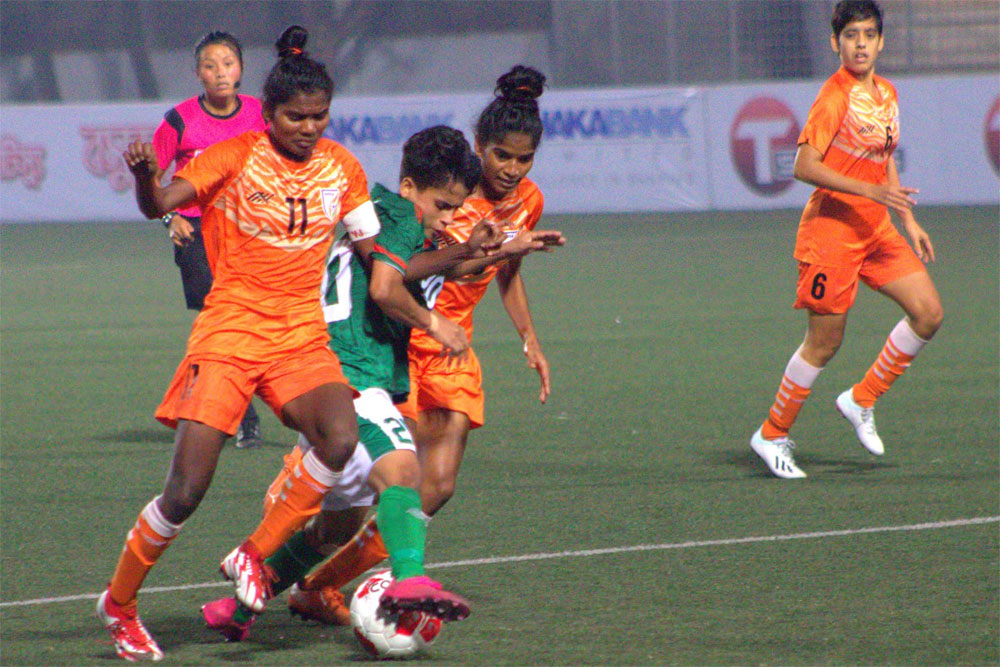 SAFF U-19 Women's Football Championship 2021: India Go Down To Bangladesh In Final

India had finished second behind Bangladesh after the group stage too, with three wins and one defeat. Holders Bangladesh, who defeated India in both meetings,... 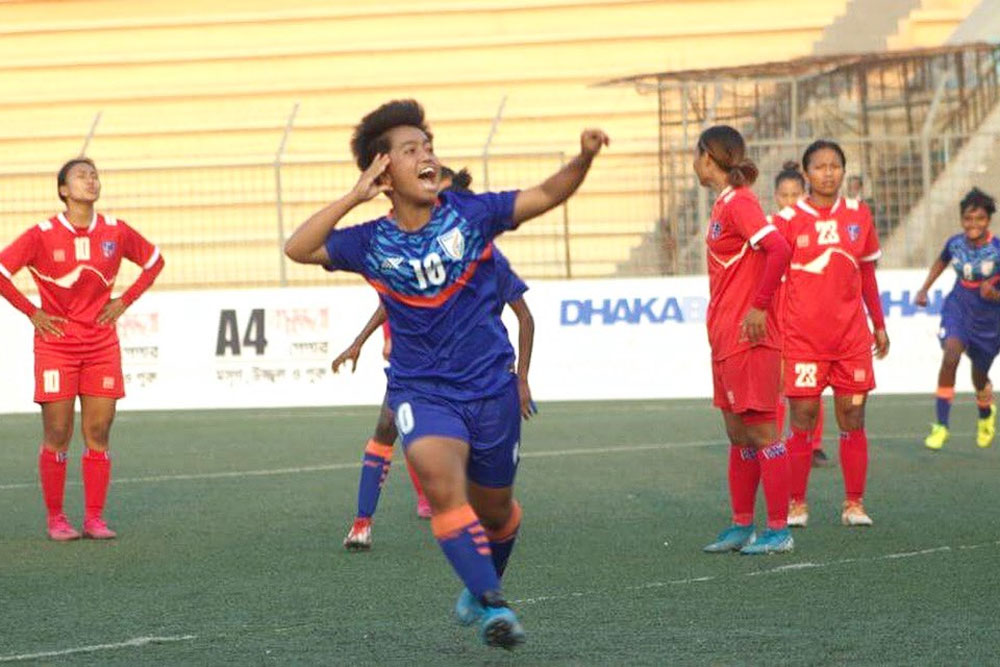 India finished second after group stage with three wins and one defeat, against Bangladesh. Holders and hosts Bangladesh are unbeaten, winning three and... 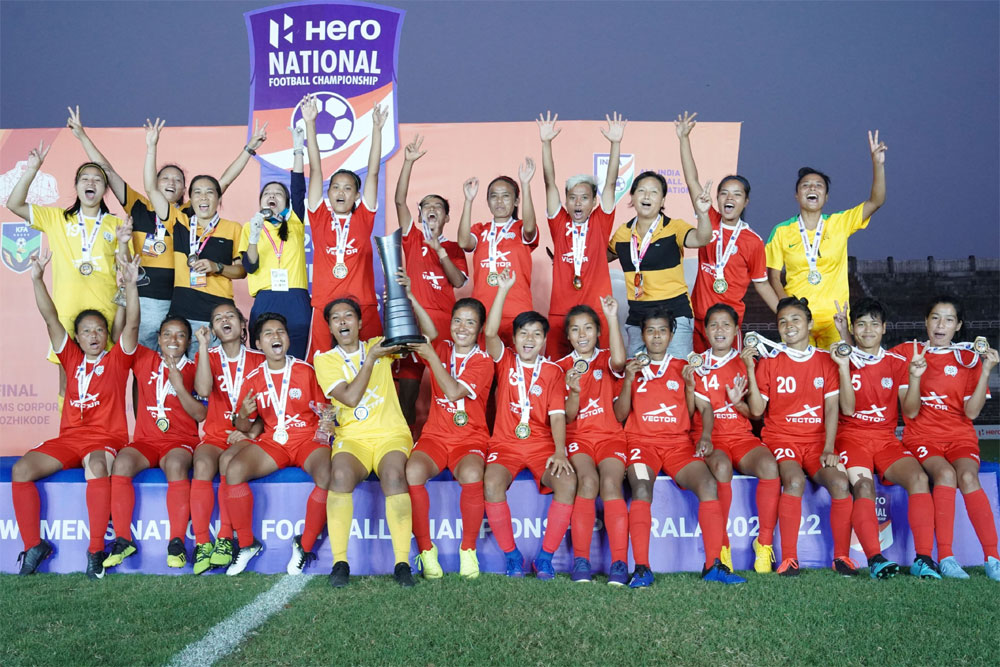 After failing to win the Women's National Football Championship in the 24th edition in 2017-18, Manipur completed yet another treble with a nervy penalty... 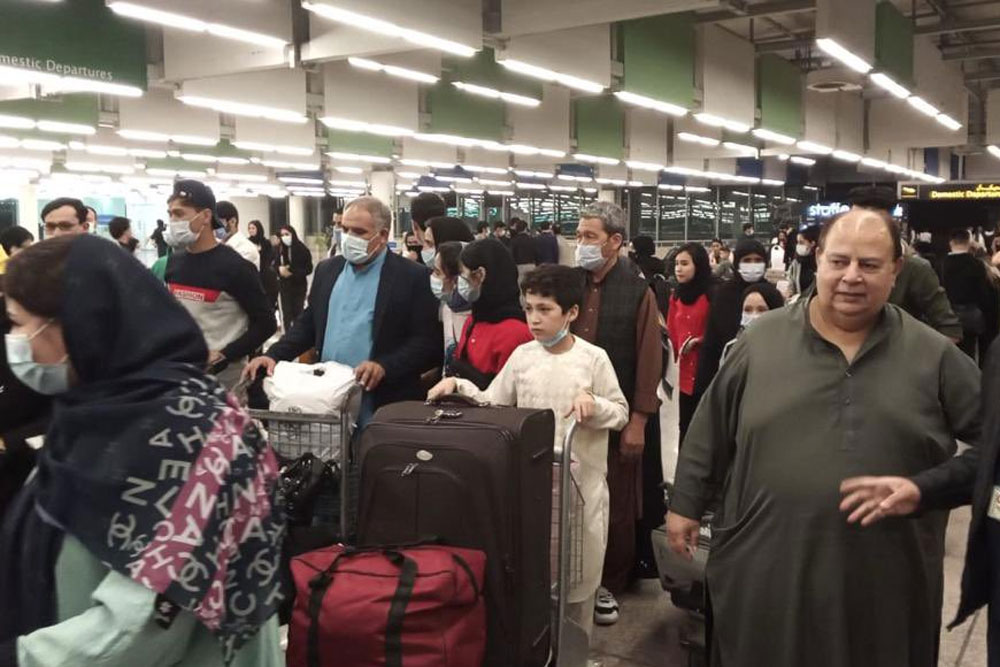 Britain and other countries evacuated thousands of Afghans in a rushed airlift as Kabul fell to Taliban militants in August. 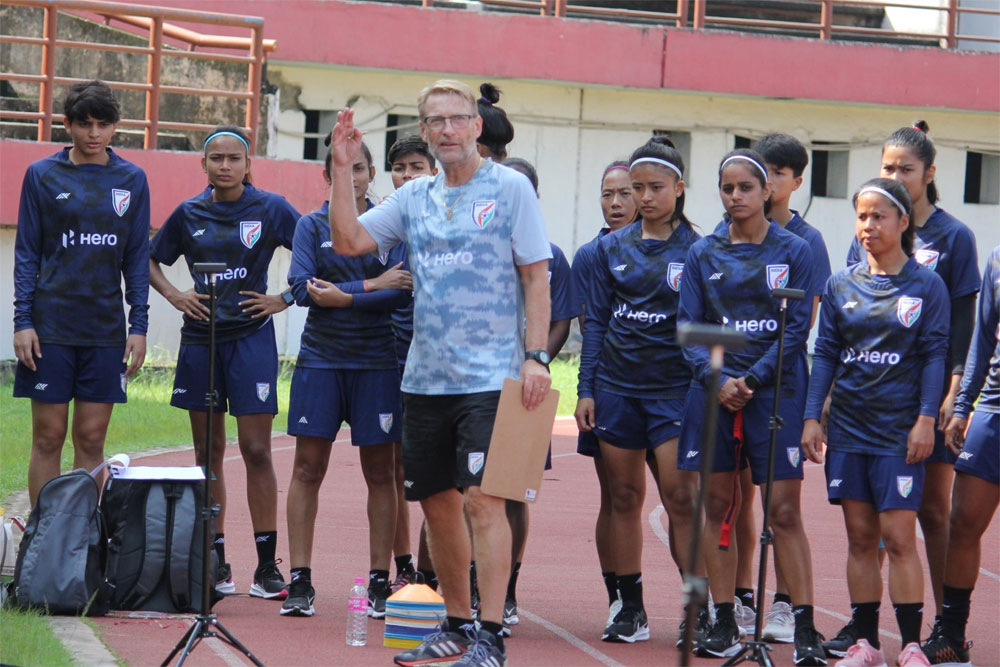 This will be the first time any Indian senior national team will be playing against either Brazil, Chile or Venezuela. The exposure tour is part of the Indian... 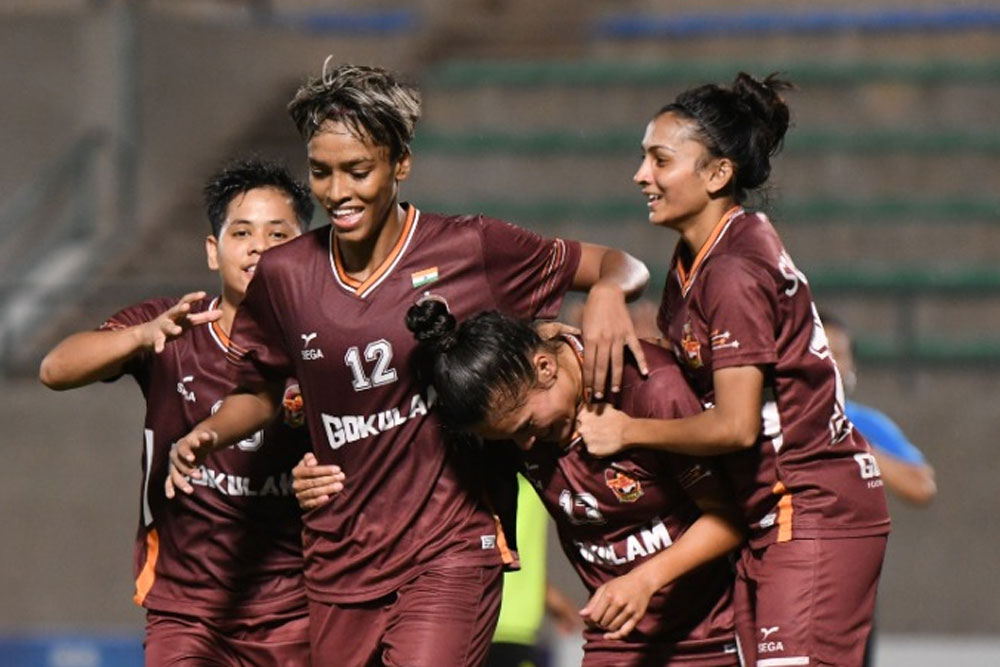 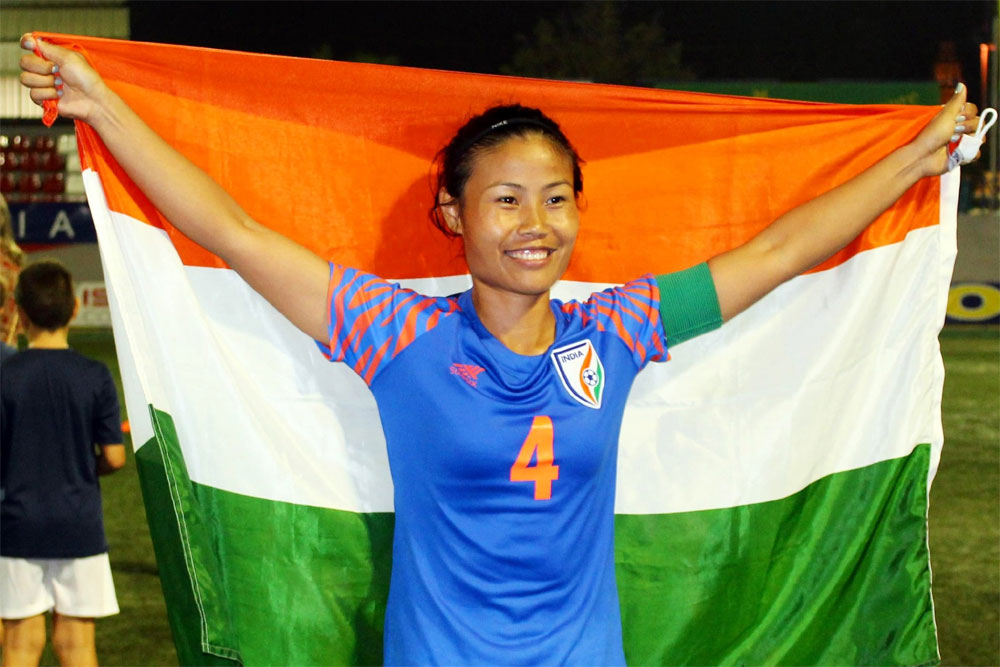 India play Iran on January 20 in their first group match of AFC Women's Asian Cup 2022. They face Chinese Taipei on January 23 and China on January 26.