Live Streaming Of England Vs South Africa, 1st Test: When And Where To Watch ENG Vs SA Cricket Live

Live Streaming Of West Indies Vs England: When And Where To Watch WI Vs ENG 1st Test Match

Check out live streaming and live telecast details of West Indies Vs England first Test match that kicks off March 8 in Antinua. Live Streaming Of England Vs South Africa, 2nd Test: When And Where To Watch ENG Vs SA Cricket Live

England have made just one change from the squad that lost the Lord’s Test against South Africa. Ollie Robinson replaced Matthew Potts. Gets ENG vs SA 2nd Test live streaming details. 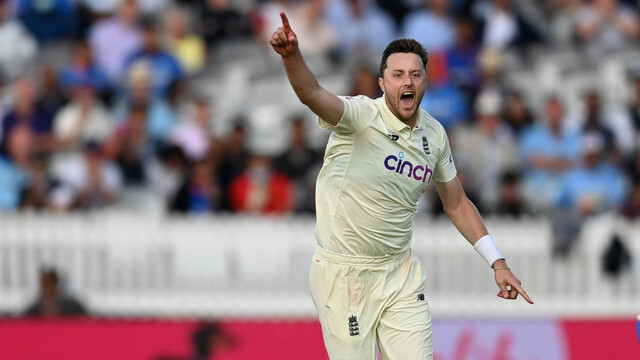 WI Vs ENG: Ollie Robinson Ruled Out Of First Test With Back Injury

The first Test of the three-match series between England and West Indies kicks off at North Sound, Antigua on March 8. Ollie Robinson was England's leading wicket-taker with 28 in his first summer of Test cricket last year but has since struggled with injuries.