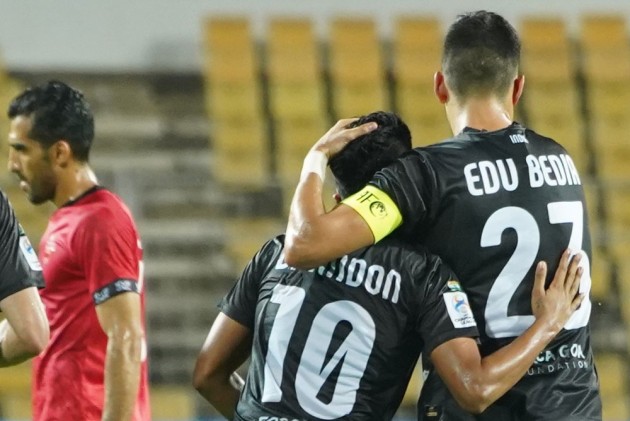 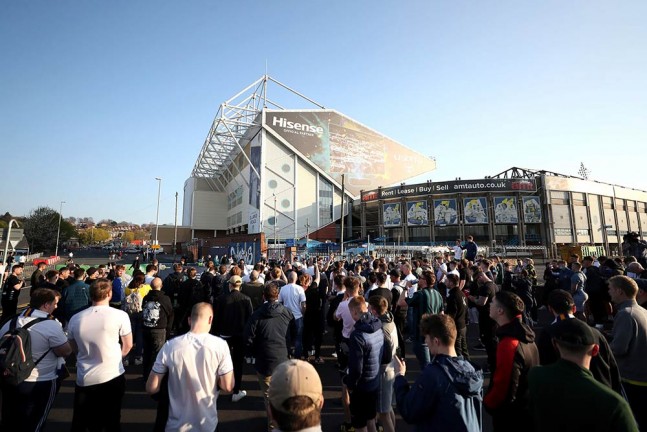 Fans protest outside Elland Road against the clubs attempting to form a new European Super League, in Leeds, England. Reaction to the proposals from 12 clubs to rip up European soccer by forming a breakaway Super League has ranged from anger and condemnation to humor and sarcasm. 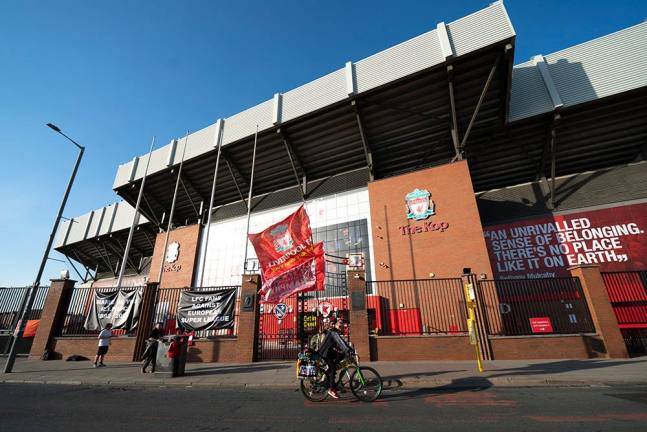 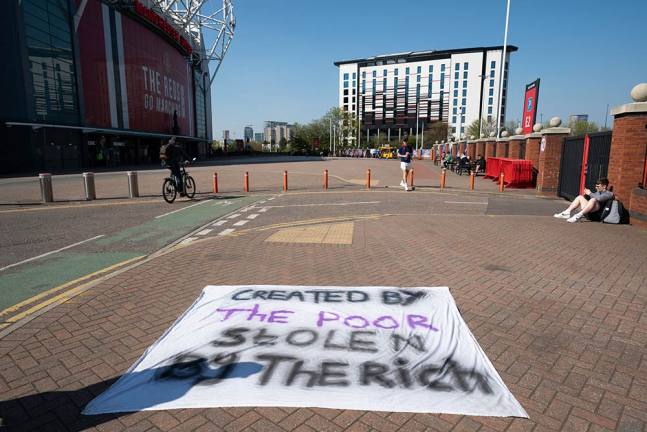 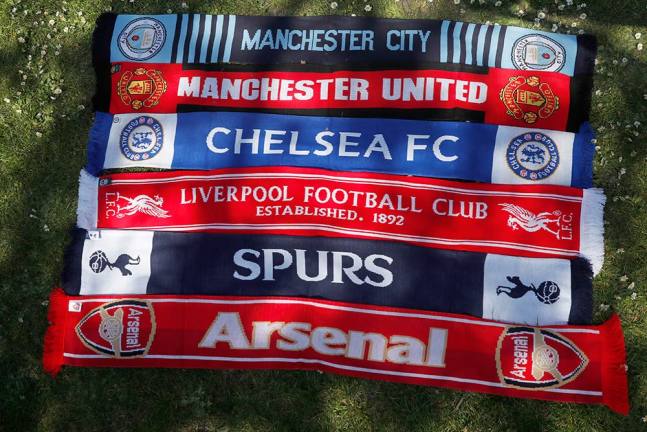 A selection of scarves of the English soccer Premier League teams who are reported to be part of a proposed European Super League, laid out and photographed, in London. The 12 European clubs planning to start a breakaway Super League have told the leaders of FIFA and UEFA that they have begun legal action aimed at fending off threats to block the competition. 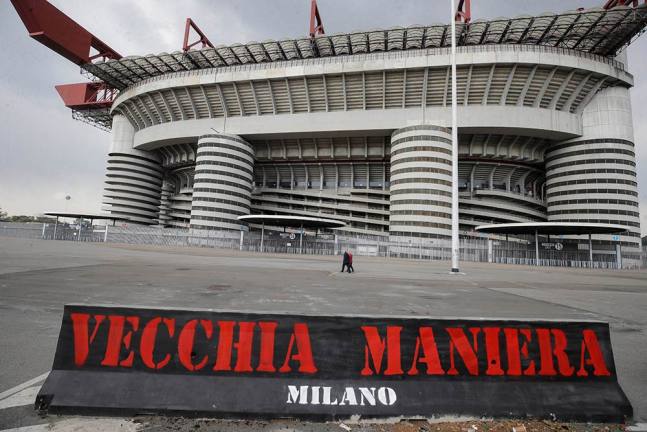 A banner in the colours of AC Milan and reading in Italian "Old style" is displayed outside the San Siro stadium in Milan, Italy. AC Milan, along with Juventus and Inter Milan, are the three Italian clubs that entered as founding members in the European Super League. 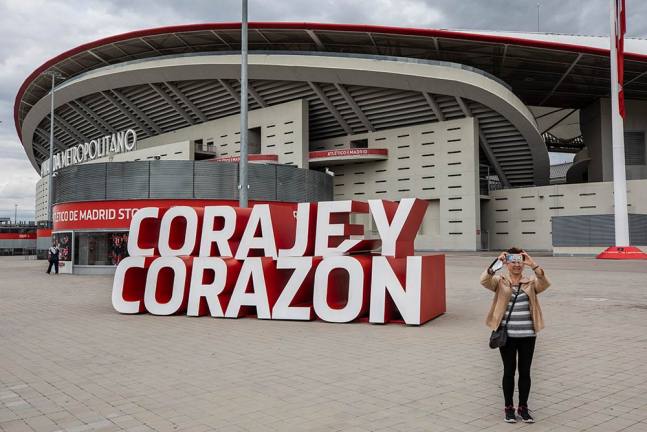 A woman takes a snapshot in front Atletico Madrid's Wanda Metropolitano stadium in Madrid, Spain. A group of 12 elite English, Spanish and Italian clubs dramatically split European soccer on Sunday by announcing the formation of a largely-closed Super League. 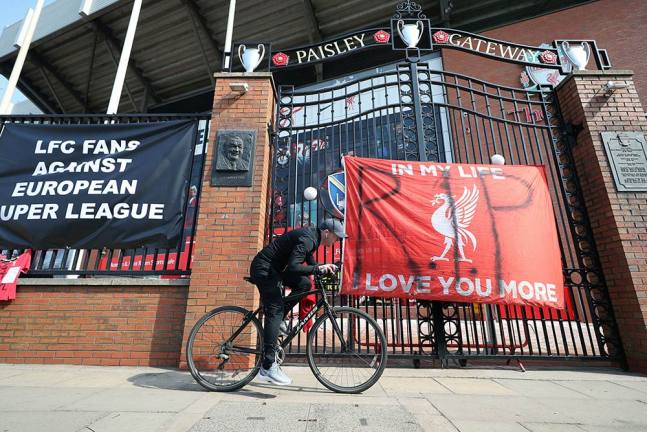 A man cycles past banners outside of Anfield Stadium, Liverpool, England protesting against the clubs decision to join the European Super Leaguer. Chelsea and Manchester City are preparing to dramatically abandon plans to join a breakaway Super League threatening to implode the project by a group of elite English, Spanish and Italian clubs less than two days after it was announced. 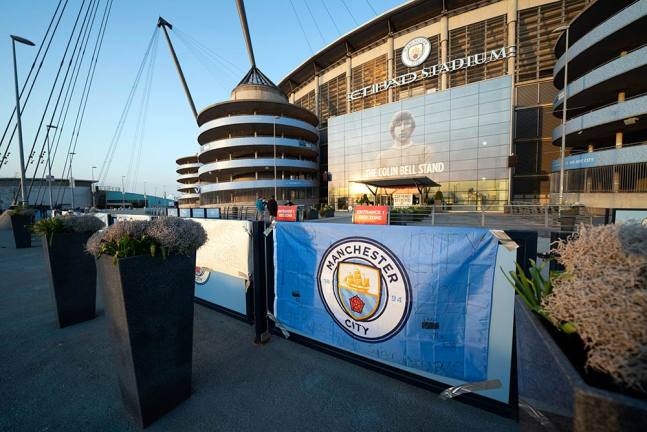 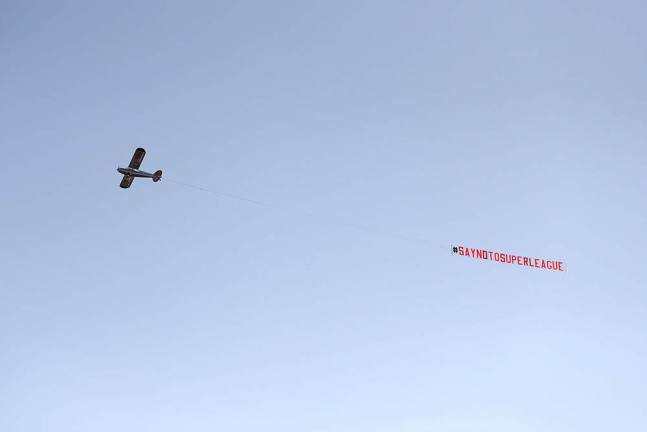 A plane with a 'Say No To Super League' banner flies over Elland Road, as a protest against Liverpool's decision to be included amongst the clubs attempting to form a new European Super League, in Leeds, England. 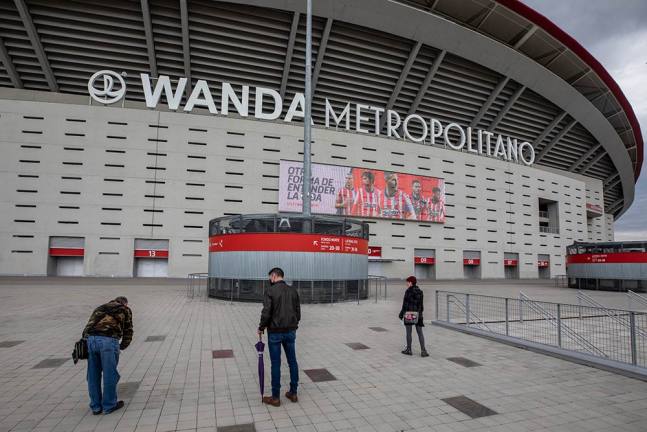 A soccer supporter takes snapshots of Atletico Madrid hall of fame plates at the Wanda Metropolitano stadium in Madrid, Spain. 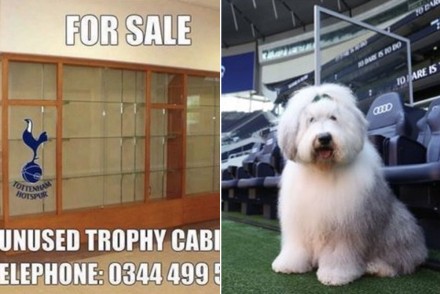 Spurs Promise To 'Gloss Over' Jibes

I Would've Been Gayle!

He Taught Me 'To Be French': Neymar

Ramiz Raja Names Only One Indian Bowler In His IND-PAK ODI XI, Imran Khan To Lead