The Duke of Sussex, Prince Harry, has filed another lawsuit against media company Associated Newspapers, the publisher of British tabloids the Daily Mail and the Mail, recently.

Meghan Markle deconstructs the history of societal stereotypes about women in 'Archetypes', her weekly podcast for Spotify, which premiered on Tuesday, reports 'Variety'.

Meghan Markle, Duchess of Sussex, has garnered the media spotlight for various reasons since her marriage to Prince Harry, younger son of Charles, Prince of Wales, and the late Diana, Princess of Wales. She is grabbing... Queen Elizabeth II served in the British military in the World War II as a princess and saw numerous wars as the Queen, including the Falklands War, War on Terror, and the Russian invasion of Ukraine.

Meghan Markle, Duchess of Sussex, is seemingly still not happy with singer Katy Perry's past comment about her wedding dress. Only a week after the head of BBC pledged never to broadcast again its discredited interview with the Princess of Wales, it emerges that extracts from the 1995 programme will be included in a documentary to be shown on... 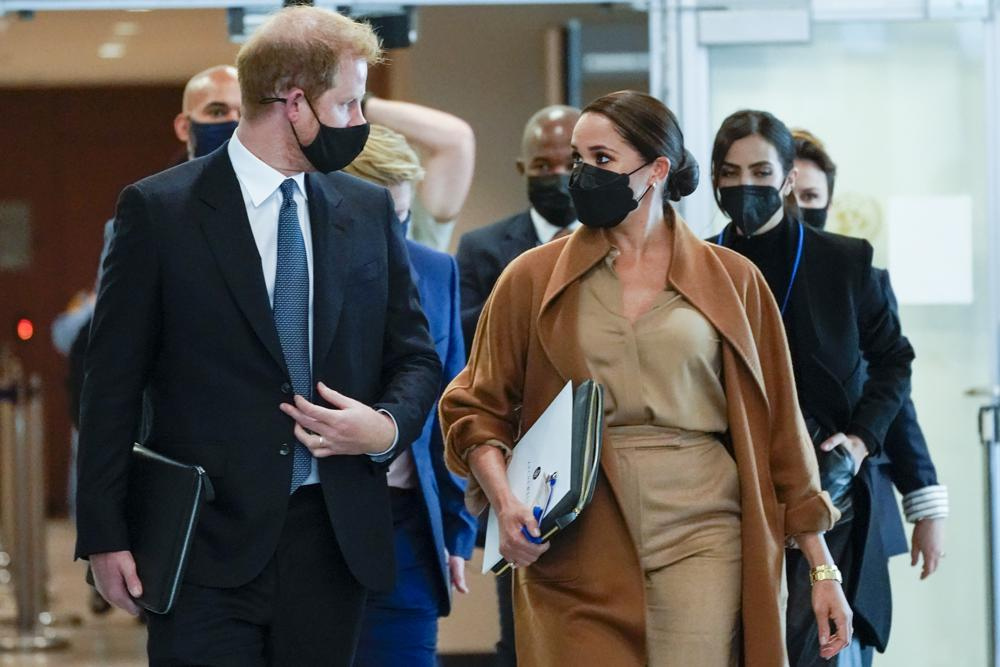 Meghan had spoken during an interview in March last year with the US broadcaster Oprah Winfrey of her shock at being told Archie would not get police protection because he did not have a title, and suggested that the... Meghan Markle pays her condolences to the lives lost in Texas.