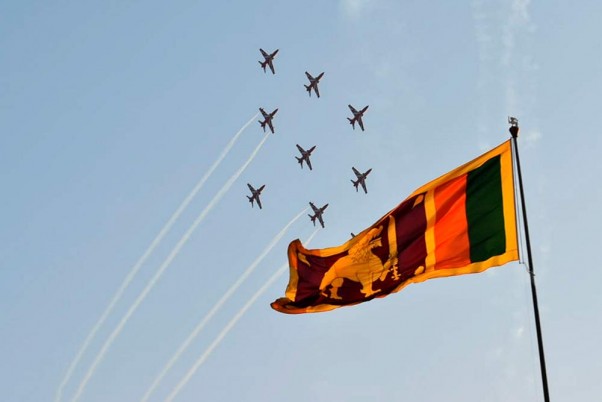 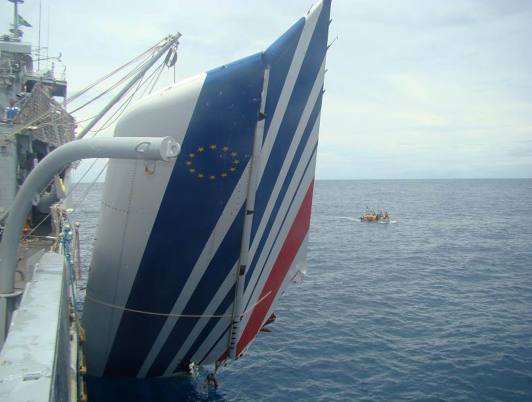 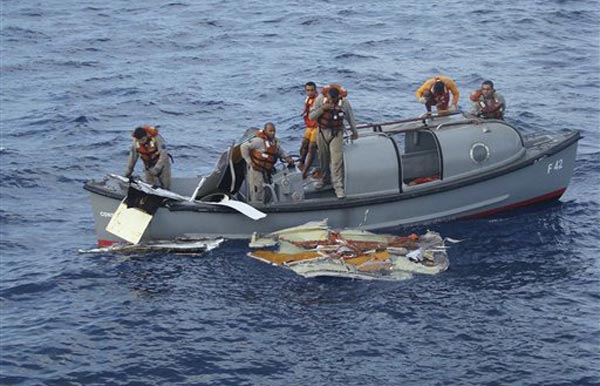 In this photo released by Brazil's Air Force, officers recover debris belonging to the Air France Flight 447 in the Atlantic Ocean. Four more bodies were found bobbing in the ocean near the spot where the Air France jet is believed to have crashed a week ago, bringing the total number of bodies plucked from the water to six, Brazil's military said. 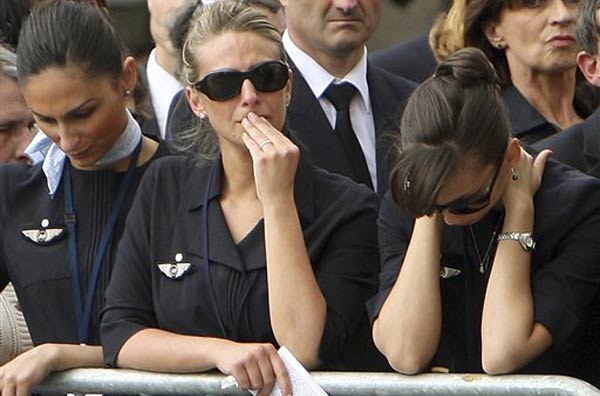 Air France employees stand outside the Notre-Dame cathedral, in Paris, during an ecumenical church service for relatives and families of the passengers of Air France's flight 447 which vanished over the Atlantic ocean. The reason for the crash remains unclear, with fierce thunderstorms, lightning or a catastrophic combination of causes as possible theories.

KPCC President K.Sudhakaran along with party...

Students and international travellers wait in a...