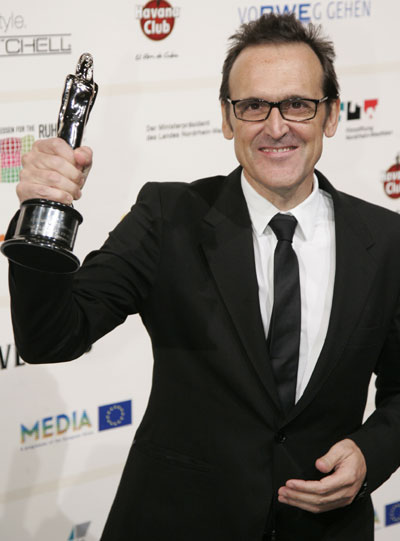 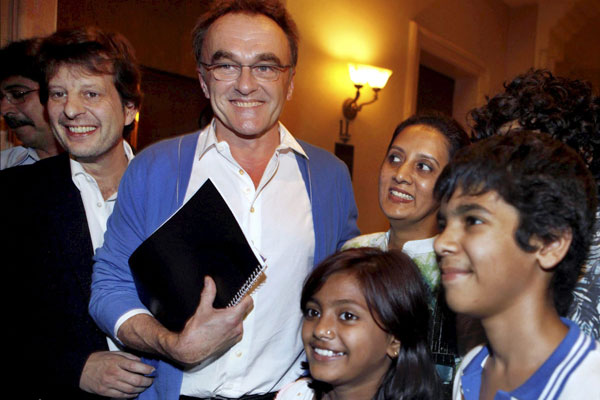 Slumdog Millionaire director Danny Boyle along with producer Christian Colson during a meeting with child actor Rubina in Mumbai. 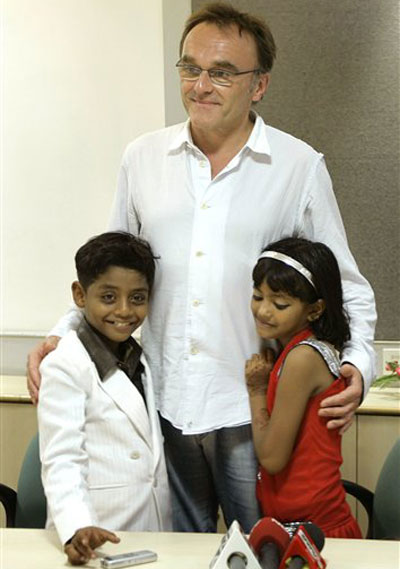 Slumdog Millionaire director Danny Boyle poses with the film's child stars Rubina Ali, 9 and Azharuddin Mohammed Ismail, 10 at a press conference in Mumbai. The makers of the film met with the two impoverished child stars, but the father of one of the children stormed out of the meeting, saying they've been forgotten since the movie won eight Oscars. Rubina and Azharuddin, both lost their homes this month, as city authorities cleared out parts of the slum where they live.

Artists paint graffiti on a road to raise...