The Anatomy Of Love: Mating And Marriage In India's Tribal Culture

Tribal cultures not only celebrate love but also inculcate sex education and consent among teenagers. This is in sharp contrast with the mainstream culture that draws boundaries for those in love

Kali and Ponna did everything that a couple unable to conceive would do, except “going to the chariot festival” of Maadhorubaagan, a half-woman and half-man god — a rather radical act. It’s a festival where a childless woman would go and mate with a stranger — breaching rules of marriage. If a child is born out of such a union, everyone would embrace that child as a gift of god Maadhorubaagan. But for a couple besotted with each other, doing such a thing was tough.

This is the story of Tamil writer Perumal Murugan’s novel One Part Woman, in which Ponna finally decides to go to the chariot festival. The book created a huge controversy as it talked about a phenomenon that is considered to be a morally deviant act. But is it an aberration? Do we have nothing of this sort in our society? The answer is no. Murugan had not created this festival out of imagination. He found that such a festival existed some 50 years ago in the region around Tiruchengode hill in Tamil Nadu. He encountered many men born through this festival, where a childless woman could have sex with a stranger and the child born out of this union would be called Ardhanari (half-woman) or Sami Pillai (god-given child). It is very hard for the mainstream culture to accept such deviancies even when many such practices exist.

Premarital sex is one such practice. A nomadic tribe in the Bastar region of Chhattisgarh, Bison-Horn Maria, doesn’t give primacy to “premarital chastity.” In fact, it values sexual comfort between lovers. British civil servant Wilfrid Grigson did a comprehensive ethnographic study of this tribe, The Maria Gonds of Bastar, which was published in 1938. In the book, he documented a marriage he once attended. He wrote that the couple had sex multiple times to check their sexual compatibility. It was only when they were satisfied with each other that they married.

Vice India reported last year that “there is almost no sex crime in Horn Maria tribe.” Experts attribute this to their sexually liberating practices. Strangely, premarital chastity is revered in our society, especially for girls. If a girl gets sexually involved with someone before marriage, it becomes a question of character for her because — as late woman rights activist Kamla Bhasin put it — the patriarchal society family’s honour lies in the “vagina” of a woman.

Muria Gond, another tribe in the Bastar region of Chhattisgarh, constructs ghotul, a typical hut surrounded by walls made of wood, where young boys and girls can spend time. The idea behind this is to provide an environment for young members of the tribe to explore their sexuality and develop a feeling of togetherness. Boys and girls can have sex with one or more partners. They are encouraged to change partners after a period of a maximum of seven days.

The elders of the Muria tribe assist young boys and girls of ghotul by teaching them discipline and inculcating the value of cleanliness and hard work. Food and toddy are served. Anthropologist Verrier Elwin wrote in his memoir, The Tribal World of Verrier Elwin (1964): “The message of the ghotul – that youth must be served, that freedom and happiness are more to be treasured than any material gain, that friendliness and sympathy, hospitality and unity are of the first importance, and above all that human love – and its physical expression – is beautiful, clean and precious, is typically Indian.” 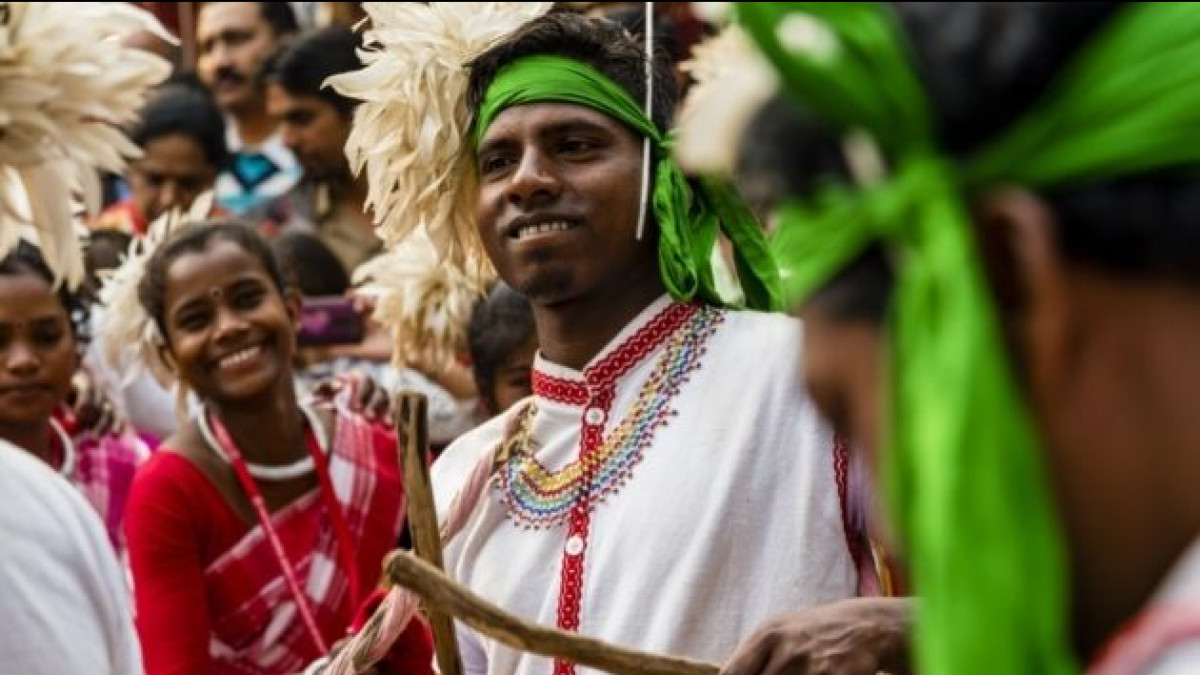 Marriage and mating among Indian tribes.

The sexually liberated design of tribal lifestyle challenges all definitions that recognise them as “primitive” by mainstream standards. They, in fact, come as a prototype of a progressive set-up in some way. The model they offer — a notion eerie for traditionalists — can provide a cue to our search for a new sex education model. In a hit show on Netflix called Sex Education, considered to be ground-breaking, the fictional Moordale Secondary School is some kind of dormitory, a ghotul of sorts. Everyone knows that teenagers would confront their sexuality, indulge in sex. But a good sex education can help them do it better.

Sex Education depicts the healthy ways of exploring sexuality; it shines a light on the role parents can play in providing a healthy environment to teenagers where they are introduced to sex-ed.

Love Through The Lens: The Changing Face of Romance in Bollywood

A study by Columbia University’s Sexual Health Imitative to Foster Transformation (SHIFT) suggests sex education before 18 can reduce the risk of sexual assault; it helps in better relationship-building, understanding and intimacy. However, Muria, a 1982 documentary by the BBC, and the subsequent media attention affected the image of ghotuls — many found them polyamorous. Thus, ghotuls went through a lot of changes. “Currently, while the ghotuls still exist, they are more recreational centres for the tribal youth to interact in the evenings, before returning home for the night,” writes Shruti Chakraborty, editor of Sahapedia, an open online resource website on the arts, cultures and heritage of India.

The Garasia tribe of Rajasthan and Gujarat not only allows youngsters to choose their partner but also live-in relationships — this practice is called dapa. An annual festival, “Siyawa-ka-Gaur Mela,” is organised, where young boys and girls come and choose the partners they wish to live with. For members of the Garasia tribe, marriage is not mandatory to live with a partner but “love”. If a Garasia woman falls in love with someone else and wants to leave her partner, she is allowed to do that. But, in that case, her new lover has to pay some amount to her ex-husband, which often becomes an issue of contention, and physical fights between families occur. A member of the Garasia tribe said, “Rich members of our community get married early while the poor remain unmarried for long. In that case, live-in is the option — marriage can happen at a later age.” He added, “Deadly fights happen in our tribe on the issue of marriage. Obviously, if somebody’s wife dumped him, how can a man wear such a badge of shame? So, in such cases fights between families and even between villages occur.”

In mainstream societies, on the other hand, regressive practices like honour killing, child marriage and dowry deaths are still prevalent, particularly in Rajasthan and Gujarat. Live-in relationship is still a strange phenomenon in Indian society, except in metropolitan cities. In 2021, a couple had to file pleas in Punjab and Haryana High Court to seek protection as the family of a petitioner was against their live-in. The Court observed that the “individual had the right to formalise the relationship with the partner through marriage or to adopt the non-formal approach of a live-in-relationship.” It said that it was a part of the “Right to Life” enshrined under Article 21 in the Indian Constitution.

Another interesting thing about the Garasia tribe is that members can marry even after the age of 50 or 60, which is rare in the mainstream culture. Old people falling in love are often looked down upon. But the Garasia tribe doesn't censor that: anyone at any age can fall in love, choose a partner, and marry. The Munda, Oraon and Ho tribes of Jharkhand also practice “dhuku” marriage, which is in principle a live-in relationship. But that practice has its root in poverty because, for marriage, families have to organise a big feast and to avoid that, couples can live-in a relationship until they have enough to organise a feast.

In many tribal cultures, both boys and girls have to agree for a marriage to happen. In the Garasia tribe, the bride and groom often choose each other at an annual fair and the groom has to pay the bride’s family what is termed as “bride-price.” Bhil, Bhilala, Pateliya and Gond tribes of Malwa region (central India) also celebrate an annual festival around Holi called Bhagoriya Haat (elopement fair), where boys and girls can meet and elope. Later, families negotiate bride price and then only decisions on marriages are made.

While in the mainstream culture, “choice” is a function of parents and family, especially for girls. Parents often select a groom or bride, mostly from the same caste and religion. It doesn’t consider “love” as a necessary precondition for marriage, which results in many problems like domestic violence, divorce, dowry etc. If someone marries in a different caste or religion that person faces social sanction or even honour killing. Tribal cultures, therefore, provide an important lesson that for marriage the constructs of “love” and “choice” are important preconditions. Though endogamy is prevalent in tribes, too, tribal women have some agency to choose their partners — and that is celebrated, not denounced.