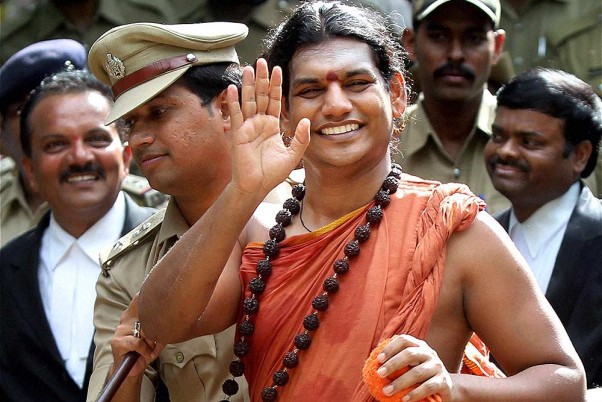 Stripped Of His Halo A hidden video camera exposed the ‘swamiji’ as a sexual pervert. The godman has since been trying to fend off a flurry of charges against him. 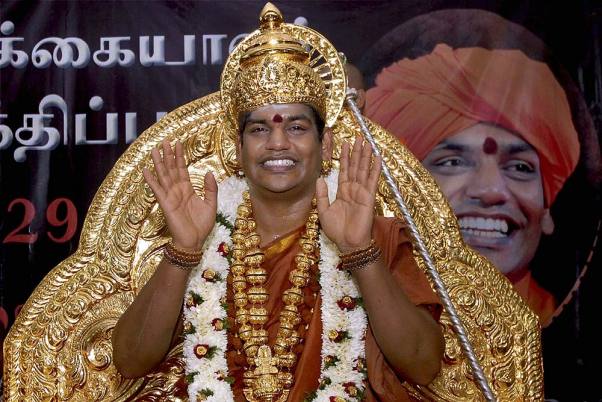 Swami Nithyananda The ‘obliging’ godmen of the modern era 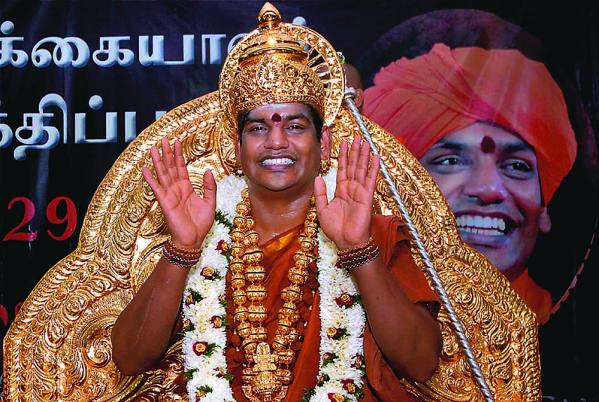 Swami Paramahansa Nithyananda Founder of the Nithyananda Mission, which claims to have 1,000 branches worldwide, is infamous for allegedly featuring in a sex tape with an actress. Spent some days in jail, but has bounced back. Many cases pending. His ashram is in Bidadi, 30 km from Bangalore. 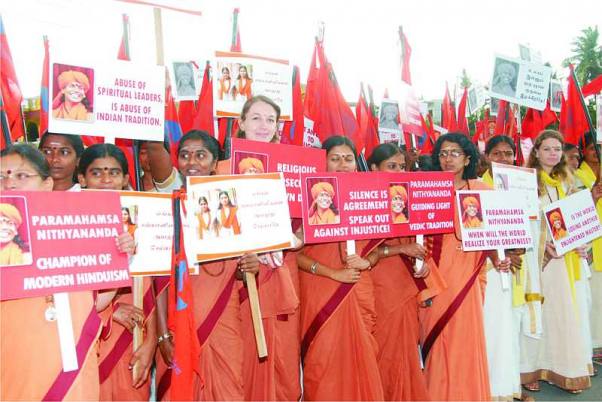 Supporters of Swami Nithyananda, protesting the charges against him 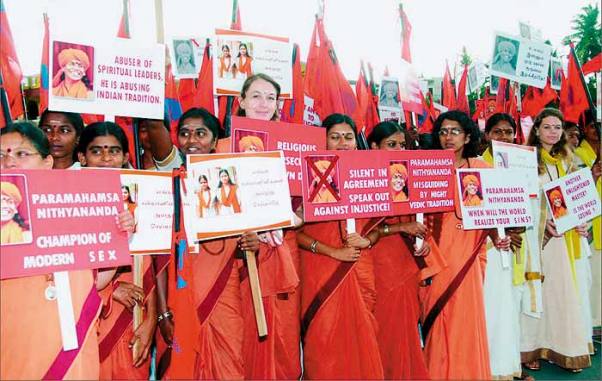 A morphed photo of women shown as protesting against Nithyananda. The messages on the placards have been changed meticulously from those supporting the Swami to attacking him 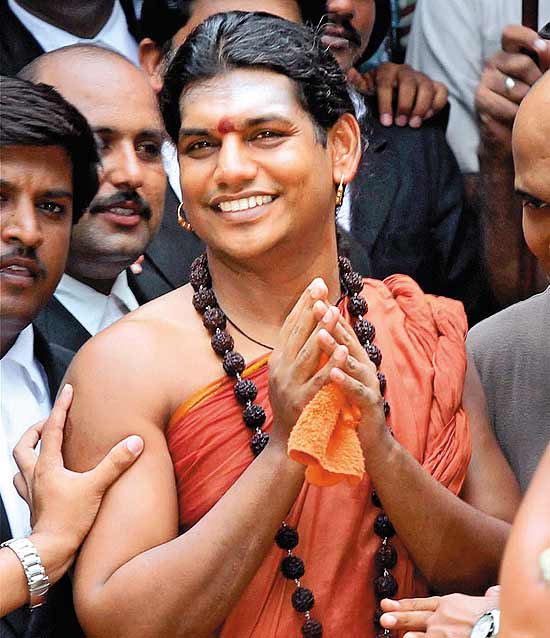 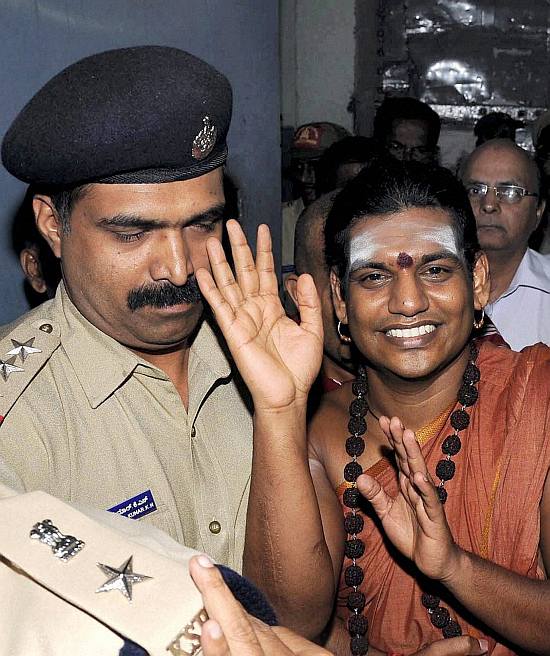 Swamy Nityananda waves upon his release on bail from Mysore central jail. 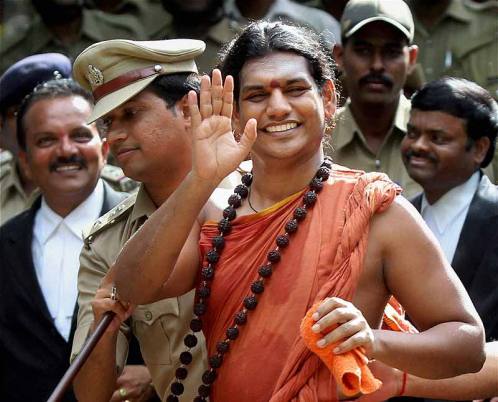 Swamy Nityananda after being produced in a court at Ramanagara near Bengaluru. 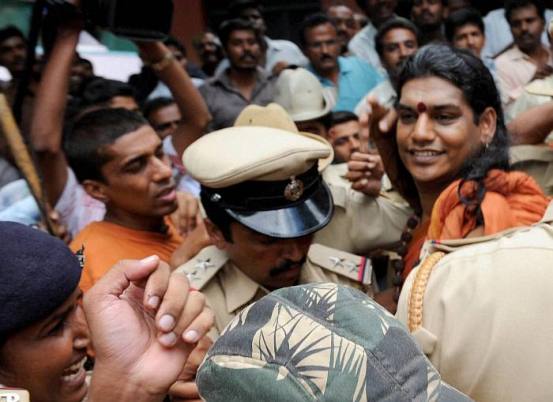 Police take away Swami Nityananda after he surrendered before a magistrate at a court in Ramanagara near Bengaluru. 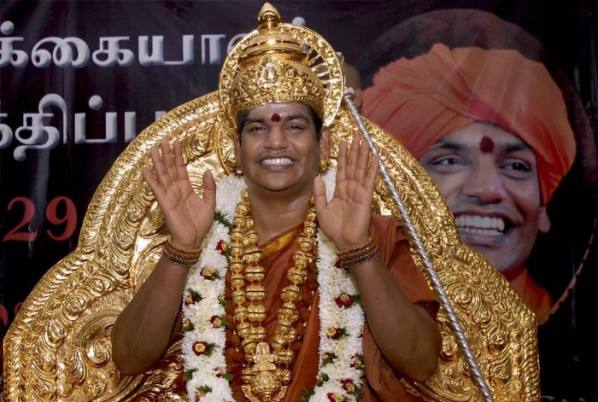 Self-styled godman Nityananda after being coronated as the 293rd pontiff of Madurai Adheenan (Mutt), one of the oldest Saivite mutts in the country, greets his followers in Madurai, Tamil Nadu. Hindu outfits, however, protested the appointment.Nityananda had landed in controversy after a video footage showing him in a compromising position with an actress was telecast by local TV channels in March 2010 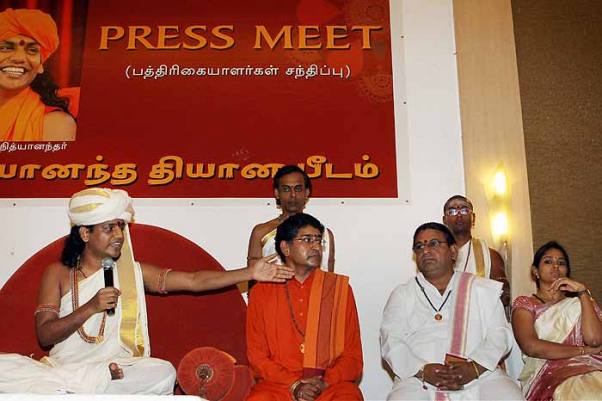 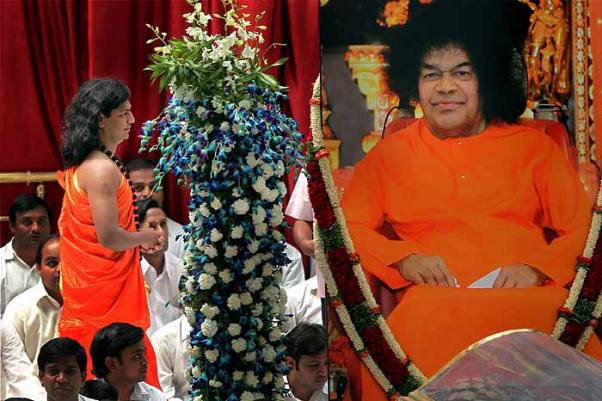 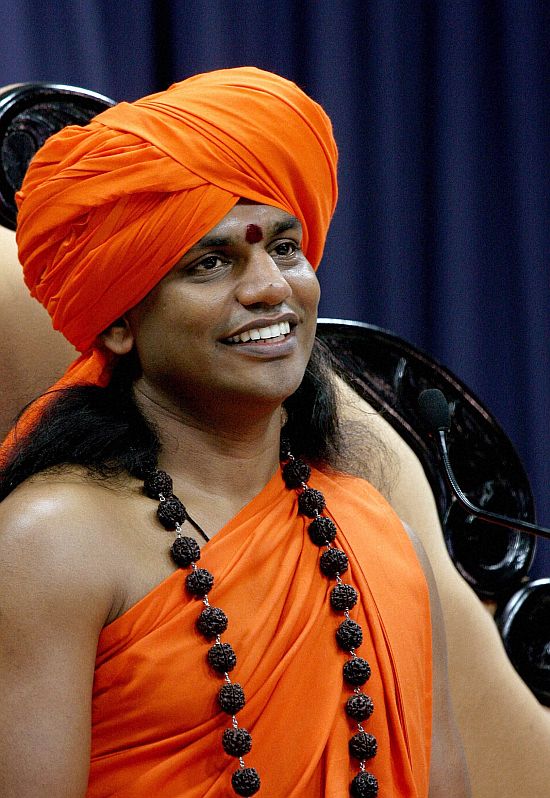 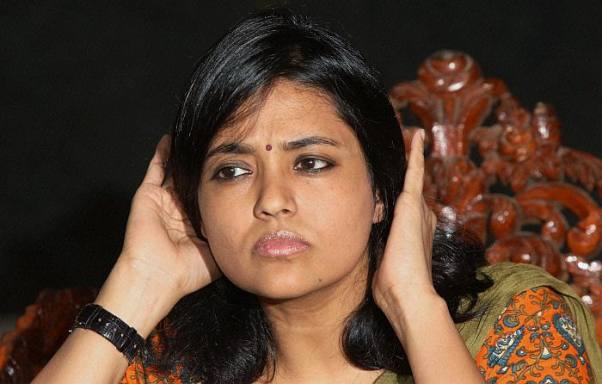 South Indian actress Ranjitha addresses a press conference during which she denied that she was the woman in a sleazy act video involving self-styled godman Nityananda Swami in Bangalore. 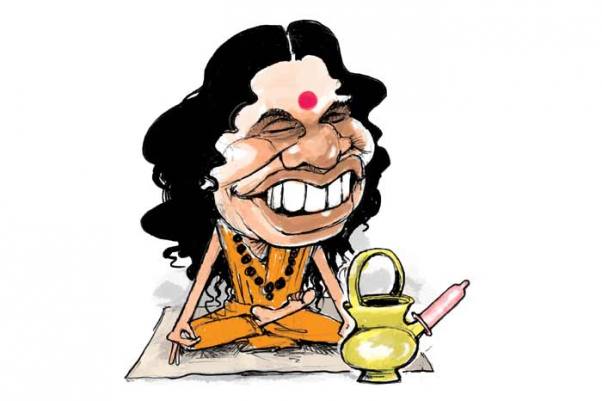 Swami Nityananda Swami and Fiends Award for ungodly bonding with women disciples and for his now-thwarted noble intention of leading a hermit’s life on a Los Angeles island. 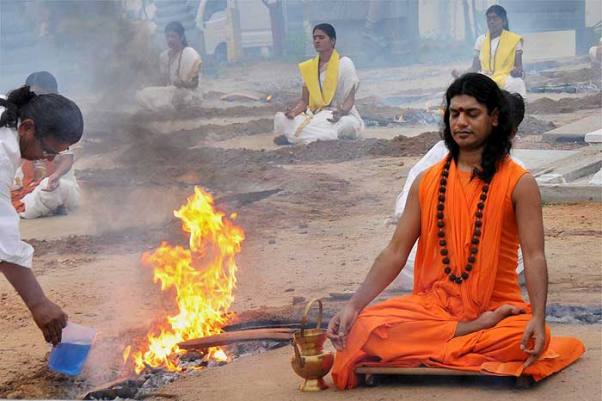 Self-style godman Swami Nithyananda performs a ritual with his disciples at his ashram after being released on bail from Ramnagaram Jail near Bangalore. 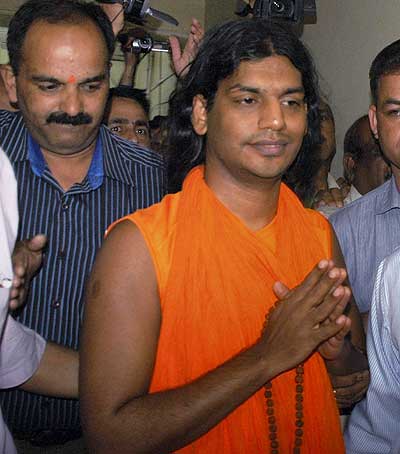 Self-styled godman Swami Nityananda, who was absconding in the wake of an alleged sex scandal, after being arrested from Arki village, some 50 kms from Shimla.

A medic administers the first dose of Covishield...

Farmers sit around a bonfire during their protest...