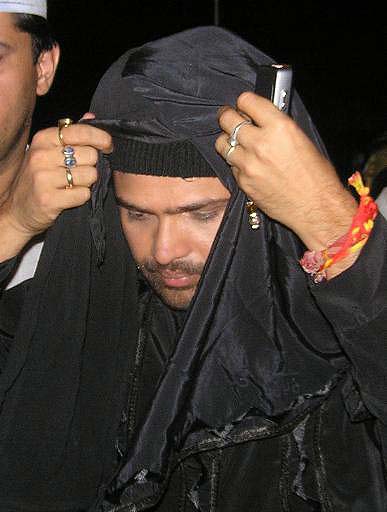 Playback singer and music director Himesh Reshammiya lifts the veil of his burqa at the tomb of Khwaja Moinuddin Chishti in Ajmer, Rajasthan. Reshammiya, who wore a burqa to avoid attention during his visit to the Sufi shrine late Tuesday night, has apologised after he was discovered and some people objected to his behaviour. However, Anjuman Committee, the official committee of the dargah khadims (servers) gave a clean chit to Reshammiya saying he did not commit any offence by offering ziyarat in a burqa and added that the "burqa is a respectable dress and there was no need for the singer to express his regret and tender apology".