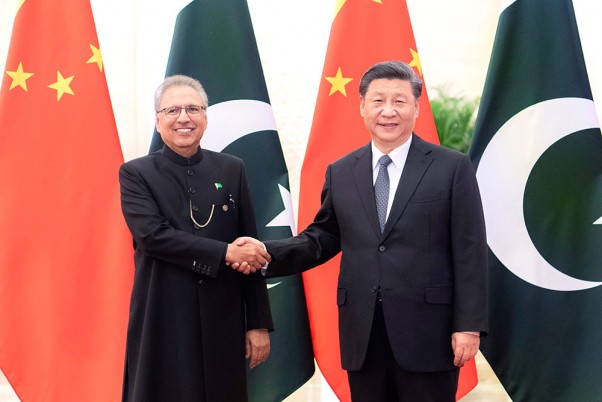 In this photo released by China's Xinhua News Agency, Chinese President Xi Jinping, right, shakes hands with Pakistan's President Arif Alvi before a meeting at the Great Hall of the People in Beijing. 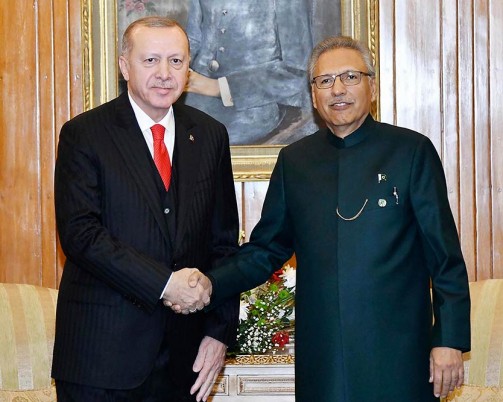 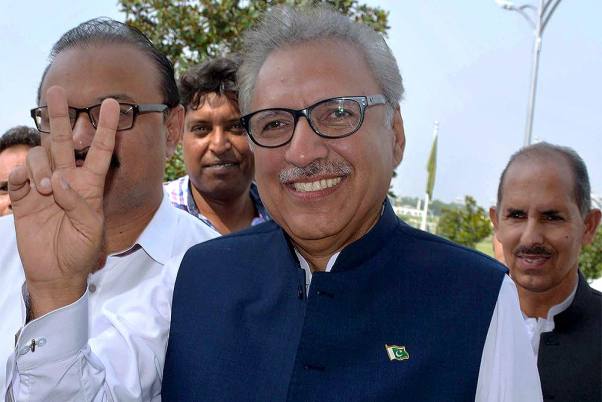 Arif Alvi, presidential candidate from the ruling Pakistan Tehreek-e-Insaf Party, makes a victory sign upon arrival at parliament in Islamabad, Pakistan. Polling started at Pakistan's parliament and four provincial legislatures to indirectly elect the country's new President, a process which will strengthen grip of the ruling party on power, as its nominee Alvi is expected to easily become new ceremonial head of the state.

Farmers hold a banner as they celebrate after the...