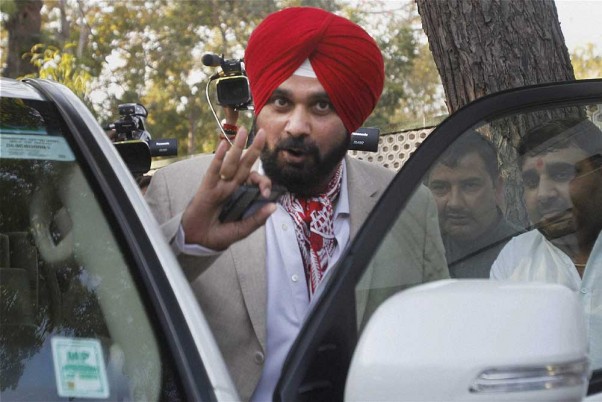 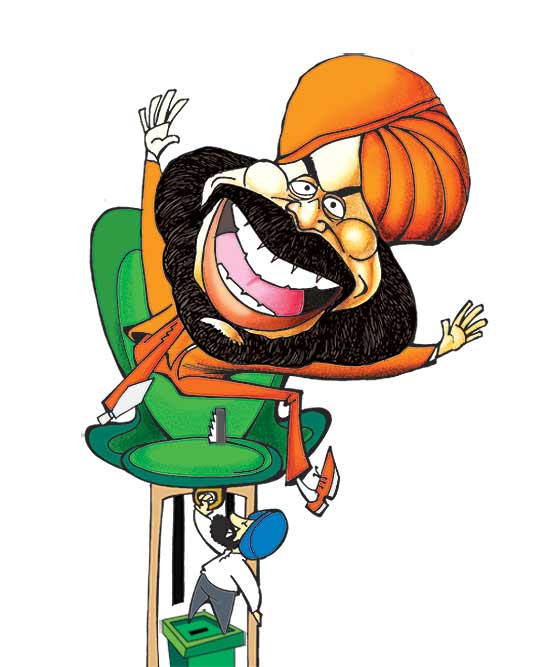 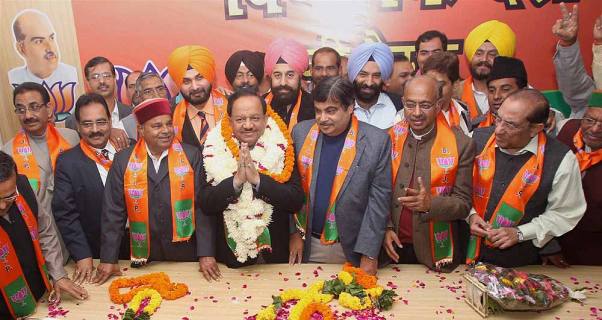 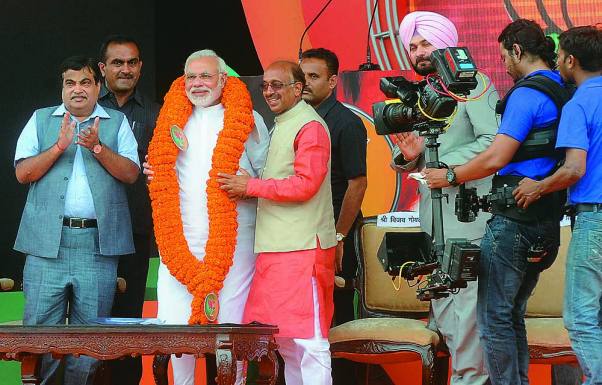 Eyeball catcher Modi at a rally in Delhi. A PR team is always close. 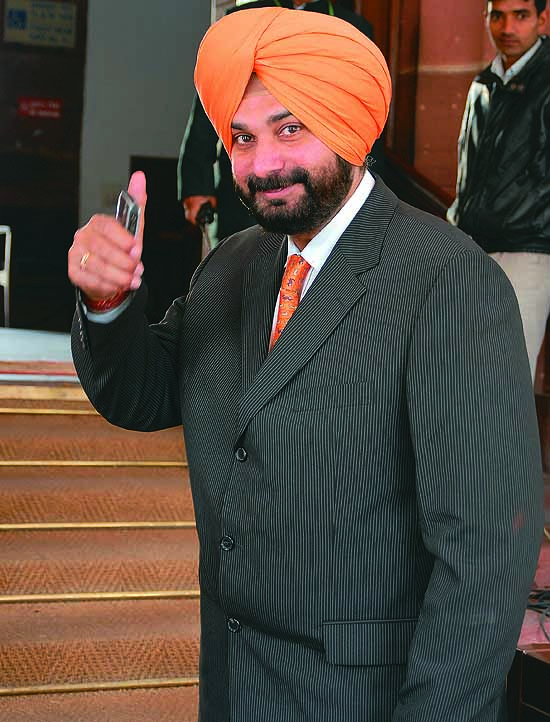 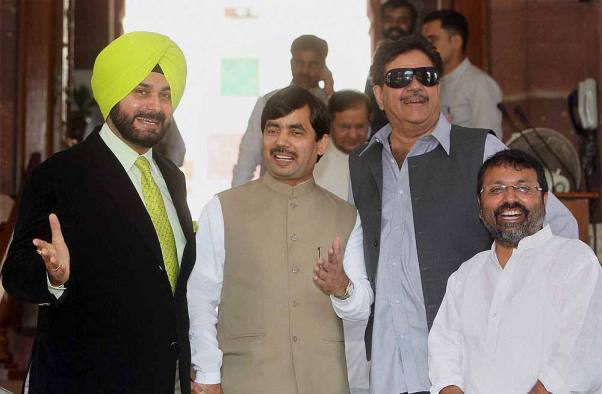 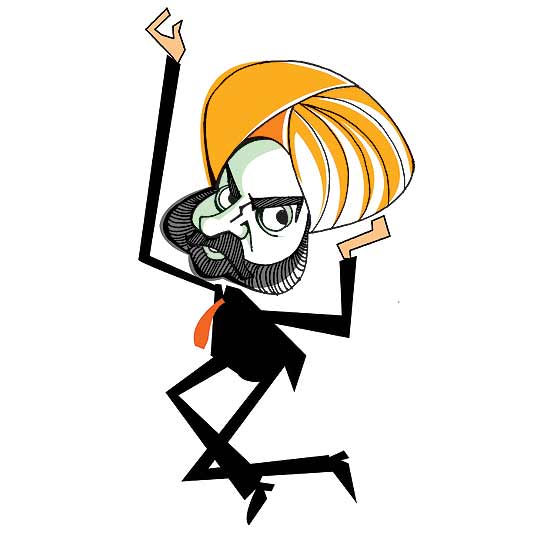 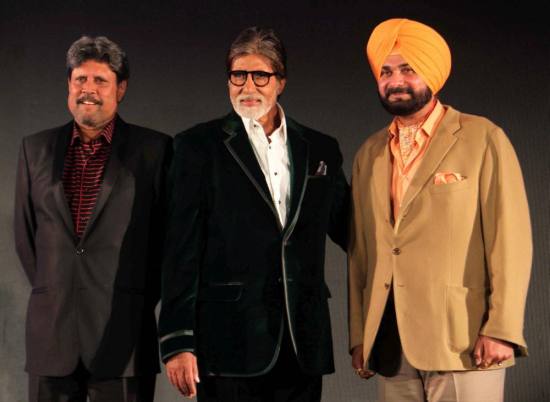 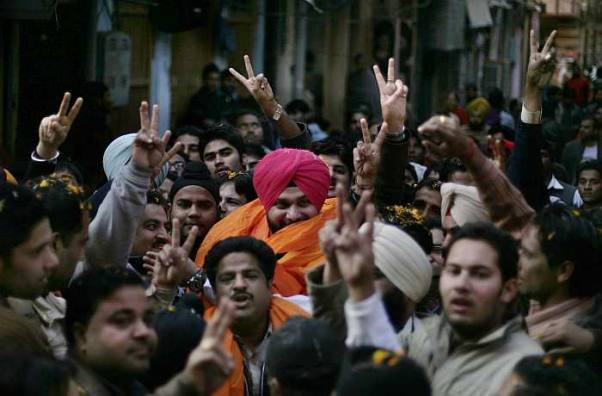 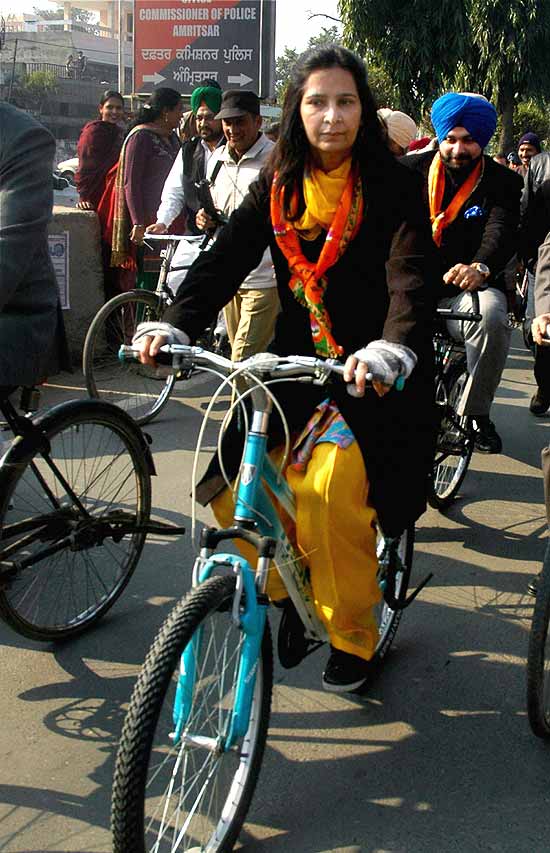 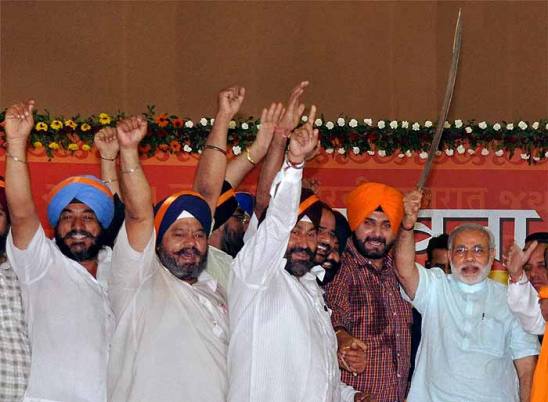 Gujarat's Chief Minister Narendra Modi holds a sword presented to him by his sikh supporters during second day of fast in Ahmedabad. 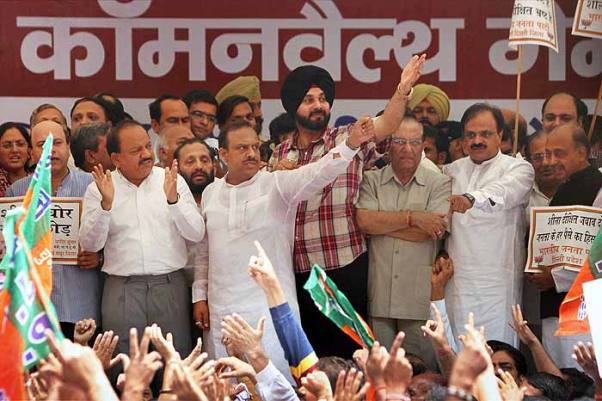 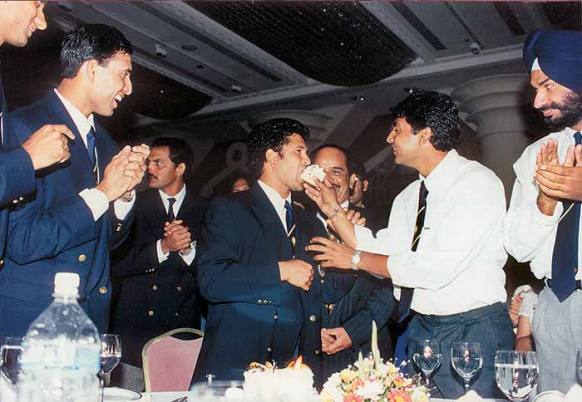 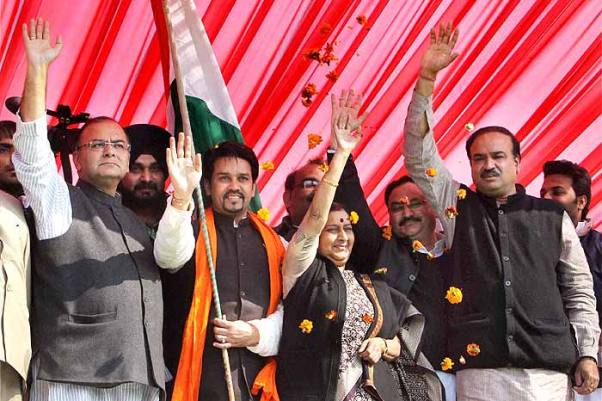 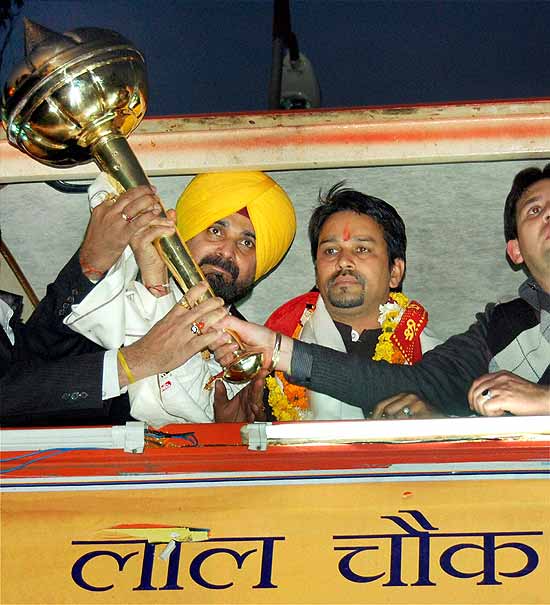 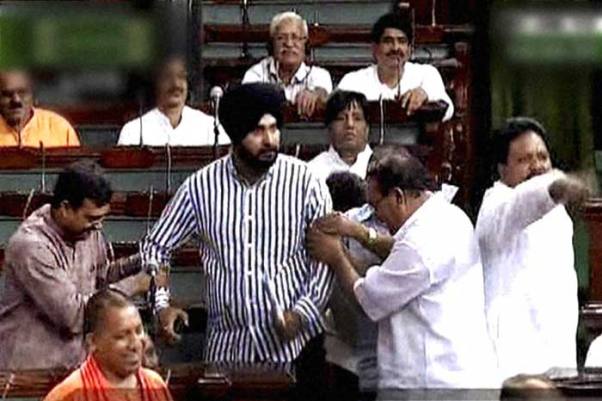 A TV Grab image of BJP MP Navjot Singh Sidhu in the Lok Sabha during the ongoing monsoon session of Parliament in New Delhi. 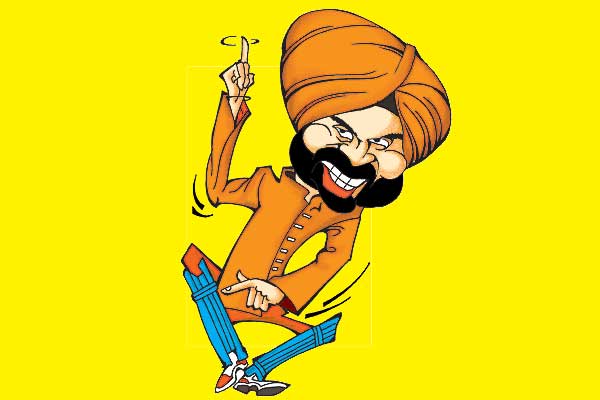 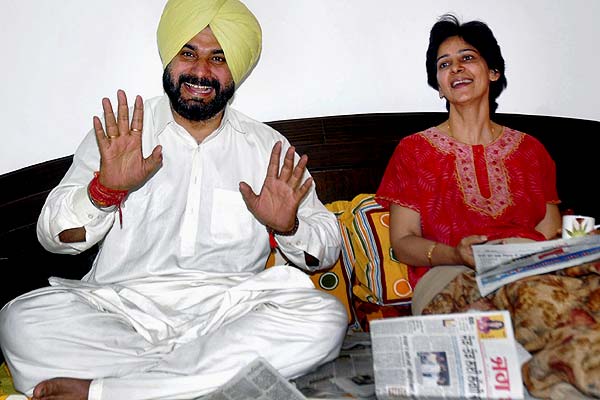 BJP candidate from Amritsar Navjot Singh Sidhu in a relaxed mood with his wife Navjot Kaur at their residence in Amritsar. 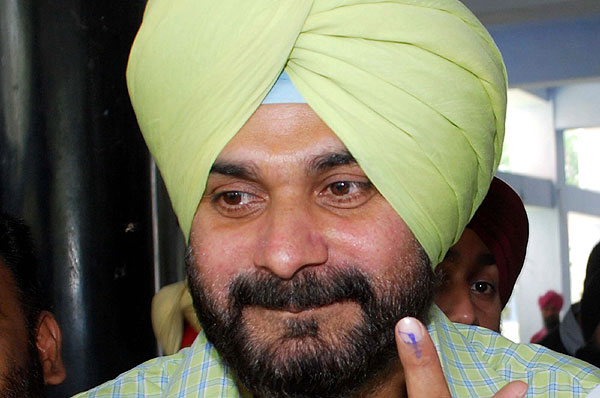 BJP candidate Navjot Singh Sidhu shows the indelible ink mark on his finger after casting his vote at a polling station in Amritsar. 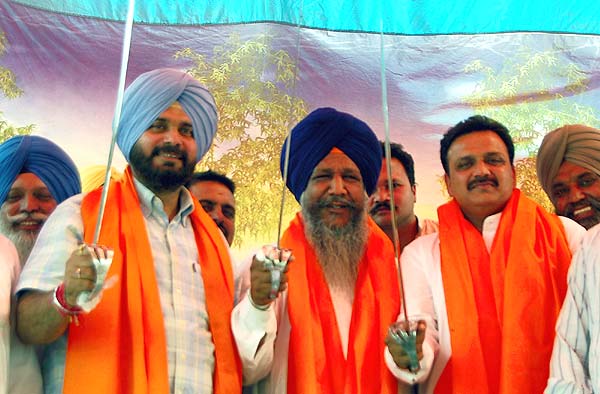 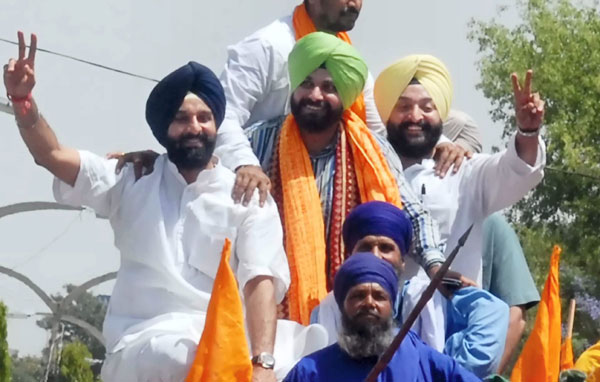 Former cricketer and BJP MP Navjot Singh Sidhu, with other leaders, atop an elephant while on his way to file his nomination papers for Amritsar parliamentary constituency. 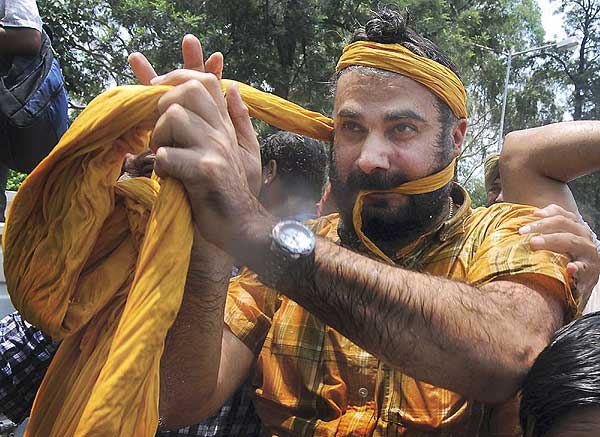 BJP MP Navjot Singh Sidhu being taken away after his arrest during a protest demonstration against rising inflation in Chandigarh. We were not within hearing distance to record any of the priceless Siddhuisms that must have followed. Perhaps we can suggest something to Sri Navtojji? Prices defy the law of gravity. When they go up, they do not come down. 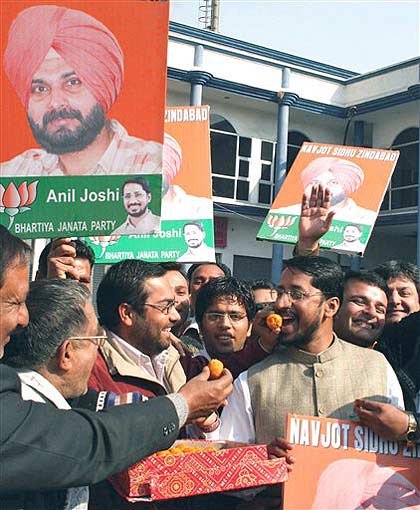 Tuesday 23 January
Supporters of former cricketer-turned-politician Navjot Singh Sidhu celebrate with sweets as they carry posters with his photographs in Amritsar. In a major relief to Sidhu and clearing his way to contest the Lok Sabha bypoll from Amritsar, the Supreme Court stayed his conviction in a road rage death case. The Punjab and Haryana High Court had earlier convicted and sentenced him to a three-year prison term for culpable homicide not amounting to murder for the death of 65-year-old Gurnam Singh in 1988 in Patiala. It's for the first time in the last 57 years that the apex court has stayed a criminal conviction by a lower court. In its verdict, the a Division Bench comprising Justices G P Mathur and R V Raveendran observed that the FIR does not mention that Sidhu gave the blow which resulted in the death of Gurnam Singh, it was not clear whether Gurnam died of cardiac arrest or otherwise and since Sidhu had resigned from his MP's seat on moral grounds, it would not be fair to prevent him from standing for elections again. Soon after the order, BJP president Rajnath Singh renamed the star campaigner as its candidate for the Amritsar Lok Sabha seat. 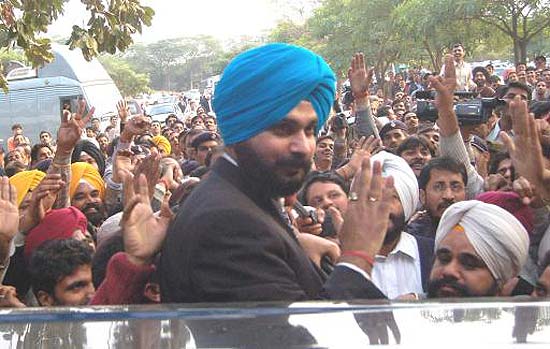 Former cricketer-turned-politician Navjot Singh Sidhu comes out of the Punjab and Haryana High Court in Chandigarh. The 43-year-old high-profile wisecracking former Indian opener, who resigned as BJP member of Lok Sabha last week after being convicted of causing the death of an elderly man on a Patiala street 18 years ago, was today given three years rigorous imprisonment but the sentence was suspended till the end of the next month to enable him to appeal. In addition to the three years RI, Sidhu was also sentenced three months of RI under section 323 of IPC (causing injuries to the witness). Extending similar relief, the court also sentenced the other convict in the case Rupinder Singh Sandhu to three years rigorous imprisonment. Reacting to the judgement, Sidhu, who was also fined Rs one lakh to be paid to the widow of the deceased Gurnam Singh, maintained he was not guilty but came to the court in deference to law and he would definitely appeal against the judgement. 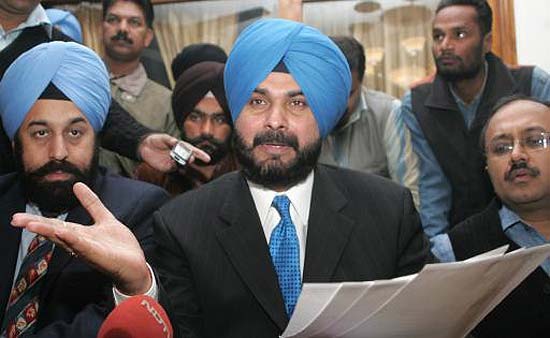 Friday 1 December
Former cricketer and BJP MP from Amritsar Navjot Singh Sidhu speaks to the media in New Delhi following his conviction in a road-rage case by the Punjab and Haryana High Court. Overruling a lower court order that had acquitted the 43-year-old Sidhu and his accomplice Rupinder Singh Sandhu, the Punjab and Haryana High Court held the duo guilty of 'culpable homicide not amounting to murder' of Gurnam Singh on December 27, 1988. According to an FIR registered by the victim's family with the police, Sidhu and Sandhu, who were travelling in a Gypsy, allegedly showered blows and punches on Gurnam Singh following a scuffle after their vehicles collided outside a bank in Patiala. Gurnam Singh, a heart patient, was taken to a hospital where he was declared brought dead while Sidhu and Sandhu fled from the spot with the keys of Singh's car. The High Court has fixed December 6 for hearing arguments from both the prosecution and defence on the quantum of sentence, which could be a maximum of ten years in prison. Soon after the court's order, Sidhu announced his resignation from the Parliament on "moral grounds", saying his principles "are above any office or power".