No Chance Should Be Taken With Anyone's Security: Shiv Sena On Withdrawal Of SPG From Gandhis

Shiv Sena asked who in the Union Home Ministry felt that the threat perception of the Gandhi family had reduced.

Trees Can't Vote So 'Murder' Them? Shiv Sena Tears Into BJP Over Felling Of Aarey Trees

Shiv Sena in its mouthpiece 'Saamna' said that when the latter happened people broke down. However, here neither the Prime Minister got emotional, nor the Chief Minister seemed worried. 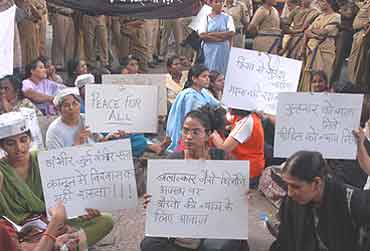 'If A Man Is Provoked By Such Clothes, Who Can One Blame?'

While the rape of a minor girl by a police officer at Mumbai's Marine Drive outraged the country and the city, Shiv Sena's Marathi mouthpiece Saamna on Monday, April 25, 2005, carried its very own take.

"I Was Not Aware Of Enron Phase-II"