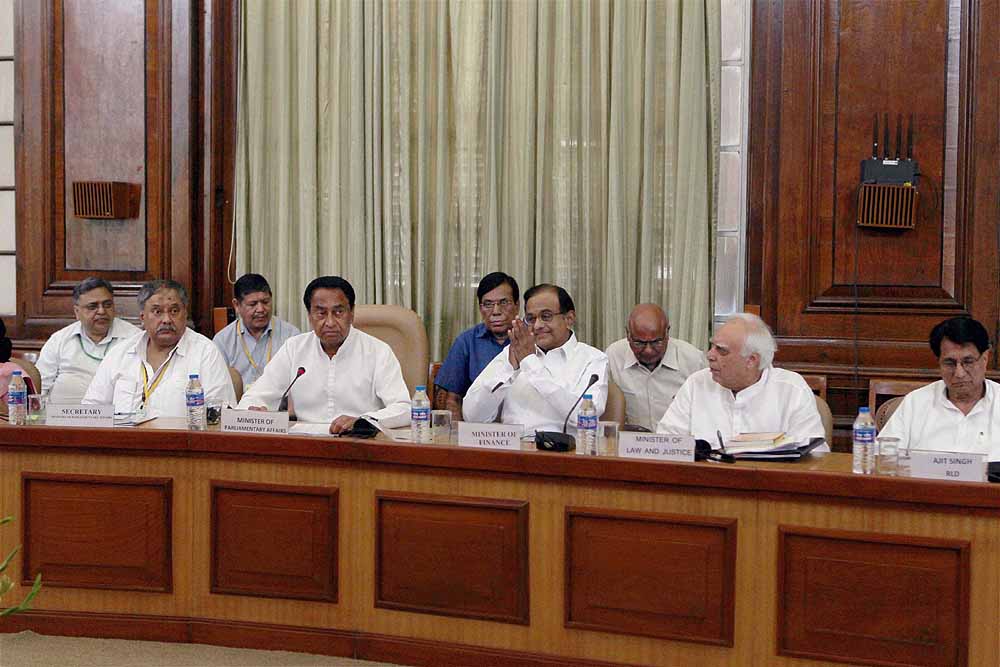 Former Chief Minister Digvijaya Singh's statement and a tweet from incumbent Chief Minister Kamal Nath over the issues were cited by the state ministers repeatedly.

As the proceedings began, Opposition leader Gopal Bhargav launched an attack on the Congress-led state government, saying: "A constitutional crisis-like situation has arisen in the state as questions are being raised outside the House over ministers' statements," said Bhargav.

However, Speaker N.P. Prajapati made it clear that discussion cannot be held on the basis of reports appearing in the media.

At this stage, Kamal Nath got up to say: "I do have knowledge of Constitution, so no one should try to teach me. We should not hold any discussion based on news reports."

It may be recalled that in response to a query from Congress MLA Harsh Vijay Gehlot, in a written reply state Home Minister Bala Bachchan had said: "The police had opened fire in Mandsaur's Pipalia Mandi in self-defence, to disperse the uncontrolled mob, and to protect government and private properties."

On the other hand, Forest Minister Umang Singhar has given clean-chit to previous government in the alleged plantation scam on Narmada banks and hinted that there no such scam took place.

Digvijaya had expressed dissatisfaction over the responses of two ministers in the Congress-led state government.

"Home Minister had dubbed the firing over farmers in Mandsaur as right, we can't accept it. And, Forest Minister had said that no corruption took place in the plantation drive at Narmada banks. It means they gave clean-chit to the Bharatiya Janata Party (BJP) government. The question is, what was the need to take a stand?" he said.

Kamal Nath had on Tuesday night tweeted in Hindi: "We won't spare the culprits of Mandsaur firing, or those of plantation scam, or those committing financial irregularities during the Singhastha. It's our resolve to get justice all - be it victim farmers or sentence to scamsters."

Here Is List Of Celebrities, Corporates And Ministers Who Donated To Fight Coronavirus

Next Story : Indo-Pak clash: We had 400,000 ticket applicants for that match, claims WC Tournament Director
Download the Outlook ​Magazines App. Six magazines, wherever you go! Play Store and App Store