In the 1980s, Belinda Wright’s documentary Land of the Tiger won two Emmys for its intimate portrayal of

the big cats of Kanha and Ranthambore. She became attached to the tigers she had recorded, but was left aghast when they began to disappear. She suspected they were victims of poachers looking to sell tiger parts.

One day, in 1994, at a public calling booth in a small town, she was surreptitiously offered four tiger skins for sale. She sprang into action, setting up a sting operation that helped arrest the seller. Following that, she undertook a number of other stings with the Madhya Pradesh police, and a year later established her own NGO, the Wildlife Protection Society of India (WPSI). She went on to become one of India’s most prominent wildlife conservationists.

One could say that Belinda had conservation in her blood. Her mother, Anne Wright, is a founder trustee of the World Wide Fund for Nature (WWF) India and part of Indira Gandhi’s Tiger Task Force. Her father, the late Robert Hamilton Wright, was involved in the setting up of Kipling Camp, a renowned eco-lodge at Kanha.

The past 23 years have seen Belinda execute countless seizures of tiger parts, and raids of poachers. Earlier, officials would not even recognise the existence of wildlife crimes. “They see such revelations as a blight on their management skills rather than looking at poaching as a problem that is bound to occur.” This mindset is a challenge even today, when the world has woken up to brutalities inflicted on tigers and other wildlife.

As part of the WPSI, Belinda successfully set up a network of informers and field investigators who track wildlife crimes. “Enforcement can only be carried out by government agencies,” she says. “Civil society can merely provide intelligence.” The WPSI has a database of 20,000 wildlife cases and 16,000 alleged criminals. In 2011 alone, it facilitated the arrest of 97 wildlife criminals.

Apart from tiger conservation, the WPSI also launched Operation Kachhapa in September 1998 to save the Olive Ridley sea turtle. Mechanised fishing trawlers along Odisha’s coastline have claimed a staggering 100,000 of these creatures over the past decade. Kachhapa has had a significant impact. The elephant conservation project launched in June 1999 took a similar approach as with tigers—an informer network was set up, which led to a significant seizure of ivory.

Belinda recognises that challenges still remain, such as that of the implementation of wildlife laws. The battle against poachers too continues, as many organised crime networks are involved and the trade is not just restricted to India. She also foresees that human–animal conflict will become India’s biggest wildlife conservation challenge in the future. Above all, her enthusiasm and fearlessness remain constant as she continues to steer the tiger story, hopefully towards a bright future

Kabini: Searching for the Call of the Kapila

The river Kabini nourishes small villages by its banks, magnificent animals in the jungle, and beautiful birds. Also, it beckons travellers to return who’ve visited before. 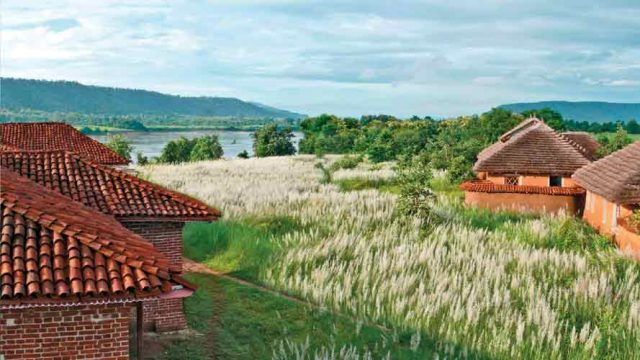 Sarai At Toria: A Responsible Escape by the Banks of the Ken

The Sarai at Toria is located only half an hour’s drive from Khajuraho. It lies on the banks of the River Ken, less than 2 kilometres from the entrance to the Panna Tiger Reserve at Madla