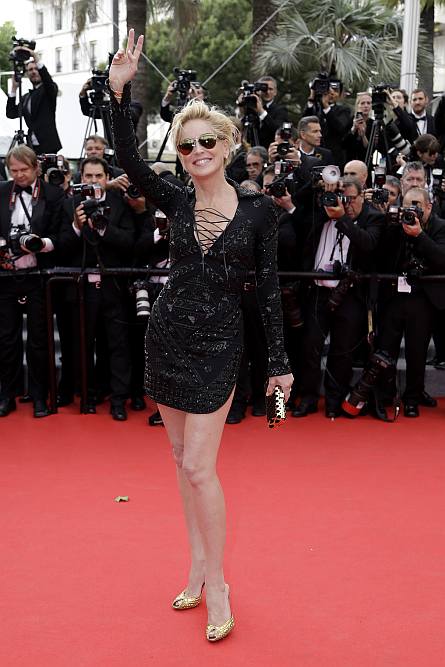 Sharon Stone poses for photographers as she arrives for the screening of The Search. 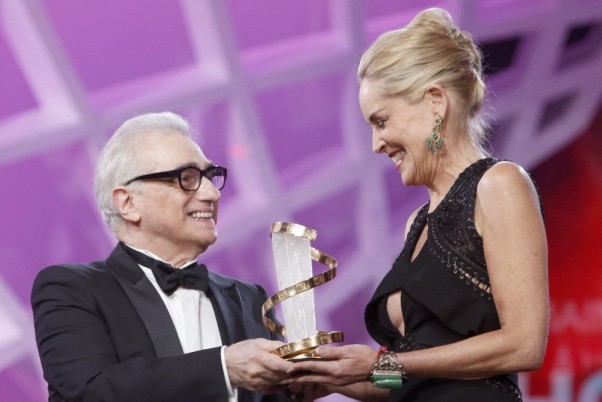 U.S. actress Sharon Stone receives a trophy in tribute to her lifetime career, from American film director Martin Scorsese, left, during the opening ceremony at the Marrakech International Film Festival in Marrakech. 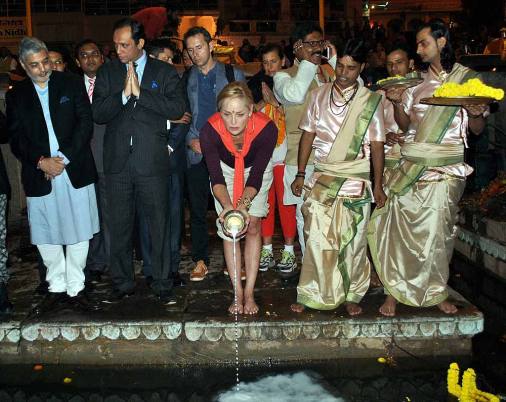 The Ghats Are Stoned Varanasi. The millennia-old city exemplifies the spirituality India is supposed to be awash in, at least in others' eyes. When mediated through Taj Hotels, it brings in puja offerings from the likes of Sharon Stone. Shine, the new sashes; shine, the thalis on which the marigolds gleam yellow. 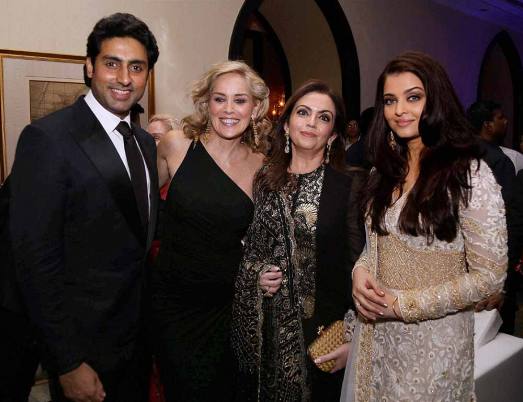 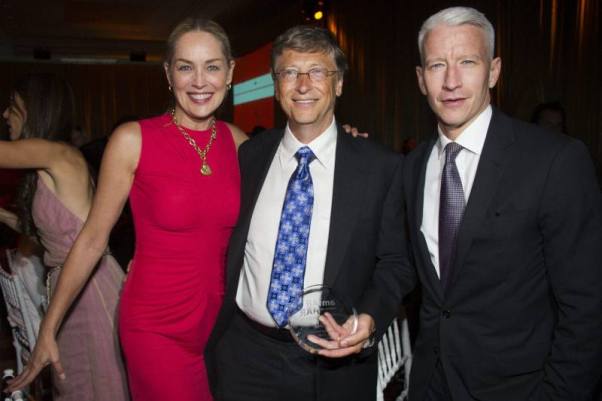 Sharon Stone, from left, Bill Gates and Anderson Cooper attend the "Together to End AIDS" amfAR benefit on in Washington. Bill Gates was honored with amfAR's Award of Courage. 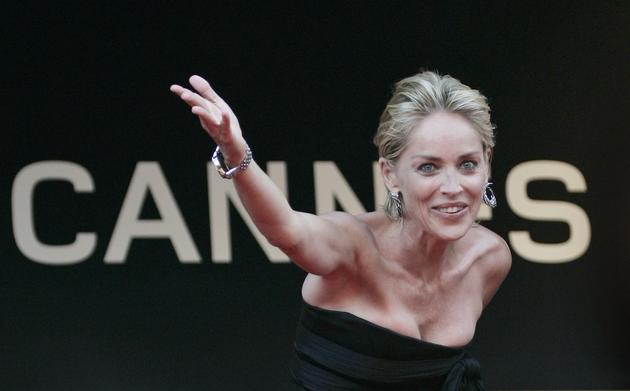 American actress Sharon Stone waves as she arrives for the screening of the film 'Inglourious Basterds' during the 62nd International film festival in Cannes, southern France, Wednesday, May 20, 2009.

If you've got it, flaunt it. Sharon Stone, 51, has posed topless on the cover of French magazine "Paris Match". 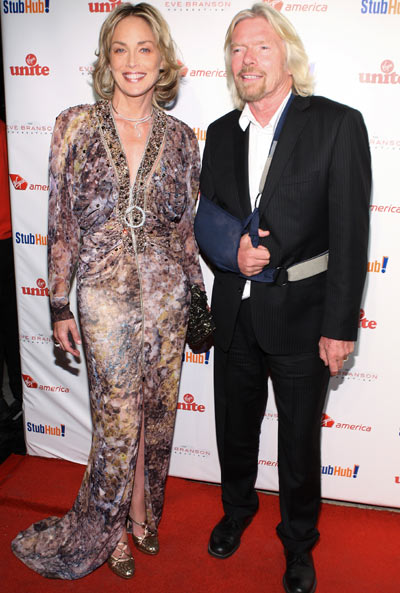 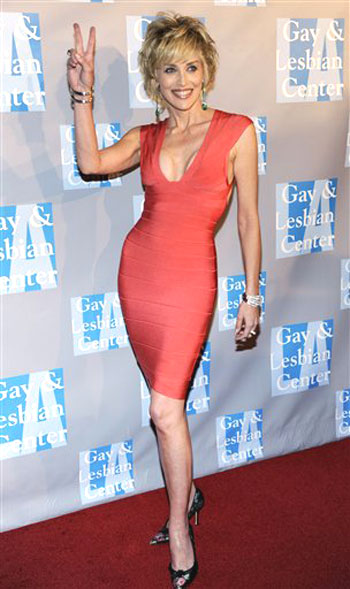 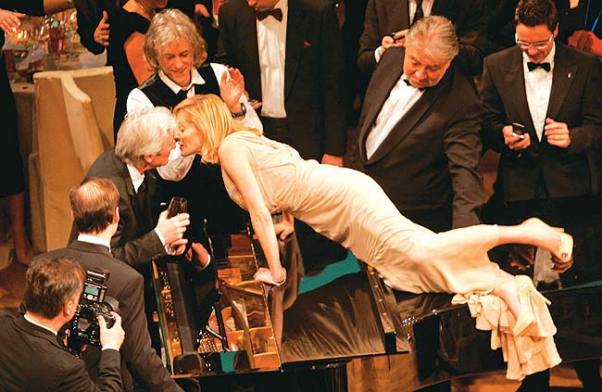 A piece of festival gymnastics draws remarkable agility from Sharon Stone as she stoops to snatch a kiss from Richard Gere at the Berlinale Film Festival. 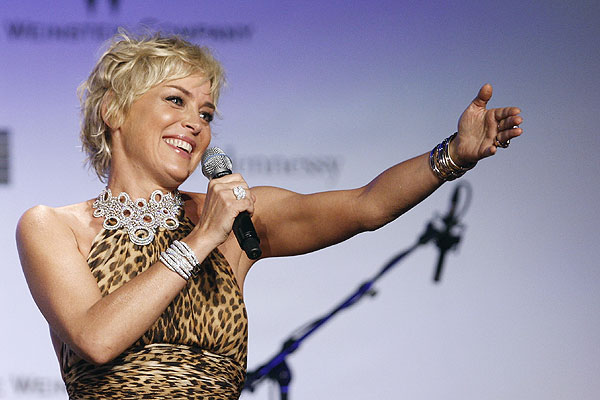 Instant Karma. Sharon Stone always manages to stir things up somehow. This time during her appearance at Cannes film festival, she was quoted as saying: "I'm not happy about the way the Chinese are treating the Tibetans because I don't think anyone should be unkind to anyone else. And then this earthquake and all this stuff happened, and then I thought, is that karma? When you're not nice that the bad things happen to you?" That was enough to cause quite another earthquake. Xinhua news agency quickly described her as "the public enemy of all mankind". The French fashion Christian Dior was quick to issue an apology and pull her from its Chinese ad campaign for anti-ageing products. Her posters were quickly taken off. An apology followed from her as well: "My erroneous words and deeds angered and saddened the Chinese people, and I sincerely apologise for this," the Basic Instinct star said in a statement issued by Dior China. "I am willing to take part in the relief work of China's earthquake and wholly devote myself to helping affected Chinese people." But the Chinese are not convinced. "China Daily" has been characteristically blunt: "Dalai Lama is not a good source of information about present-day Tibet. He has been out for too long, almost half a century. ...if she has no interest in finding out the truth, we advise Ms Stone to shut up for the sake of her own credibility and avoid making silly mistakes."

A medic administers the first dose of Covishield...

Afghan security officers inspect the site of a...