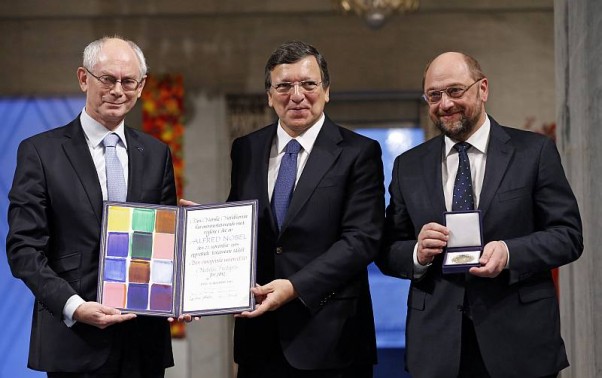 A motorcyclist drives past shops that were set on...