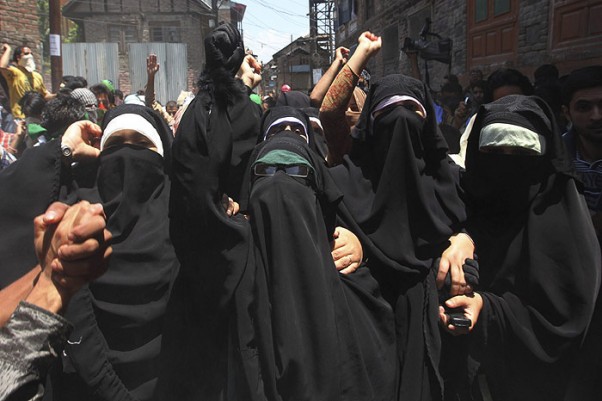 Asiya Andrabi, second left, chief of Kashmiri women’s separatist group Dukhtaran-e-Milat, or Daughters of the Nation, shout freedom slogans along with supporters during a protest in Srinagar. 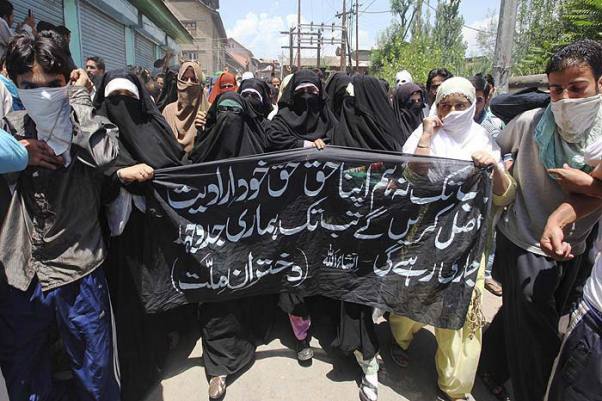 Asiya Andrabi, third left, chief of Kashmiri women’s separatist group Dukhtaran-e-Milat, or Daughters of the Nation, shout freedom slogans along with supporters during a protest in Srinagar. Authorities imposed an indefinite curfew in parts of Srinagar and key towns on Wednesday as street protests and clashes surged in the region leaving at least 11 dead over the past three weeks in firing blamed on police and paramilitary soldiers. Banner reads "Our struggle will continue till we achieve our right to self determination." 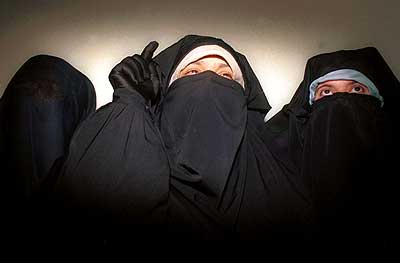 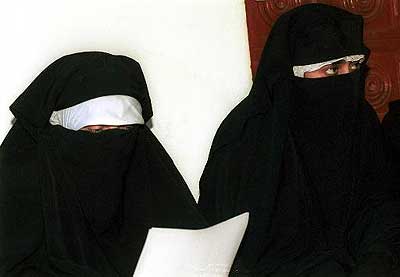 Asiya Andrabi, left, chief of the radical Islamic women group Dukhtaran-e-Milat, addresses the press at an undisclosed location in Srinagar. Asiya appealed to the people of Kashmir to boycott the forthcoming State Assembly elections. 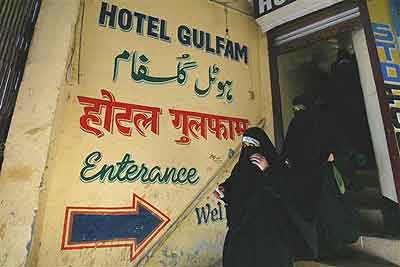 Tuesday 30 AugustMembers of Dukhtaran-e-Milat, a Kashmiri women separatist group, come out of a hotel after a raid in Srinagar. Asiya Andrabi, chief of the group, said that they have formed the "Marayam Squad" that will raid brothels and hotels to stop "adultery and immoral practices" in the Kashmir region. The move follows raids by police in Srinagar and other parts of the Kashmir Valley over the past few weeks on suspected brothels, resulting in several arrests. The group has earlier smeared black paint on racy Bollywood film posters portraying revealingly clad women and has also been campaigning for women to veil themselves fully. 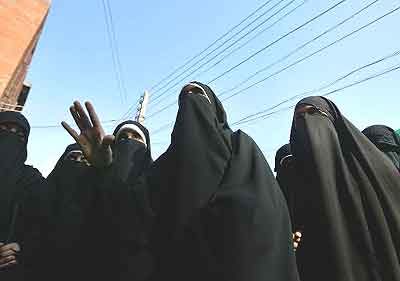 Saturday 17 SeptemberVeiled Kashmiri college girls participate in a protest demonstration demanding the release of Kashmiri separatist leader Aasiya Andrabi in Srinagar. Andrabi, the head of the only female separatist group in Kashmir, Dukhtaran-e-Millat, was arrested on 1st September after raiding hotels and restaurants during a morality campaign to root out snuggling couples and alleged sex workers.

Passengers deboard from a train stuck on a...