John Wright, who was also associated with IPL side Mumbai Indians, became Derbyshire's Specialist Twenty20 coach in 2017 and led the side to its first Vitality Blast quarter-final in more than a decade 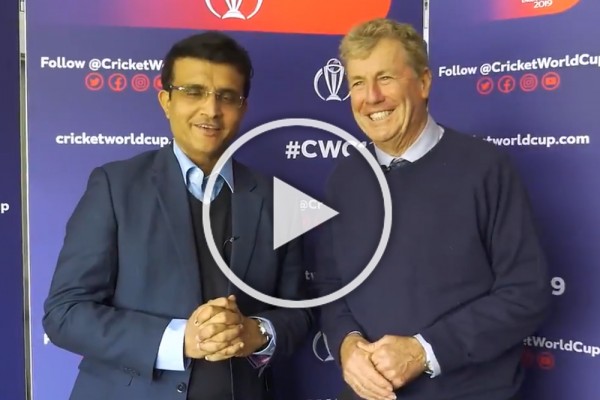 When Viru Was 'Collared'

Continuing his disclosures during his stint as coach, John Wright recalls an explosive moment in the Indian dressing room: "I had enough of players trotting out the 'natural game' line as an excuse for failing...Not realising that my exasperation lev

'There Was Suspicion And Doubt'

'My interaction with the players was positive. They were all performers for their country, proud warriors who viewed with trepidation (it was understandable) if a foreigner would be good enough for their team.'

'...they know nothing about our cricket or our system, when they are here they agree with everyone but once they go back after raking in the moolah, they come out with such allegations.'

'Sourav Had To Go'

It's the season for spicy, sensational disclosures in books, and former Indian coach John Wright has come up with his own, his comments on regionalism, scapegoating of Kaif and Laxman, and of course, Sachin are bound to be grist for the mills.

'I thought it was going to be this season but the elbow was a real problem. I believe he is capable of scoring 100 international hundreds.'

'The Team Will Bounce Back'

Though saddened to end his stint on a losing note, the outgoing Indian coach reposes faith in his beleaguered wards to do well in the 2007 World Cup.

'Even Bangladesh Can Surprise'

'We will concentrate on one game at a time and our game plans should go well with the performance and hopefully, the wins will happen,' says the Indian coach while warning his wards against complacency

'I Prefer A Back Seat'

The Indian coach reveals in a candid interview 'I am just in a support role in the team... Publicity sort of terrifies me.'

'Home Advantage Should Be Kept In Mind'

'It is the responsibility of people preparing the wickets to keep these things in mind. One probably needs to raise these points at times,' says the Indian coach

'Not All Work And No Fun'

Assuring the conditioning camp will not be just 'challenging and hard-working, but also fun,' the Indian coach informs the opportunity will be used to 'spell out plans and goals to achieve in the coming season'

'Few Scores To Settle With Kiwis'

Pointing out India's good record at home, the Indian coach says his team will work hard and be well prepared for the forthcoming series

'No Room For Complacency'

'We are still half-way along the road. We have to realise we are just one of the six teams competing for the title.'

While praising Dravid and Tendulkar in their new roles, John Wright stresses Sachin could still be opening the innings.