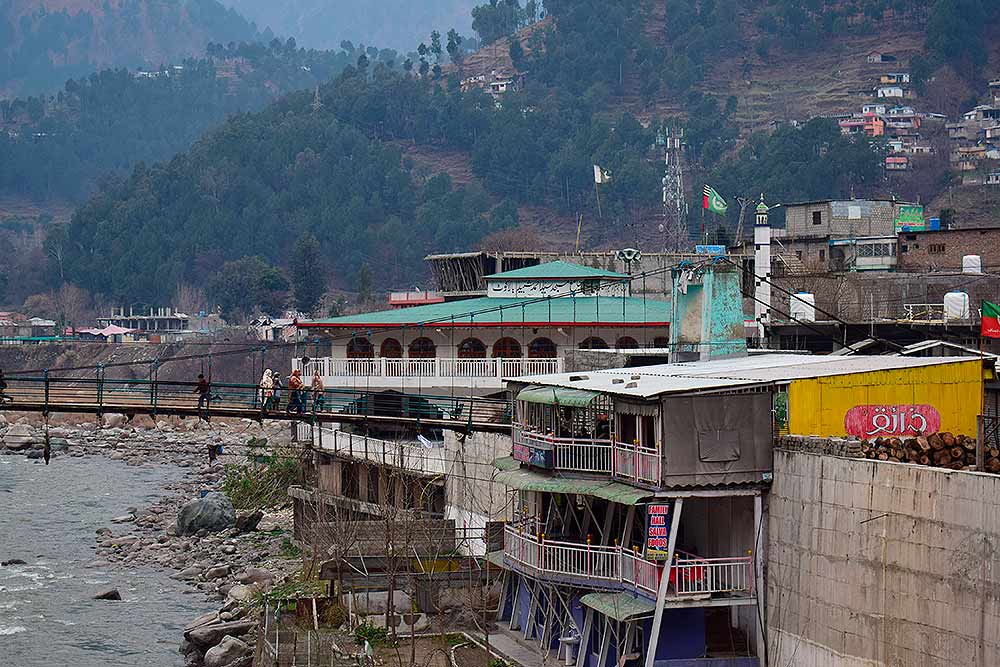 New Delhi, Feb 26 (PTI) As India struck a JeM training camp in Pakistan early Tuesday, Twitter transformed into nothing less than a social media battleground with users deploying Bollywood references, clever words, humour and other arrows in their arsenal to make their point.

Both Indians and Pakistanis jumped at the opportunity to get down to action on the micro-blogging site, and in no time hashtags like #surgicalstrike2, #indiastrikespakistan, #indiastrikesback were topping the trending list.

One of the most popular tweets from this side of the border was a tweaked version of a dialogue from the Bollywood film "Uri: The Surgical Strike".

"How's the Jaish?/Dead Sir," several twitter users wrote and many others retweeted.

The oft-quoted dialogue from the hit film is, "How's the josh? High Sir."

"PAF: Sleep tight because PAF is awake. Reply from IAF: 3:30am, Jaag ke kya ukhaad liya? (What did you achieve by being awake?) #Surgicalstrike2."

Even politician Omar Abdullah couldn't help but join in.

Retweeting Pakistan Defence's post, he wrote, "This one will be filed under 'tweets we wish we hadn't put out but can't delete now'. Don't worry we all have them just not on this scale perhaps."

Some tweets also took a jibe at Pakistan's rejection of India's claim over destroying a terror camp.

Famous scenes from Bollywood films also came in handy for Twitterati who used them as memes to express their pride and excitement over the IAF's achievement.

A tweet by Aam Aadmi Party's handle shared an iconic scene from "Border" where Sunny Deol is seen giving a thumbs up to pilot Jackie Shroff flying the fighter aircraft.

Users also posted a scene from the Salman-Govinda starrer 'Partner' to convey their "itni khushi" -- a famous dialogue in the film.

Videos of celebrations in Kolkata and Gujarat showing people distributing sweets and bursting crackers were doing the rounds on social media.

According to these tweets, what the Indian Air Force bombed was not a terror camp but simply trees.

"My name is tree and I am not a terrorist. #Surgicalstrike2," a tweet read.

The pinpointed and swift air strike, lasting less than two minutes, was a "preventive" operation, officials in India said.

India Calculated England's Ineptitude Against Spin And Used It To Advantage: Ian Chappell

Next Story : Will support security forces in endeavour to end terrorism: Cong after all-party meeting
Download the Outlook ​Magazines App. Six magazines, wherever you go! Play Store and App Store