"After Light Comes Darkness, And..."

I met Khan in a farm house on the outskirts of Bombay. He was bare-chested and cutting his nails with a big knife.

The Indian captain defends his decision to bowl first but admits that it was 'generally a poor bowling performance' and that even chasing 300 runs was possible but 360 was a bit too much.

"We Are Not Here To Watch Cricket"

As the Indians come down from the narrow stairs on Thursday, they will know that a billion people back home will never forgive them if they don't win. The Kenyans, on the other hand, as their coach says smugly, 'have nothing to lose'.

'The Idea Is To Just Enjoy The Game'

It doesn't really matter if it's Australia or India that they play. They both look equally tough, says the Kenyan captain. 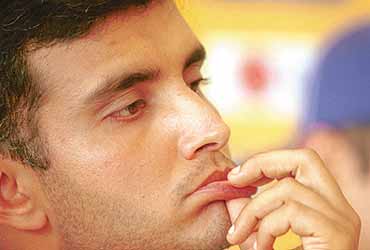 Aren't we ready to face the Aussies? The Indian captain publicly admits he would much rather play the Sri Lankans -- despite seven straight wins! Spiritless Australia phobia or what? What's in a metal cup when some other team is still considered the 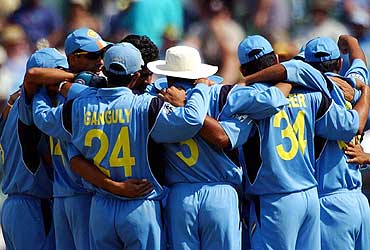 It didn't rain, it poured -- but not the kind the Sri Lankans would have wished -- runs from Indian top 3, first, and then Lankan wickets, as Team India strode into the Semis with a comprehensive 183 run victory. 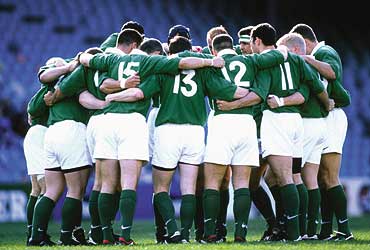 ... is a condition by which India will win a particular number of matches in a row and then lose the next one no matter which country it plays because it has to respond to its natural instinct to be inconsistent. 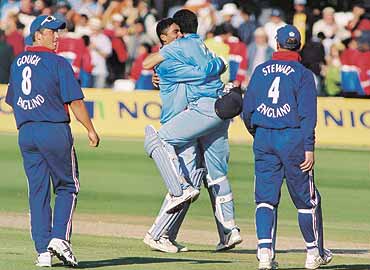 The 10 greatest one-day matches of all time featuring India by Outlook's think-tank.

Mumbai: The Next Generation

It's not an easy choice when half your life is over, but then you think about the kids... 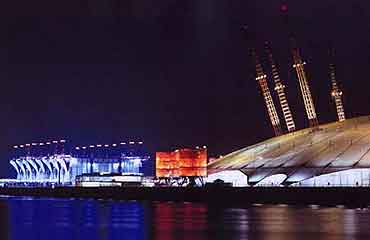 Our man in Mumbai took an evening out and walked in to see Shatrugha Sinha's maiden theatre venture and wasn't too disappointed. Here's his, well, report (since we can't call it a review)

Manu Joseph caught up with the three surviving members of the Indian team that toured Australia in 1947-48 and played against Bradman.