Islamabad [Pakistan], August 25 : The Anti-Terrorism Court in Rawalpindi has questioned the 'sudden disappearance' of Pakistan Peoples Party (PPP) leaders including Rehman Malik and Babar Awan from Liaquat Bagh in connection with the Benazir Bhutto assassination case 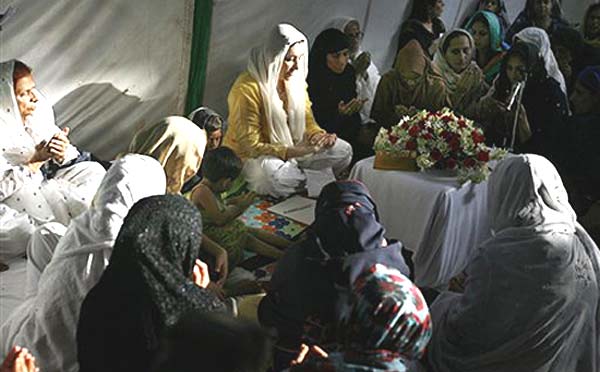 During a hearing, ATC Judge Asghar Ali Khan asked Federal Investigation Agency (FIA) Special Prosecutor Khawaja Imtiaz why Malik, Awan and others, who were sitting in Bhutto's backup vehicle, rushed to Zardari House before her vehicle had left the venue, the Dawn reported.

The Anti-Terrorism Court (ATC), hearing the Benazir Bhutto murder case, has decided to conduct daily proceedings in order to complete investigation of the matter at the earliest.

The prosecutor also disclosed to the ATC judge that of the dozen passengers from Bhutto's ill-fated vehicle and the backup car, only two had testified before the court under Section 164 of the Criminal Procedure Code (CrPC) that Malik, Awan, Farhatullah Babar and retired Lt Gen Tauqeer Zia were also in the backup vehicle.

He told the court that the Joint Investigation Team (JIT) that conducted an investigation under the PPP regime did not list the passengers of the backup vehicle.

Benazir Bhutto was assassinated after a campaign rally in Rawalpindi on December 27, 2007.The assassination came just weeks before general elections in February 2013, marking the first time that a civilian government completed a full-term in office and handed over power to another.

According to the testimonies of several prosecution witnesses, including senior police officers, the backup vehicle, a bulletproof Mercedes was included in the slain PPP leader's convoy for emergencies.

When the judge questioned why the backup vehicle left the venue in such haste, the prosecutor said that they were supposed to make arrangements for Bhutto at Zardari House in Islamabad, ahead of her arrival.

"[The passengers of the backup car] said they had rushed to Zardari House to open it for Benazir; was not any staff or servant available in Zardari House to perform such a job?" the judge asked. However, the prosecutor could not respond to this question.

The prosecutor also read out the statement of US lobbyist Mark Siegel, which linked retired Gen Pervez Musharraf to the assassination of the PPP leader. Siegel had testified before the ATC that General Musharraf did not want Bhutto in Pakistan before the 2008 general elections, and had threatened her with dire consequences.

To another query regarding the number of people sitting in the vehicle designated for Bhutto, the prosecutor listed then-senior superintendent of police (SSP) retired Maj Imtiaz Hussain, Naheed Khan and Safdar Abbasi, Makhdoom Amin Fahim, as well as Khalid Shehenshah, Razzaq Mirani, and the driver Javed Rehman.

Of these, the prosecution listed only Maj Hussain and the driver as witnesses.

The prosecutor said the then-SSP was the security officer assigned to Bhutto. According to his testimony, the then-Inter Services Intelligence (ISI) director general Lt Gen Nadeem Taj and Maj Gen Ehsan met Bhutto the night before her assassination and tried to persuade her not to address the Liaquat Bagh rally due to an imminent threat to her life.

In 2010, a UN report said Bhutto's death could have been prevented and accused Musharraf's government of failing to give adequate protection to the former premier. (ANI)