On July 24, the NIA arrested seven separatists over money laundering charges, for funding terror in the Kashmir Valley.

The Case Of SAR Gilani

Part 6 of 7—Supreme Court Judgment: '...the untruthful pleas raised by him about his contacts with Shaukat and Afzal give rise to serious suspicion at least about his knowledge of the incident and his tacit approval of it ... suspicion howeve

'I Was Framed ... Only Because I Am A Kashmiri Muslim'

'I am happy to be free man but I do not think an acquittal of an innocent man is a cause for celebration. I think it is a time for reflection on why he was framed and sentenced to death without evidence' 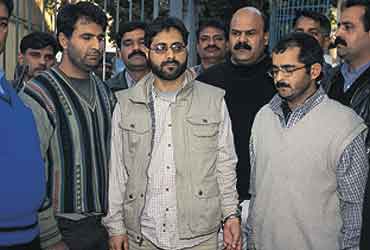 There exists a cell of policemen within the Delhi Police which is accountable to no one but itself. Operating without uniforms, these are the dreaded encounters specialists of Delhi....Investigation into the Geelani case should be transferred to an i

Identity discourse makes it impossible to talk about positions, because we are too busy talking about the persons who implicitly embody or explicitly espouse them. 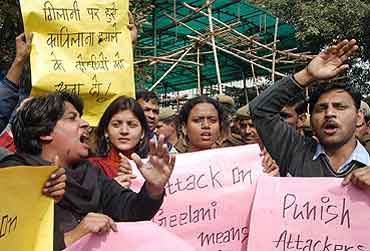 In A Free State

I am outraged by the brazen, murderous attack on the life of S.A.R. Geelani, but I feel even more violated by, and take strong exception to, some of the statements by apparently well-meaning commentators...

What we need to understand urgently is that if Geelani is grievously wounded (no matter who aimed the barrel of a gun at him), it is our freedom that lies bleeding at the door.

'An Assault On Indian Democracy'

"Although we do not wish to pre-judge any specific complicity in the attack on Prof. Geelani at this stage, we strongly feel that the involvement of the Delhi Police itself, especially its Special Branch, in the crime can not be ruled out"