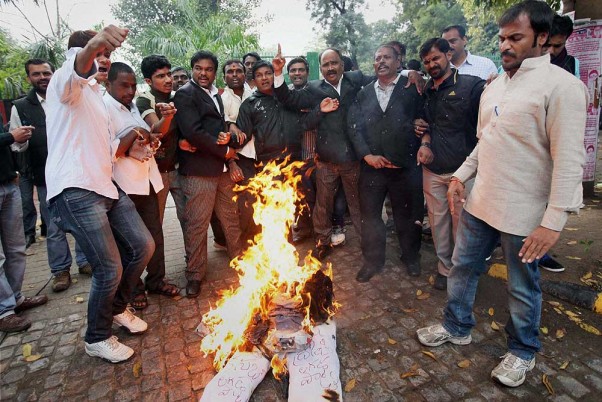 Telangana Congress supporters burning the effigy of suspended Congress MP from Vijaywada, L Rajagopal, who sprayed pepper gas all around during the introduction of controversial Telangana Bill in the Lok Sabha. 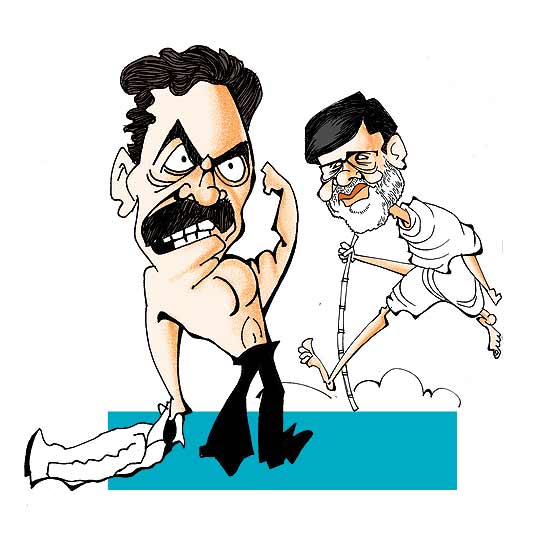 The Long and Shirt of It Telugu Desam president Chandrababu Naidu had just entered Krishna district as part of his padayatra when Vijayawada’s Congress MP Lagadapati Rajagopal decided it was literally time that he lost his shirt. Insisting that Naidu raise a ‘Jai United Andhra’ slogan, Rajagopal tried to storm the rally and submit a petition to him when he was stopped by the police. He then barricaded himself at a Congress supporter’s house and when the cops reached there, he shed his clothes and locked himself up demanding that Naidu change his stand. TV channels, as always, had a field day showing off a “disrobed” Rajagopal. Naidu, meanwhile, made a smooth entry and also managed to draw huge crowds. As they say, for a politician any publicity is good publicity. 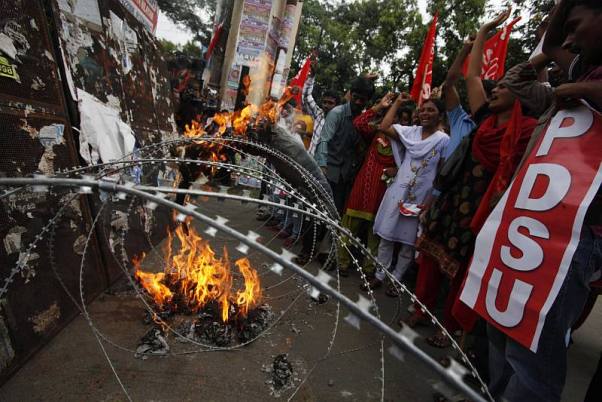 Students burn an effigy of Lagadapati Rajagopal, who supports a united Andhra Pradesh state, during a pro Telangana protest in Hyderabad. 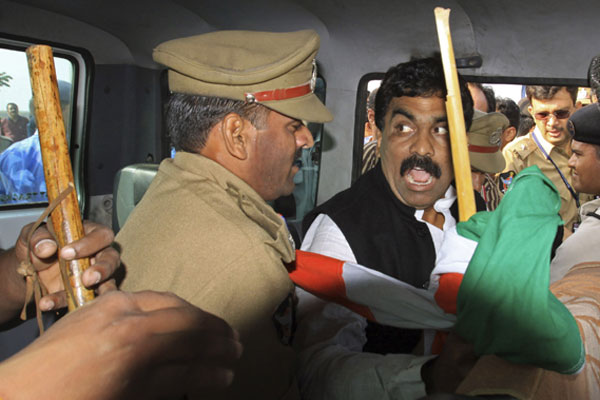 Police arrest Lagadapati Rajagopal, Congress MP from Vijayawada, who was preparing to begin a high-profile hunger strike to protest the splitting of the state, in Hyderabad. Most train and bus services resumed and businesses and schools reopened in Andhra Pradesh following three days of violent protests against the government's announcement to create a new state.

Prime Minister Narendra Modi during a visit to...