There have been many actors in recent years who have done intense transformations in order to get the look of their characters perfectly, especially when it comes to getting their heads shaved. Here are a few such actors.

Check Out Inside Pics From Mira Rajput's Birthday Bash; Husband Shahid Kapoor Takes To The Mic

‘Koffee With Karan 7’: Shahid Kapoor Says He Had To Treat Mira Rajput With ‘Kid Gloves’ Because Of Age Difference

Shahid Kapoor, on ‘Koffee With Karan 7’, spoke about how he had to ease wife Mira Rajput because of her unfamiliarity with the film industry. 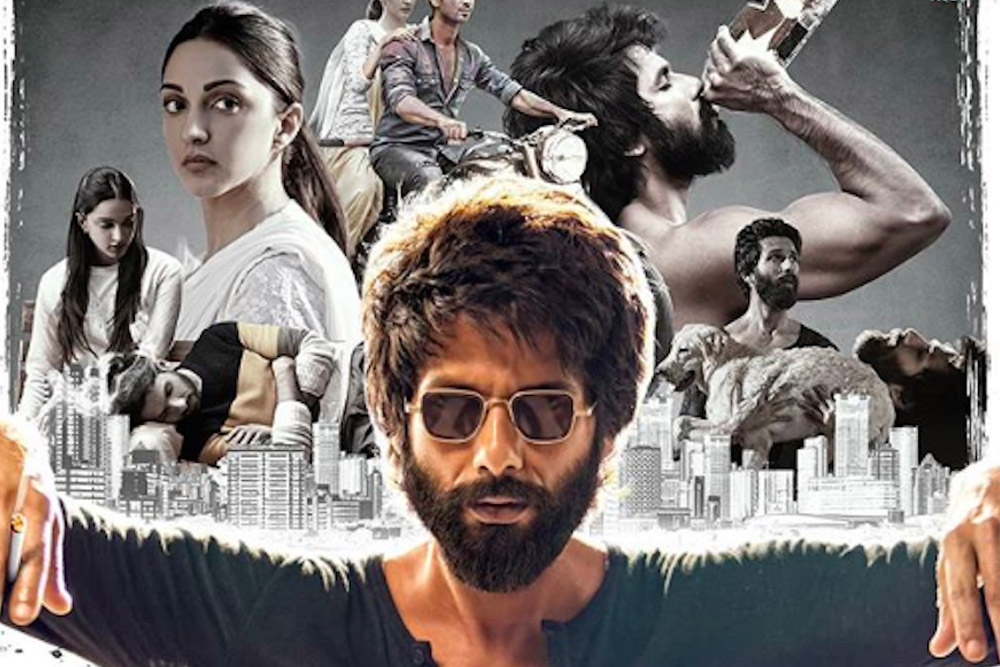 Shahid Kapoor: Unbelievable to See How 'Kabir Singh' Made It To Family Space Despite Being An Adult Movie

The 2019 Indian Hindi-language romantic drama film written and directed by Sandeep Reddy Vanga was a remake of Vanga's own Telugu film 'Arjun Reddy' (2017).

‘Aarya’ actor Ankur Bhatia has been roped in for a negative role opposite actor Shahid Kapoor in his upcoming action thriller, which is being directed by filmmaker Ali Abbas Zafar. Kiara Advani, along with actor Shahid Kapoor, graced the couch in the eighth episode of Karan Johar’s chat show, ‘Koffee With Karan 7’. ‘Koffee With Karan 7’: Kiara Advani Reveals Why She Felt Like Slapping Her ‘Kabir Singh’ Co-Star Shahid Kapoor On Film’s Set

The eighth episode of ‘Koffee With Karan Season 7’ featuring Shahid Kapoor and Kiara Advani will stream from August 25 on Disney+ Hotstar.

Check out these fun dance videos of Shahid Kapoor-Mira Kapoor and Ishaan Khatter as they shake their legs at her parent’s wedding anniversary.

Jaswant Singh Dalal has become the talk of the town for his brilliant portrayal of a quirky gangster’s character in Janhvi Kapoor starrer OTT release ‘Good...

Actor Shahid Kapoor’s last release ‘Jersey’ did badly at the box-office but managed to do well on OTT. The actor finally opened up about the box-office...

From Mohanlal’s ‘12th Man’ to Jitendra Kumar’s ‘Panchayat 2’ to Chiranjeevi’s ‘Acharya’ to SS Rajamouli’s ‘RRR’, here are some of the...

Mrunal Thakur Reacts To Jersey's Low Box Office Performance: There Have Been Many Reasons

'Jersey' did not live up to the hype and did not fare well at the box office.

Telugu actor Nani, who played the lead in the original Telugu hit film ‘Jersey’, has taken to social media to praise the Bollywood remake of his movie...

Actor Shahid Kapoor’s film ‘Jersey’ had postponed its release date after facing some legal troubles. However, after the hearing, the court has now denied...

Actor Shahid Kapoor, who is gearing up for the release of ‘Jersey’, opens up about all his upcoming work. Also, how ‘Jersey’ is going to be his first...

The actor will next be seen in Gowtam Tinnauri's directorial, which is the Hindi remake of a Telugu film.

‘Bull’: Shahid Kapoor Reveals His Biopic On Brigadier Bulsara Has Been Shelved For Now

Actor Shahid Kapoor says that he will be sitting with the makers of his film, 'Bull', to decide what is to be done next as the film needs to be made on a grand...

Filmmaker-actor Satish Kaushik says that both 'Tere Naam' and 'Kabir Singh' glorify toxic masculinity and are stories where a guy runs after a girl and is not...

This week’s film ‘The Kashmir Files’ has been getting great reviews and making good moolah at the box-office. However, it’s not the first film on the...