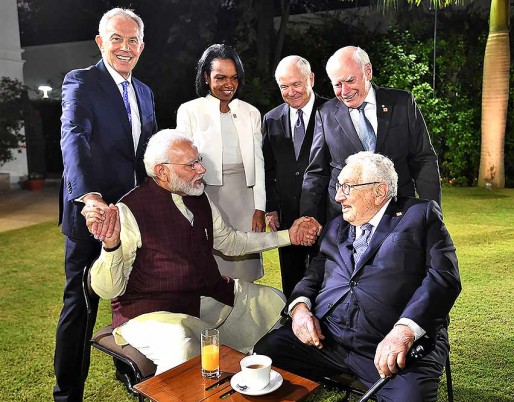 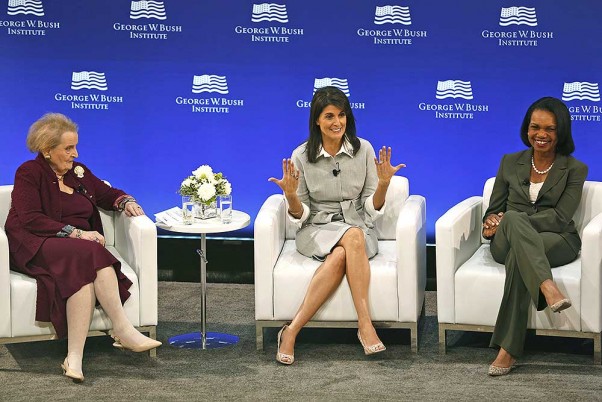 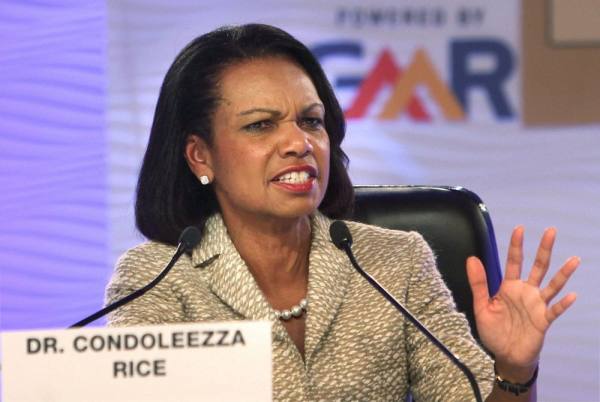 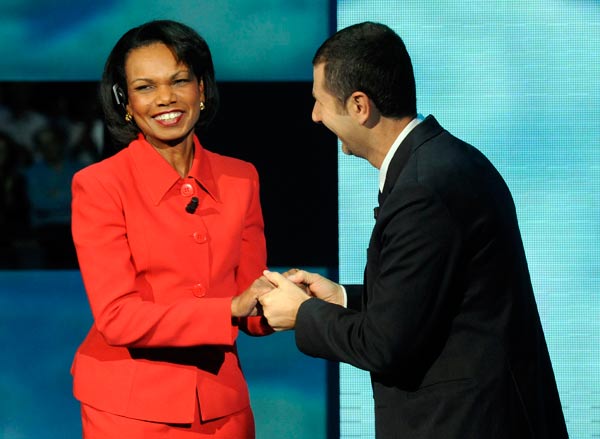 Former US Secretary of State Condoleezza Rice, left, shares a laugh with RAI state television "Che Tempo Che Fa" (The Weather That Is) talkshow host Fabio Fazio, prior to taping an interview in a television studio in Milan, northern Italy. 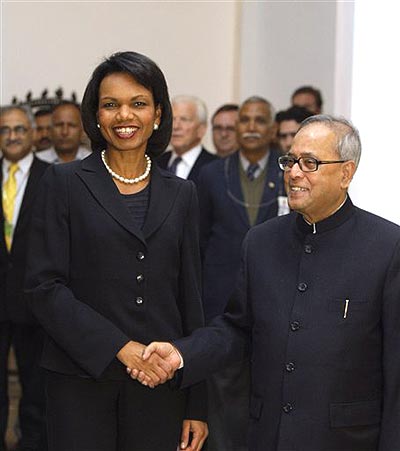 Wednesday, November 3, 2008
With Indo-Pak tensions rising, US Secretary of State Condoleezza Rice was in India. "I have said that Pakistan needs to act with resolve and urgency and cooperate fully and transparently. That message has been delivered and will be delivered to Pakistan". Meanwhile, there were rumours of external affairs minister Pranab Mukherjee having given an ultimatum to Pakistan President Zardari. Later, as Pakistan seemed unwilling to act, the Washington Post said that Pakistan had been given 48 hours to act against Lashker-e-Toiba (LeT) and to arrest at least three Pakistanis claimed by India to be behind the Mumbai attakcs: LeT leaders Zaki ur-Rehman Lakhwi and Yusuf Muzammil, and the former director of Pakistan's spy agency Inter-Services Intelligence (ISI), Hamid Gul. Also See: 'Misleading Stories About A Hoax Telephone Call' 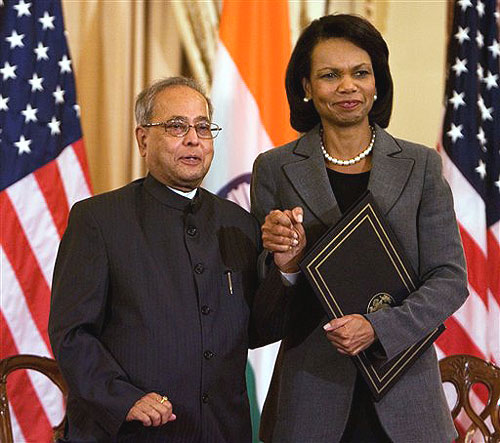 Friday October 10, 2008
And the deal is finally done-- signed, sealed and delivered. US secretary of state Condoleezza Rice and foreign minister Pranab Mukherjee clasp hands after signing the US-India Agreement for Cooperation Concerning Peaceful Uses of Nuclear Energy during a ceremony at the State Department in Washington. Also See: Indo-US Nuclear Deal