Dulquer Salmaan Defends Bollywood: 'Historically They Have Done So Much'

The actor also explained that probably the industry is now going through a correction phase.

Padmini Kohlapure, who worked with him first as a young child in 'Saajan Bina Suhagan', and then later, 'Souten', remembers great things about working with him Cyrus Sahukar On Why Comedy Is A Dangerous Profession, 'Mind The Malhotras'

Cyrus is currently seen reprising his role as Rishabh in season 2 of ‘Mind The Malhotras’. Written and directed by Sahil Sangha, the show also stars Mini Mathur in the lead role. Anupam's latest film 'Karthikeya 2, which left 'Laal Singh Chaddha' and 'Dobaaraa' behind at the Hindi box office, is a Telugu film starring Nikhil Siddhartha in the lead role. 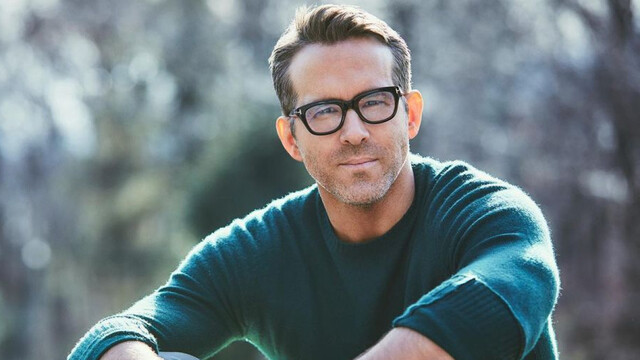 Ranveer Singh was the voice of Reynolds’ 'Deadpool' in the Hindi version of 'Deadpool 2' which was released in 2018. From Tom Cruise’s ‘Top Gun: Maverick’ to Huma Qureshi’s ‘Maharani 2’ to Pankaj Tripathi’s ‘Criminal Justice 3’ to Shefali Shah’s ‘Delhi Crime 2’ to the biopic of Satyajit Ray – lots to pick from...

Southern actresses’ fan list does not seem to diminish, and fans can’t help but fall in love with them more and more. Here are 5 actresses who’ve...

Popular film director Saawan Kumar Tak, who was admitted to Kokilaben Dhirubhai Ambani Hospital for a lung infection, has died at the age of 86.

Producer Rajan Shahi’s ‘Yeh Rishta Kya Kehlata Hai’ has been changing timelines after every few years to reinvent the interest of the show among the...

Veteran comedian Raju Srivastava's condition is stable and he continues to recover slowly in the All India Institute of Medical Sciences (AIIMS), Delhi.

A new track composed by Pritam, choreographed by Ganesh Acharya and sung by Arijit Singh, from the Ranbir Kapoor-Alia Bhatt-starrer 'Brahmastra' was released...

English actor Maxim Baldry, who is gearing up for the release of his series 'Lord of The Rings: Power Of Rings', has shared that although it's an epic series,...

'Siya' Director Calls The Film 'A Story Of Resilience And Grit'

Manish Mundra - the producer behind films like 'Masaan' and 'Newton' is making his directorial debut with 'Siya', the trailer of which was released recently....

Warner Bros. seems to be dealing with a delay bug as two of their films 'Aquaman and the Lost Kingdom' and 'Shazam!: Fury of the Gods' will release later than...

Reality TV star Kim Kardashian is said to be open to dating again, following her split from comedian Pete Davidson.

In a new development, ex-Hollywood producer Harvey Weinstein has won the right to appeal more than two years after his New York conviction for sex crimes that...

John Boyega Is Not Returning To 'Star Wars' Franchise

Actor John Boyega, who had a breakout moment with his role of Finn in the 'Star Wars' sequel trilogy, is not keen on returning to the galactic franchise.

A new lawsuit has exposed a deep rift between two of Paul Newman's daughters and the late actor's charitable foundation funded by profits from the Newman's Own...

Vivek Agnihotri, the director of ‘The Kashmir Files’, has now opened up on the box office failure of Hindi films like 'Jayeshbhai Jordaar’,...

Outlook's Ashutosh Bhardwaj spoke to defence expert Sushant Singh about the significance of the INS Vikrant and the challenges before the Indian Navy.

Freedom of Speech After the Attack on Salman Rushdie

Ashutosh Bhardwaj in conversation with Akshaya Mukul over his biography of Agyeya. Agyeya's life and politics, his alleged CIA links, his stand on the RSS and Golwalkar.