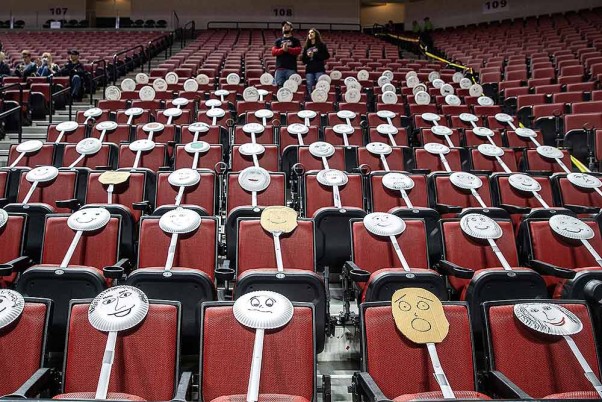 The Auburn fan section got creative by placing paper plate faces on the seats during the Class 1C boys high school basketball tournament championship game against Ogallala at Pinnacle Bank Arena in Lincoln, Nebraska. Crowds were limited to staff and immediate family due to concerns over the coronavirus. 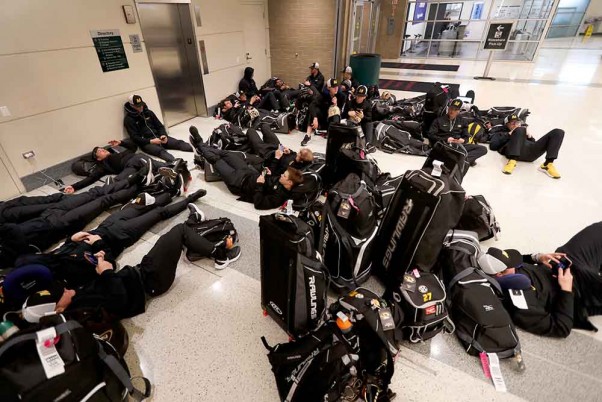 Players with the University of Missouri baseball team wait in the baggage claim area of Chicago's Midway Airport only to arrive in Chicago and then get notified that the team's SEC Conference opener with Alabama Friday, had been canceled. 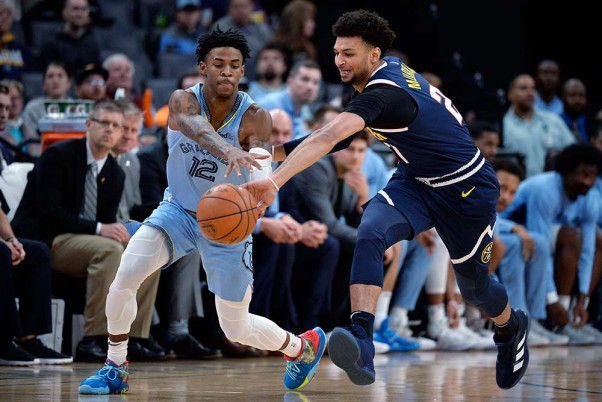 Memphis Grizzlies guard Ja Morant (12) and Denver Nuggets guard Jamal Murray struggle for control of the ball in the first half of an NBA basketball game in Memphis, Tenn. 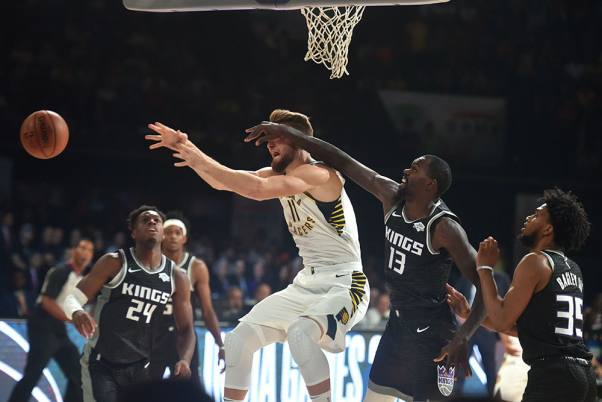 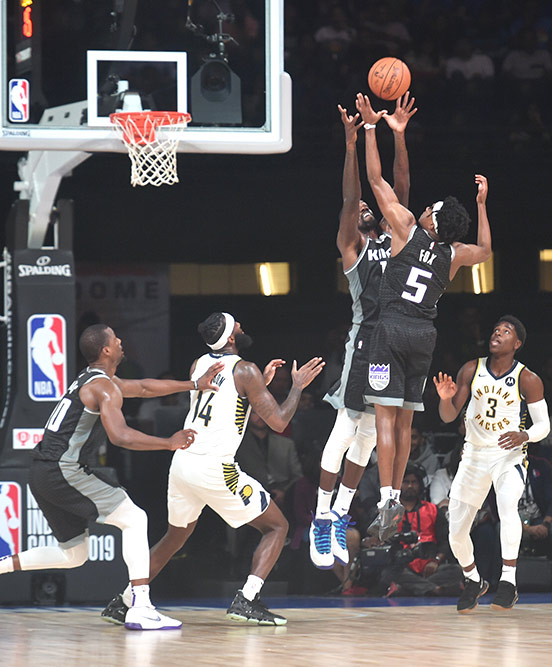 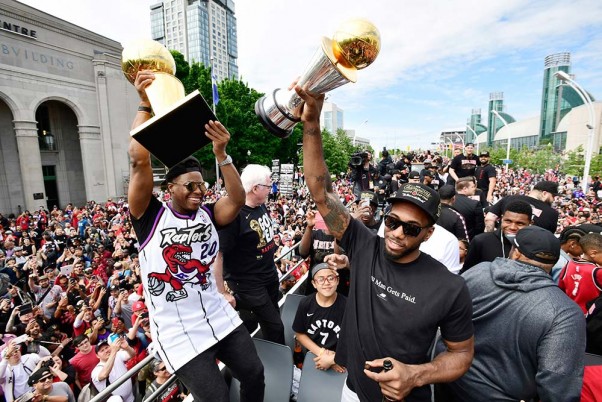 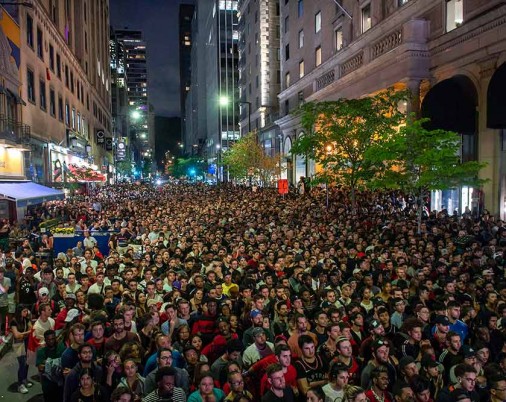 Fans watch Game 5 of the NBA Finals between the Toronto Raptors and the Golden State Warriors at a viewing party in Montreal. 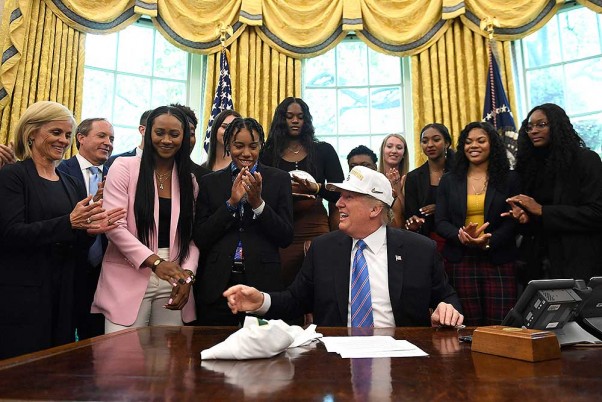 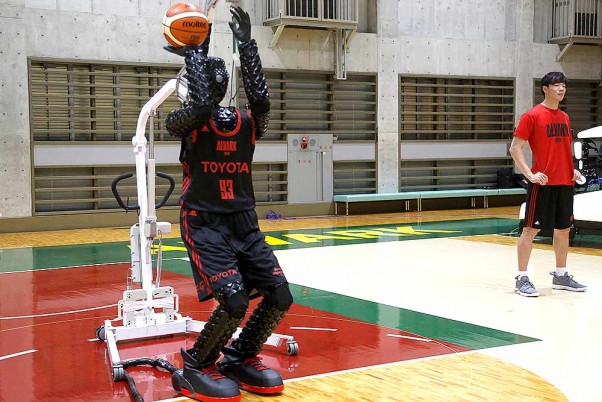 Toyota’s basketball robot Cue 3 demonstrates at a gymnasium in Fuchu, Tokyo. The 207-centimeter (six-foot-10) -tall machine made five of eight three-pointer shots in a demonstration in a Tokyo suburb, a ratio its engineers say is worse than usual. Toyota Motor Corp.’s robot, called Cue 3, computes as a three-dimensional image where the basket is, using sensors on its torso, and adjusts motors inside its arm and knees to give the shot the right angle and propulsion for a swish. 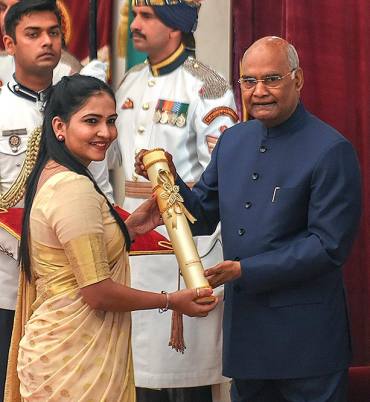 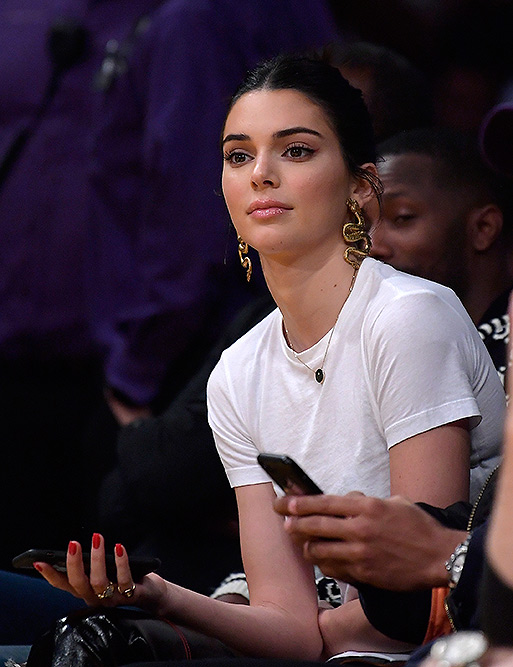 Kendall Jenner watches during the first half of an NBA basketball game between the Los Angeles Lakers and the Philadelphia 76ers in Los Angeles. 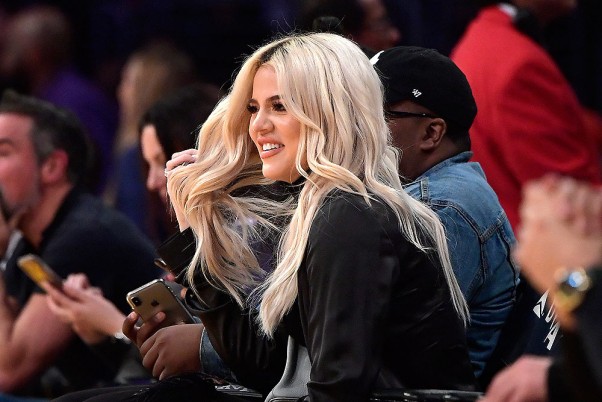 Television personality Khloe Kardashian watches during the second half of an NBA basketball game between the Los Angeles Lakers and the Cleveland Cavaliers in Los Angeles. 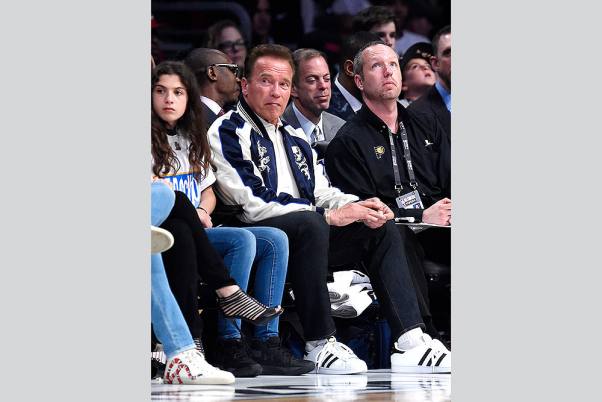 Actor Arnold Schwarzenegger watches during the first half of an NBA All-Star basketball game, in Los Angeles. 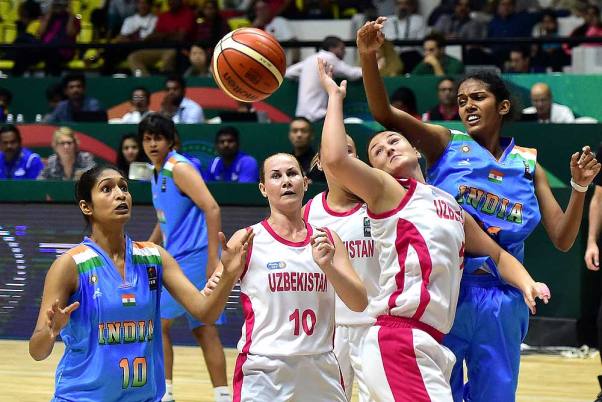 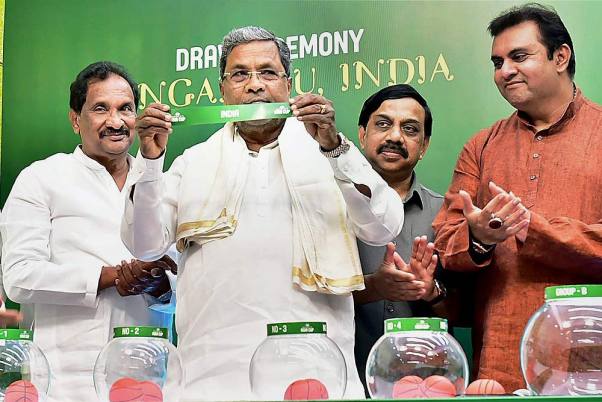 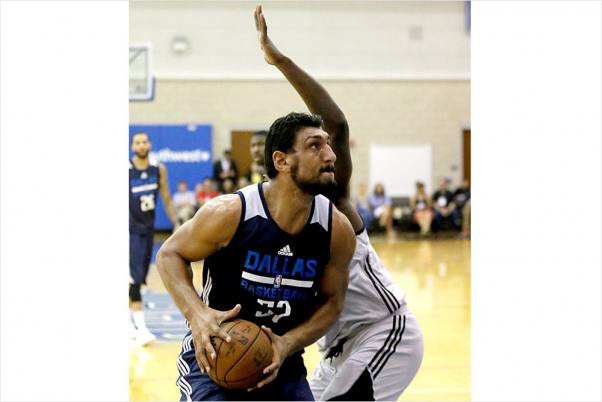 Artists paint graffiti on a road to raise...