In the ODI series against West Indies, Virat Kohli had scored 8, 18 and 0. Kohli is yet to score an international century in more than two years. 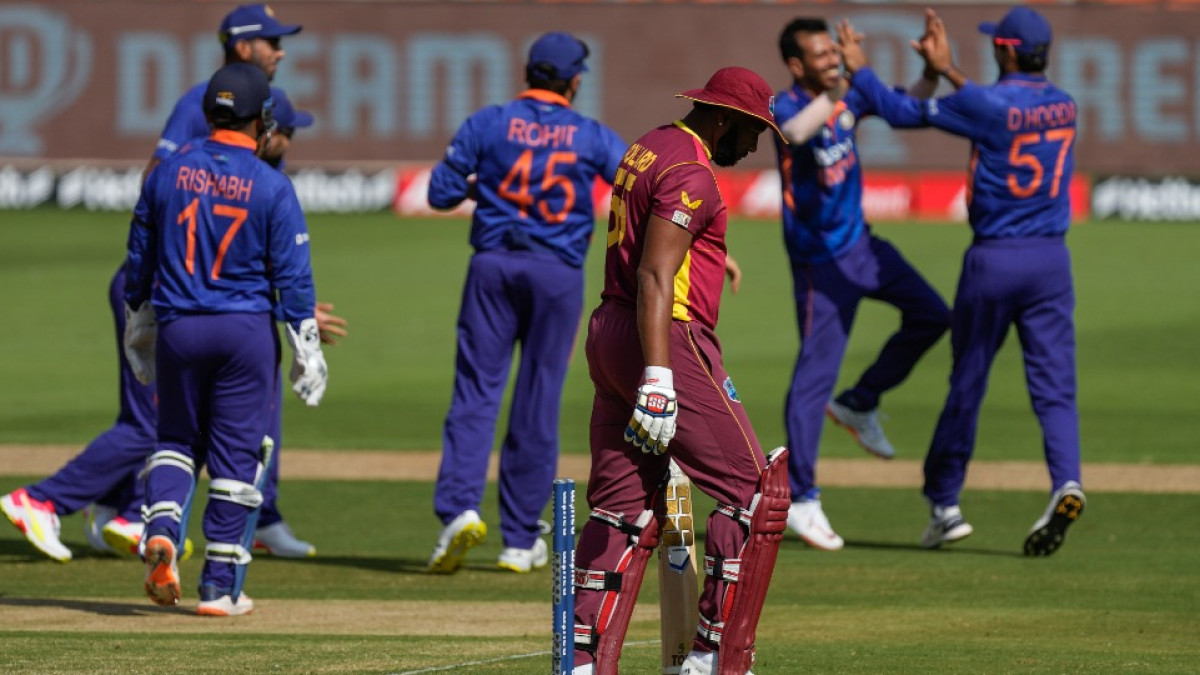 Coming back from a hamstring injury, Rohit Sharma led India to a six-wicket victory over West Indies in the first ODI with a 51-ball 60. The second ODI is on...

IND Vs WI: Dominant India Make It A Special Win At Motera On 1000th ODI

India will be playing their 1000th ODI when they face West Indies in the first game of the series on Sunday.

India captain Rohit Sharma admitted that the team management needs to create back-ups other than Hardik Pandya and Ravindra Jadeja.

This will be Rohit Sharma’s first ODI series as India’s full-time skipper. He had missed the South Africa series last month due to injury.

Ishan Kishan shares a special bond with Rohit Sharma as the duo has opened the batting for MI in the IPL previously.

India will be playing their 1000th One-day international in the first game of the three-match series against West Indies on Sunday.

The last time Eden Gardens hosted a T20I was between India and New Zealand in November.

West Indies have kept Odean Smith in the T20I side for a three-match series against India despite recent controversy. India will play all T20Is vs West Indies...

WI Vs ENG: England Skipper Eoin Morgan Ruled Out Of Rest Of T20I Series Due To Injury

Moeen Ali led England in the third T20I against West Indies in the absence of Eoin Morgan. England lost the game by 20 runs.