Talking to the media here, he said heavy turnout of women voters indicates that the BJP would be victorious in the assembly polls held on November 12.

He said it is necessary for the BJP to remain in power for the state's development as the Congress had earlier also worked to obstruct its progress after he became prime minister while it was in power at the state till 2017.

His remarks were seen by many as an attack on the Aam Aadmi Party which often describes itself as 'kattar imaandaar' and is also in the fray along with the Congress to challenge the BJP in the hill state. Dalai Lama Receives Gandhi Mandela Award, Says Any Problem Can Be Solved Through Dialogue And Peace

Arlekar said the Dalai Lama was "perhaps the most deserving person in the world today" for the award and called him a "universal ambassador of peace". Congress Will Restore Old Pension Scheme If Voted To Power In Himachal: Priyanka

She said the decision to restore the old pension scheme and provide one lakh jobs to unemployed youth would be taken in the first cabinet meeting if the Congress was voted to power in the state. Assembly Elections 2022: Is The BJP In Trouble In Himachal Pradesh?

Faced with rebellion in 21 out of the 68 assembly constituencies, where aspirants have decided to contest against official candidates, the BJP seems to be facing dissent within its own ranks. The new Vande Bharat train is an advanced version compared to the earlier ones, being much lighter and capable of reaching higher speed in shorter duration, officials said.

The AIIMS -- whose foundational stone was also laid by the prime minister in October 2017 -- has been established under the Central sector scheme Pradhan...

Modi will visit Dhalpur Ground Kullu in Himachal Pradesh to participate in the International Kullu Dussehra Festival and witness this unique rath yatra of more... 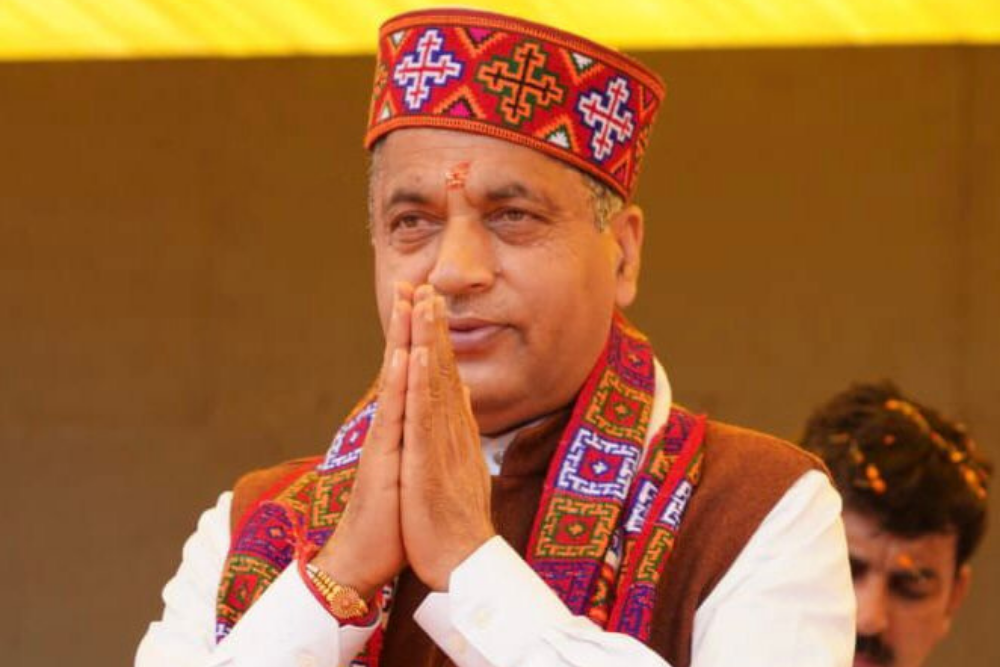 Thakur was speaking at a cultural event organised by the Students' Central Association of Dr Rajendra Prasad Government Medical College at Tanda, near...

Himachal Emerges As Model Of Development During 75 Years Of Its Existence: CM Jai Ram Thakur

Jai Ram Thakur said that despite geographical constraints, the state witnessed unparalleled development during these years.

In a statement issued here on Monday evening, Kashyap said that Thakur was made state BJP election steering committee head after consulting top leadership of...

CM Jai Ram Thakur will specially visit Kashan village in Gohar development block where Khem Singh and seven other members of his family were buried alive under...

The Aam Aadmi Party, which is trying to make a foray into the state’s political landscape with the elections, is currently ruling the neighbouring Punjab and...

The three deaths were reported in Kangra, Mandi and Sirmaur districts, they said. There are 4,338 active COVID-19 cases in the state as of now.

With this, the state's infection count has increased to 2,85,956. Meanwhile, after the recovery of 46 patients in the last 24 hrs, the total number of cured...

He said that this (inaugural) day would go down in the annals of the state as a golden moment as Himachal Pradesh got its second university after 52 years of...

A total of 285 people recuperated from the infectious disease today, taking the total tally of recoveries to 7,91,182. The number of active cases was 3,762,...

The total number of active cases in the hilly state stands at 319. With the recovery of 10 more patients from the disease, the official said, the number of...

‘Despite Covid, We Have Done A Lot Of Work’: Himachal CM Jairam Thakur

Fire In The Hill! What’s Burning In Himachal Pradesh?

Forget escaping to Shimla or Manali in summers. The heatwave has hit Himachal Pradesh with extreme weather events and water scarcity

The BJP does "politics of riots" and pits people against one another, alleged Delhi Deputy CM Manish Sisodia.

Referring to Monday's RPG attack at Punjab Police headquarters in Mohali, SFJ General Counsel said “it could have been Shimla also”.