Peter Brook Dies At 97: The End Of An Era

Padma Shree Awardee Neelam Mansingh Chowdhry talks about how director Peter Brook's death is truly a great loss to the entertainment industry. She talks about the times when she met him, as well.

"I can take any empty space and call it a bare stage. A man walks across the empty space whilst someone else is watching him, and this is all that is needed for an act of theatre to be engaged," wrote Peter Brook famously in his book 'Empty Space'. A book that most theatre directors and actors hold close to their hearts.

This book has single-handedly played a huge role in shaping attitudes, approaches, concepts, and vocabularies and in making the 'invisible visible', cutting across physical boundaries and cultural references.

A lighthouse of profound ideas, he shared with us, a new way of looking at the text, space, and body. Stripping it of the superficial, the extraneous, and getting to the bone of the matter. "He is," said Sir Barry Jackson, the producer for whom Brook first worked, "the youngest earthquake I know." His actors talk about needing an oxygen tent after their rehearsals.

He has been described in various ways, one adjective contradicting the other, but all equally valid. From being called a madman to a genius, an abrasive intellectual to an extraordinary showman, myths circulate around him, crystallized and made epic, by his extraordinary talent and his constant desire for change.

His life is as fascinating as his work. Born in London in 1925, the son of a Russian emigrant chemist, his parents were penniless when they arrived in England until his father invented Brooklax, a laxative. Due to the success of this pill, the family became well-ensconced financially, leaving their penury-ridden existence behind.

Aware of his Russian ancestry, most people refused to accept Brook as a Russian surname and were convinced that he was hiding his parentage. Many incidents of Brook leaving lucrative job offers due to an argument about his name, becoming a subject of inquiry and distrust, are part of the folklore that followed Brook.

Performing Shakespeare under a circus tent with a trapeze artiste swinging wildly in 'Midsummer Night's Dream' was his much-celebrated production, making him the new creative voice in British theatre. 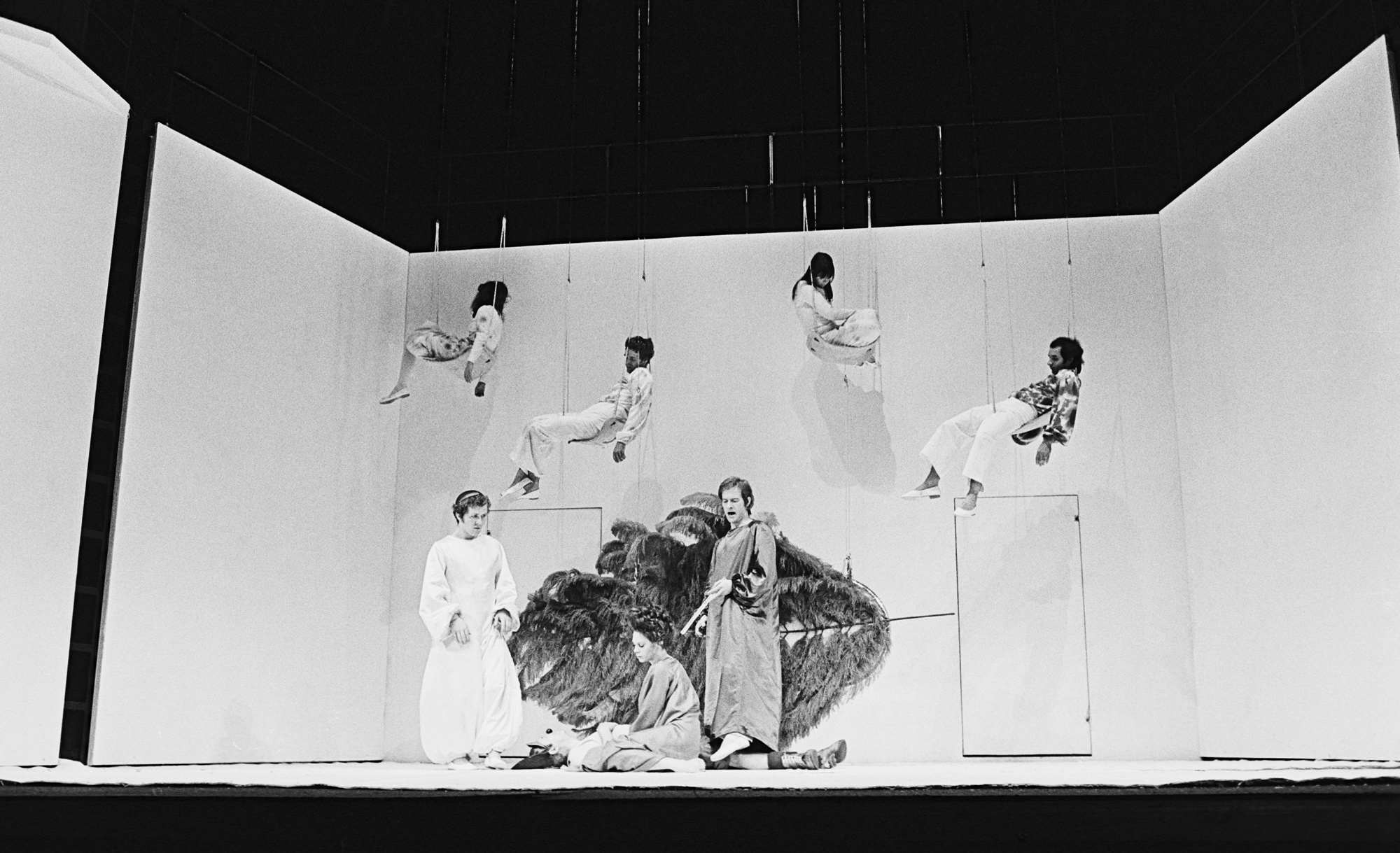 Despite the success, accolades, and huge grants, he ran away from British Theatre and spent the next five decades of his career in Paris, working on a project that could be termed idiosyncratic. His project, 'Conference of the Birds', compiled in a book, shared experiences of taking his actors from the cocoon of living in Paris to the tumult, heat, and dust of traversing a difficult and alien landscape in Africa.

His international group of actors were made to take this journey in an attempt to search for a new language of sound. To figure out if actors from different cultures and backgrounds could transcend the clogged urbanization of city living and, through encounters and confrontations, bring a richer perception and quality to their lives.

I met Peter Brook in Bhopal at Bharat Bhavan in 1981, when he was touring India to identify actors, forms, images, colors, and smells that could be fed into his production, based on 'The Mahabharata'. Through this production, Brook sought to achieve universality and comprehensibility through images and gestures, stating that 'The Mahabharata' did not belong to one country or race but to humanity. 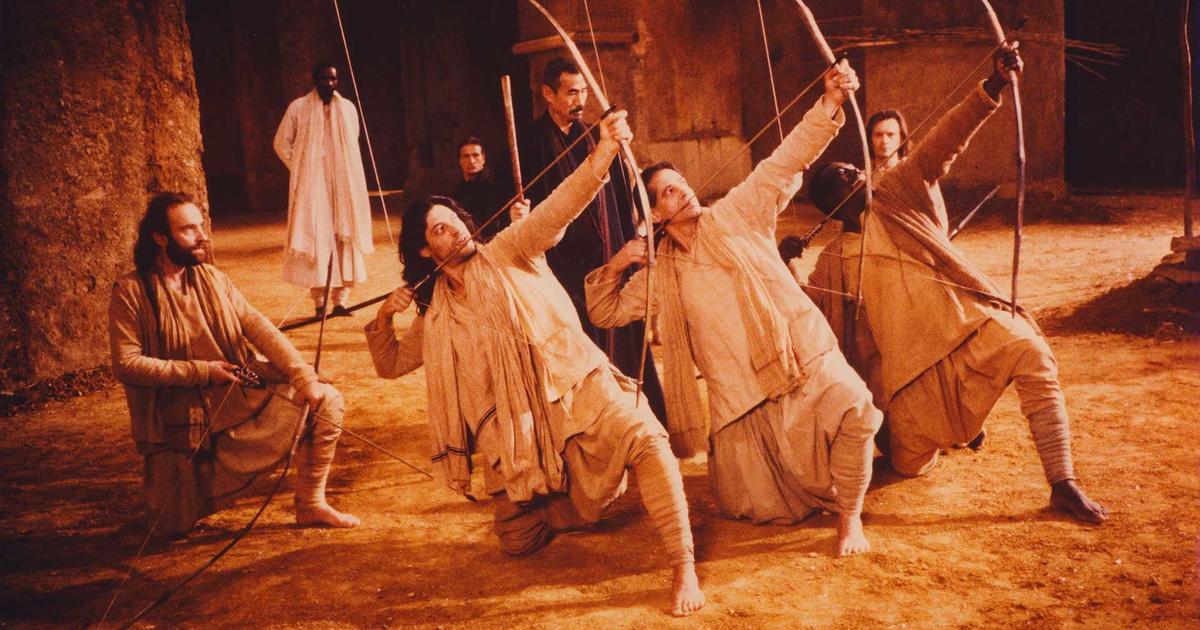 A workshop was organized at Bharat Bhavan, which included an overwhelming list of celebrated directors, local actors, dancers, musicians, and observers. I was supposed to manage the logistics of the workshop and see Brook's comfort and well-being. What I noticed was a watchful man, with a gnomish appearance, short and stocky, dressed in loose denim, but the energy that flowed was like tiny bomb explosions.

An exercise was given, in which the directors, including Brook, had to choreograph the opening scene from Kalidasa's 'Shakuntalam' -- the first meeting of Dushyanta, the king, and the maiden Shakuntala.

Brook's wife, the brilliant actress Natasha Parry, played Shakuntala without carrying the cultural baggage, memory, or references to the character. Escaping the cliched performance templates that existed for characterizing classical characters, Brook made us see through Parry's Shakuntala a fresh avatar of the classical heroine.

Utterly alive, an animated being, a voluptuous spring of sexuality that one may never have associated with the image of Shakuntala, as we knew her from our Sanskrit theatre classes! His chapter on Deadly Theatre was understood practically!

During that visit, I was supposed to buy him a gift as a way of thanking him. But I had read that Peter Brook possesses three shirts, one suit and two pairs of jeans. His home has minimal furniture and no artifacts. A rootless man, actually nomadic is how he has been described. It was truly a dilemma to locate a gift for the spartan Brook!

He made the impossible possible by staging a nine-hour-long performance of the 'Mahabharata' in a stone quarry framed against a forest on the outskirts of Avignon.

Starting at sunset and ending with the sunrise was magical, where the two warring families with their arches taunt and a giant wheel rolling across the stage shows the great battle with cosmic grandeur. A clash of two great dynasties, locked in a mortal fight of ideal heroes representing divine forces arrayed against demonic energies, creating a production of monumental dimension. This was in 1985.

Peter Brook's death is like the end of an era, the loss of a revered figure. A formidable creative giant, a theorist, and definitely an anarchist, who tore into established ways of working by introducing something fresh, novel, and experimental. He believed very deeply in the transformative power of theatre and his legacy will live on.

What one could only dream about was actualized by Brook, not one to be intimidated by the scale and vision of his own inspiration. It was the gift that he bequeathed to the world of theatre. Take risks, jump the cliff, and let your vision swirl in a vertiginous precipice!