Kiccha Sudeep: Not Just South, Films From Every Region Deserve A Theatrical Release Comedy-drama 'Everything Everywhere All at Once', starring renowned actor Michelle Yeoh, will be released in Indian theatres soon.

'Sayanna Varthakal', starring Gokul Suresh and Dhyan Sreenivasan, is directed by debutant Arun Chandu. It is slated for release later this week. 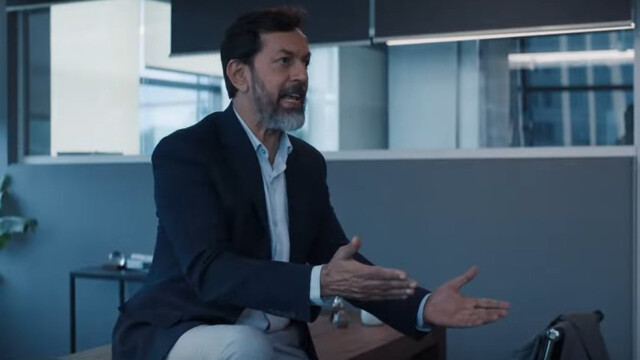 'Gram Tursimo' is the film adaptation of a video game of the same name to be produced by Sony in collaboration with PlayStation Productions. It will be...

'Elvis' is the biopic of the rock and roll star Elvis Presley by filmmaker Baz Luhrman. It features Tom Hanks in a pivotal role and will release in theatres on...

Choreographer Bosco Leslie Martis has announced that his directorial debut film 'Rocket Gang' will release in cinemas on November 11 this year. It is a dance...

Ayushmann Khurrana's 'An Action Hero' To Release In December

"An Action Hero" is directed by Anirudh Iyer, who previously served as an assistant director on Rai's two movies “Tanu Weds Manu Returns” (2015) and...

Priyanka Chopra, Sam Heughan's 'It’s All Coming Back To Me' To Hit US Theatres In Feb 2023

The movie, which was earlier titled "Text for You", is based on the 2016 German film "SMS fur Dich" by Karoline Herfurth, reported Deadline.

Filmmaker Vivek Agnihotri took to Twitter to show his support for actress Yami Gautam, who reacted to a negative review of her film 'Dasvi', stating that it...

Actor Vijay and actress Pooja Hegde’s ‘Beast’ has been banned in the Middle Eastern country of Kuwait. Film industry experts believe that this is due to...

Actor John Abraham is all set to release his new film 'Attack' on April 1. Abraham and actor Akshay Kumar have been very good friends since the start of their...

Actor Akshay Kumar and his wife Twinkle Khanna took to social media to post heartwarming notes as their beloved Cleo passed away.

Here's the latest development in the controversies surrounding the Bollywood film 'Gangubai Kathiawadi'. The Supreme Court has suggested the makers to rename...