Due to wobbly batting, India blew a great chance to win a first Test series in South Africa and England were out of depth in the Ashes.

Two series of Test matches going on in two different continents in the Southern Hemisphere, came to an end roughly at the same time, with nearly similar outcomes and lessons for the two visiting sides, England and India. Both, not so long ago, were amongst the top two Test-playing teams in the world. Both now have some serious rebuilding to do, possibly, under new captains, going forward. (More Cricket News)

Virat Kohli has already stepped down and perhaps Joe Root will too, except that England’s cupboard looks so bare at this time that, unlike India, there are no obvious replacements for him.

England, decimated by a resurgent Australia playing under a new captain, went down almost without a fight. India, on the other hand, started as favourites against probably one of the least experienced South African sides ever, a side almost completely devoid of big names barring one or two and were expected to conquer the ‘final frontier' after overseas victories in Australia and England.

True to form they won a comprehensive victory in the first Test Match which now looks so far off, after two equally comprehensive defeats in the next two Test matches, in a script that went horribly wrong. 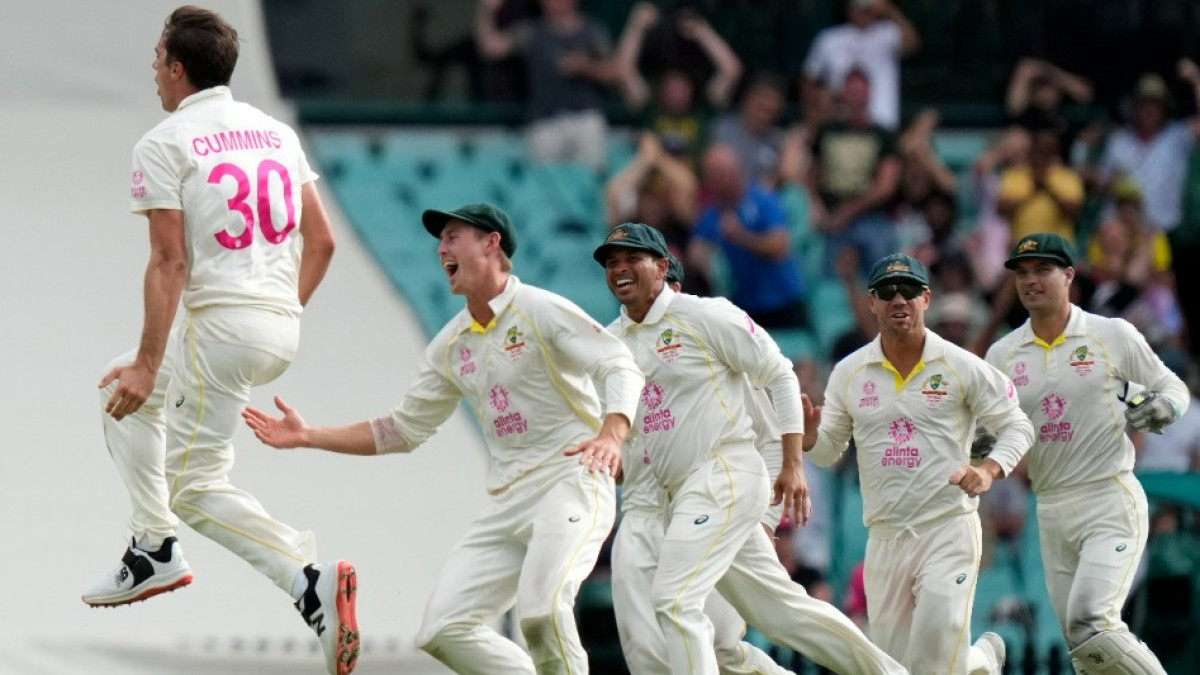 Australian players rally behind captain Pat Cummins after a fall of an England wicket during the Ashes 2021-22 series.

In an interesting development, two Boxing Day Test matches commenced simultaneously on two different continents. The one at the MCG ended in a shocking two and a half days, with the prospect of an ignominious whitewash for England looming large and left perhaps even the most die-hard Aussie fan secretly wishing that the Poms would put up some semblance of a fight. Everyone was tired of seeing a Test side consistently getting bowled out in less than a day.

England were wearing black armbands in that Test to mourn the passing of their former Ashes-Winning captain of the 70s, Ray Illingworth, to cancer. For someone who loved cricket till the very end, ‘Illy' as he was fondly called, had poignantly said in one of his last interviews that he would like nothing better than to finish his life by watching a game of local cricket before walking home on a sunny day.

As it turned out, England had more to mourn than his passing. Probably the passing of England’s Test cricket capabilities itself as generations have known it, over the years. And the Queensland Police were probably right in their sarcastic tweet after England’s meek surrender on the first day of the Ashes which said, “Queensland Police are launching an investigation into a group impersonating a Test batting order at the Gabba.”

As the series unfolded, it transpired that not much of an investigation was needed into this particular group’s credentials – or the lack of them! 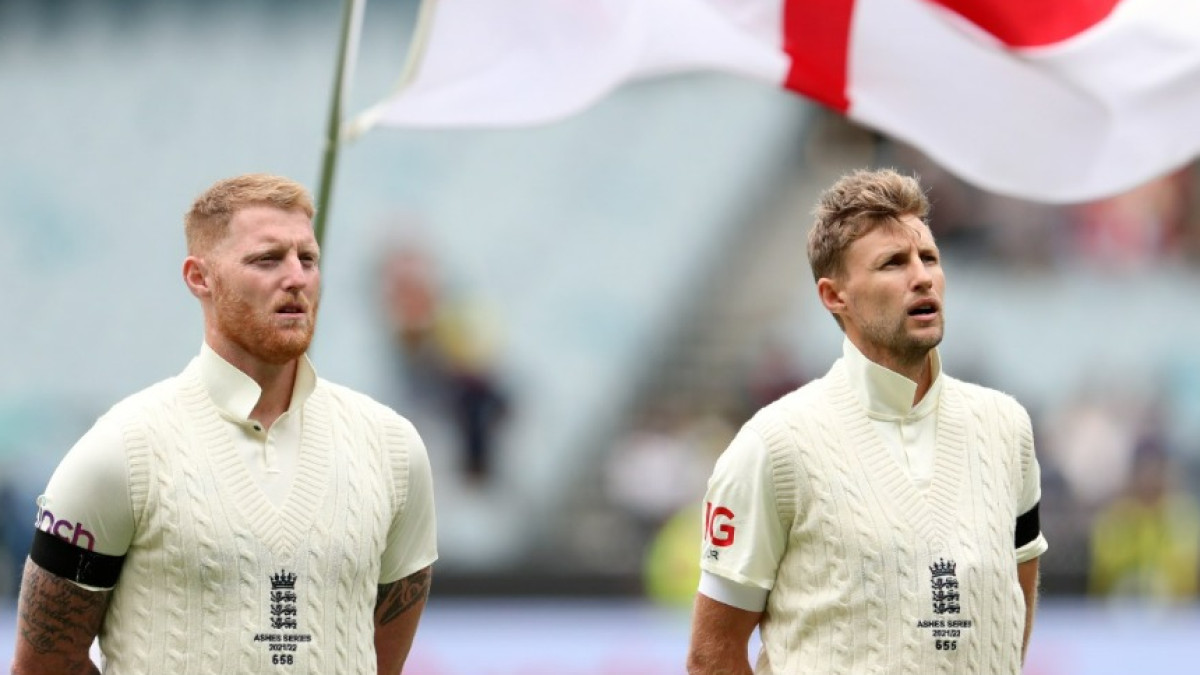 England were thrashed 4-0 against Australia in the Ashes 2021-22 series - one of their worst defeats in recent times.

The scheduling of the Ashes series was probably so planned that England would be 2-0 down by end of the second Test, although in hindsight, Cricket Australia needn’t have bothered. The first Test match was played at the Gabattoir where Australia have traditionally slaughtered their opponents, before India created a memorable aberration in a record that is now back to business as usual.

And the second was a pink ball day-night Test at Adelaide which Australia have never lost so far in nine appearances. The script, therefore, was that England would be two down in the series by the time the traditional Boxing Day Test came around at the MCG. And so, it turned out to be. And it only got worse from there in the most one-sided Ashes in recent memory.

The differing starts to these two Boxing Day Tests were a telling comment on how the matches would go. England were 13/2 sliding to 185 all out on the first day while India were off to a solid century opening partnership, yet again, something that has often been a feature of their batting in recent times.

For England, it got worse, at 7/ 2 in the second innings, collapsing to 68 all out, as Australia avenged the 60 all out that they had endured at the hands of Stuart Broad in England, a few years ago.

FROM GOOD TO WORSE

At the SuperSport Park in Centurion in South Africa, a set of quality Indian openers, batted long and well, showing patience, skill, determination and self-belief. A lot of that was, however, to change dramatically in the next two Tests.

A strong opening partnership brings so much comfort and stability, when you don’t have people scampering to put on pads all over the place and India have been lucky to have that luxury in recent matches. Not quite so lucky with their middle-order though, with the big guns failing to fire more often than not in the recent past. And that pattern continued to repeat itself in the second and third Tests, as the team sank to big defeats after the openers failed to make a contribution. 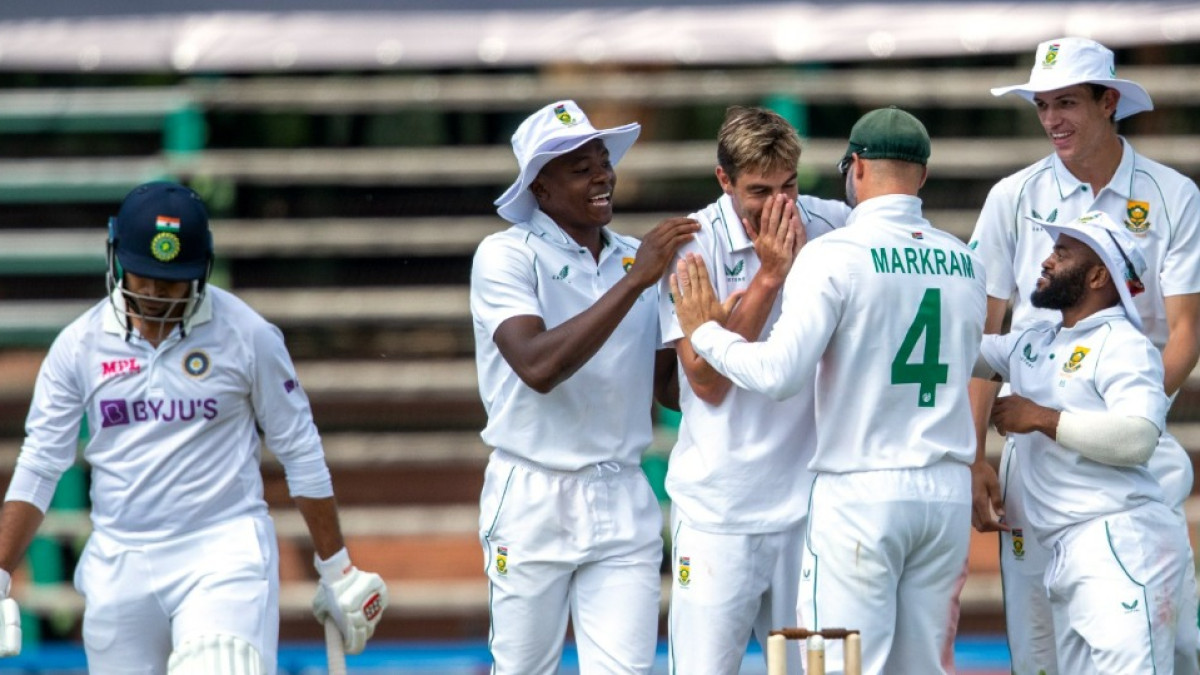 South Africa players celebrate the fall of an Indian wicket during the recent Test series that the former won 2-1.

How these teams would have wished for an Alastair Cook grinding out hundreds for England, or a Virat Kohli capable of getting into three figures at will, as he once could, for India. But that has not happened for Kohli since 2019, the hard-fought 79 of the first Innings of the third Test in Cape Town notwithstanding.

And that unseemly rant into the stump mike only showed his frustration and possibly proved to be the proverbial final straw that led to his sudden stepping down from the Indian Test captaincy.

India’s once-famed middle order is in shambles now, the team incapable of crossing 200 with any degree of conviction, when the openers fail to fire. And even though the Indian bowling looked menacing and incisive in patches, an inexperienced batting line-up comprising of largely unknown South African players, put their heads down and stuck to the basics through the testing periods, with great patience and maturity to bring up huge wins for their country.

The South Africans batted with refreshing self-belief, as they chased down modest fourth innings targets that their bowlers set up for them, showing their more accomplished counterparts how it could be done.

On the same tracks where our vastly more experienced batsmen repeatedly edged the moving ball to the wicketkeeper, they prospered. Granted the bounce was uneven and disconcerting, but that was always expected to be the case at these venues.  And this, when on an average, our pacers were quicker than the South Africans.

There were some hopes that England would finally come roaring back in the final Test match in Hobart, as they had 47 years ago in the 1974-75 Ashes series when Dennis Lillee and Jeff Thomson steamrolled them with bouncers that left many an English batsman shell-shocked and ended many Test careers.

At 82 for 2, chasing 271 to win after a standout performance from Mark Wood, who seemed to be finally coming into his own in Test cricket, history seemed to be repeating itself for England. But then came the all-too-familiar crumble and eight wickets fell for a matter of 42 runs as they sank to yet another defeat.

And for both England and India it now looks almost certain that there will be a number of changes in their respective batting line-ups. It would be no surprise if this marks the beginning of a new era and the birth of a new set of Test batsmen in both sides who will seek to carry the legacy of their illustrious predecessors forward.

For India, that will happen under a new captain, secure in the comforting assurance of substantial bench strength waiting for an opportunity to step up. But for England, the big question is, will they go the West Indies way, especially as far as Test cricket is concerned?  Will England become primarily a white-ball power henceforth, comfortable only in the shorter formats of the game?

Only time will tell.

(The author is a retired Wing Commander of the Indian Air Force and played Ranji Trophy for Services. Views are personal)