On Tuesday (February 22), actress Chitrangda Singh slammed Go First on Instagram. Sharing a video from inside the flight, she called out the rude air hostesses and said that she is very disappointed.

Sharing her travel ordeal, Singh panned her phone camera to one air hostess and wrote, “Flight 391 Goair to Delhi from Mumbai @g8.goair is the rudest the worst air hostesses ever!!! #rikusingh #jamie & #christopher #meenal all of them Please teach them some manners. Most high handed and arrogant attitude I have ever seen! Very disappointed with all of them. It reminded me of my worst experiences at #airindia (sic).” 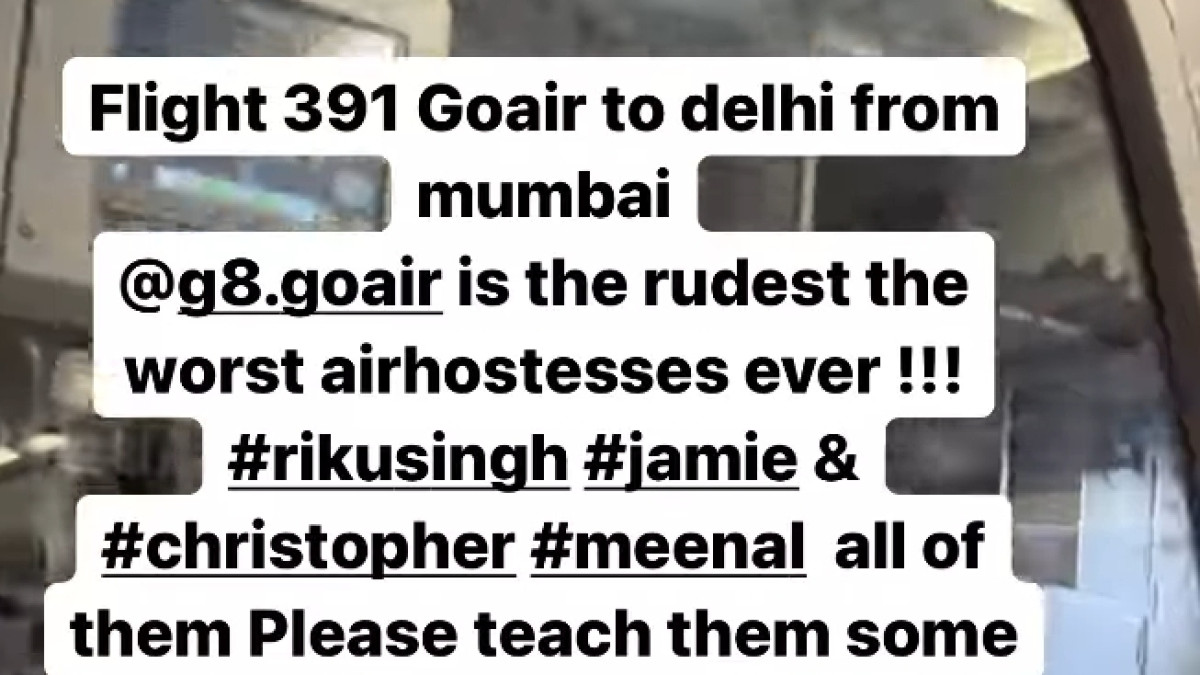 Earlier this week, actor Arya Babbar also shared a video of a similar incident that he faced while traveling in a Go First flight, where he got in a verbal spat with the pilot. The video, shared on his Instagram handle, shows the actor speaking to the pilot. The argument started after the pilot of the air got offended by a joke made by Arya. Sharing the video on his Instagram page, Arya wrote, “Sensitive Pilot. @g8.goair @gofirstairways Go Air fines people if they laugh.”

Talking of her work, Singh made her big-screen debut with director Sudhir Mishra’s 'Hazaaron Khwaishein Aisi' in 2003 for which she won an award for the best female debut. She has acted in films such as ‘Yeh Saali Zindagi’, ‘Desi Boyz’, ‘Inkaar’, ‘I, Me Aur Main’ and ‘Baazaar’. The actress also recently shared screen space with Abhishek Bachchan in 'Bob Biswas'.

he will be seen next in Pawan Kripalani's thriller film, 'Gaslight'. The film will also star actors Sara Ali Khan and Vikrant Massey.