Continuing its fantastic run in theatres, director Mani Ratnam's magnum opus 'Ponniyin Selvan 1', which is based on eminent writer Kalki's literary classic of the same name, has grossed over Rs 300 crore worldwide in a week,...

Nagarjuna On 'PS-1': Mani Ratnam Has Proven What A Master Craftsman He Always Was

Telugu superstar Nagarjuna has congratulated director Mani Ratnam and his whole unit of 'Ponniyin Selvan: 1' saying that the ace director has proven with the historical fiction what a master craftsman he always was.

The unit of director Mani Ratnam's upcoming magnum opus, 'Ponniyin Selvan 1', has now released a sneak peek in to the movie, much to the delight of fans who are waiting with bated breath for the film to release on September... In individual notes for Kamal and Rajinikanth, Karthi sent love and respect to both stars.

Recently when the film crossed Rs. 100 crore at the box-office, Karthi penned an emotional note to the cast and crew. Mani Ratnam, the maestro who is bringing his epic film 'Ponniyin Selvan: I' to the theatres this week, had earlier attempted to adapt Kalki Krishnamurthy's eponymous novel into a film not once, but twice. 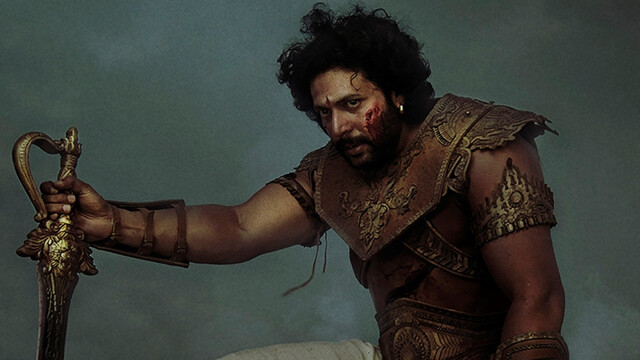 Outside Tamil Nadu, the film recorded a jump on Tuesday everywhere with exception of Andhra Pradesh where there was a minor drop. Amala Paul Reveals Why She Turned Down Mani Ratnam’s ‘Ponniyin Selvan’: I Was Not In The Mental State To Do It

In 2019, Amala Paul took a sabbatical from films and she ended up rejecting Mani Ratnam’s ‘Ponniyin Selvan’ offer as well.

Ponniyin Selvan Part 1 is all set to hit theatres on September 30 in Tamil, Hindi, Telugu, Malayalam and Kannada.

'Ponniyin Selvan 1' Trailer: First Look of Mani Ratnam's Period Drama Gets A Thumbs Up From Audience

The film is a cinematic adaptation of author Kalki Krishnamurthy's Tamil novel of the same name which was released in the form of a series during the 1950s.

Aditi Rao Hydari has worked on a number of films in a variety of languages during the course of her 15-year career.

'Ponniyin Selvan: Part One' will be the first installment of a two-part series based on Kalki Krishnamurthy's classic novel about the life of Raja Raja Chozhan...