This Makar Sankranti, discover the unique ways in which states in India celebrate the beginning of the harvest season

More from Meenketan Jha
View All

As 2022 kicks in with a sense of cautious optimism, the season of festivities powers into fourth gear with Makar Sankranti (held on 14th January). The first festival of the calendar year, it marks the first day of the sun's transit into the Makara (Capricorn) signalling the end of the month with the winter solstice and the start of longer days. Celebrated all across India, this ancient event is observed through different customs in each state of the country. One of the few auspicious days celebrated according to the solar cycle, Makar Sankranti is dedicated to the Sun god, Surya, with blessings for a promising six months ahead. Here are the extraordinary ways in which the people express the joyous arrival of this opportune day in some regions of India. 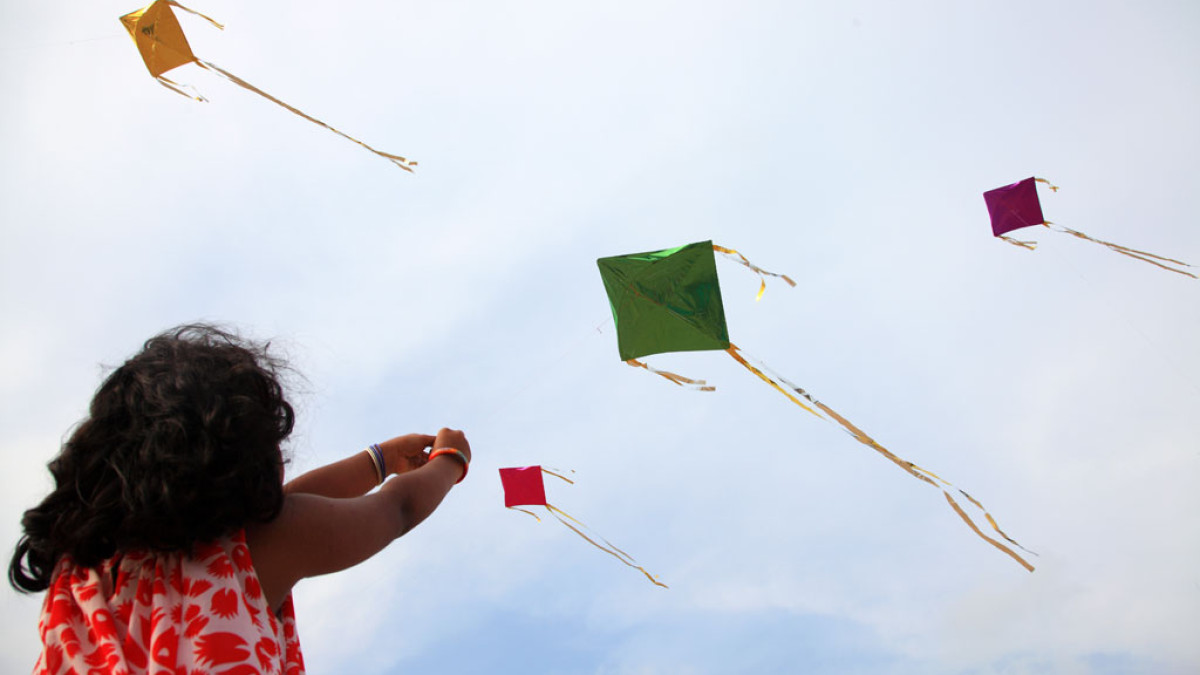 Little girl raises a kite in a sky

Known as Uttarayan in Prime Minister Modi's home state, the festival is one of the most awaited days in Gujarat. It is celebrated for two days the first of which is dedicated to flying kites. Popular cries like "Kai Po Che" and "E Lapet" begin the occasion as the vast blue sky is filled with an array of kites. Kite-flying competitions are held across communities in the state, with each individual engaged in an intriguing kite fight against all others. Undhiyu and chikkis, a delicious combination of winter vegetables, sesame seeds, peanuts and jaggery, are cooked in Gujarati households to commemorate the occasion. 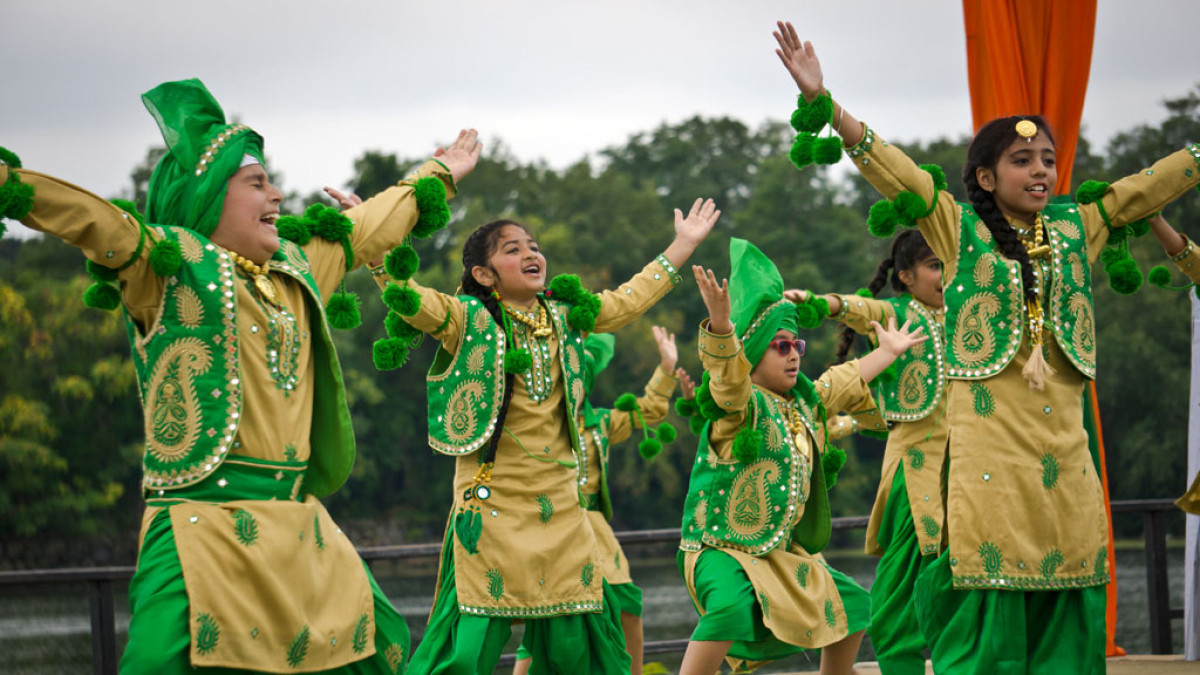 A group of children performing a traditional Bhangra dance

Associated with the harvest of winter crops, Makar Sankranti, called Lohri in Punjab, is an iconic event among the farmers here. On the night of Lohri, bonfires are lit across the state among different societies to worship god and perform rituals. The locals also perform the bhangra while eating the mouth-watering traditional dish of kheer (rice cooked in milk). The festival also marks the beginning of the end of the winter months. 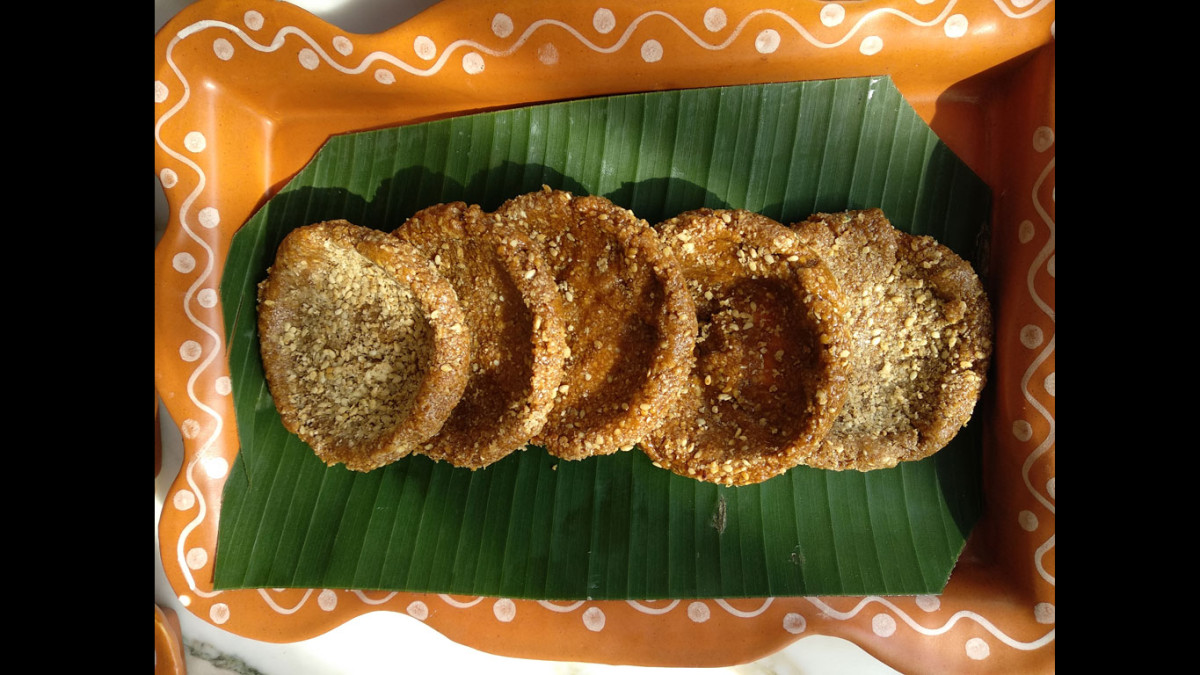 Tilkut is made with pounded sesame and jaggery

The locals of Bihar and Jharkhand begin the day of celebrations with a dip in the holy river Ganges. The festival witnesses a host of food being prepared in local households with chuda-dahi (beaten rice and yoghurt) and a portion of gur (jaggery) making up the traditional breakfast for the occasion. Tilkut is a specially cooked dish for Makar Sankranti, recognized as sakraat in Bihar and Jharkhand, made of an exquisite mix of jaggery and sesame seeds. Lunch is skipped to prepare for a heavy traditional dinner. Khichdi is often served with 'chaar yaar' (four companions) - chokha (roasted potatoes), ghee, papad, and achaar (pickle). 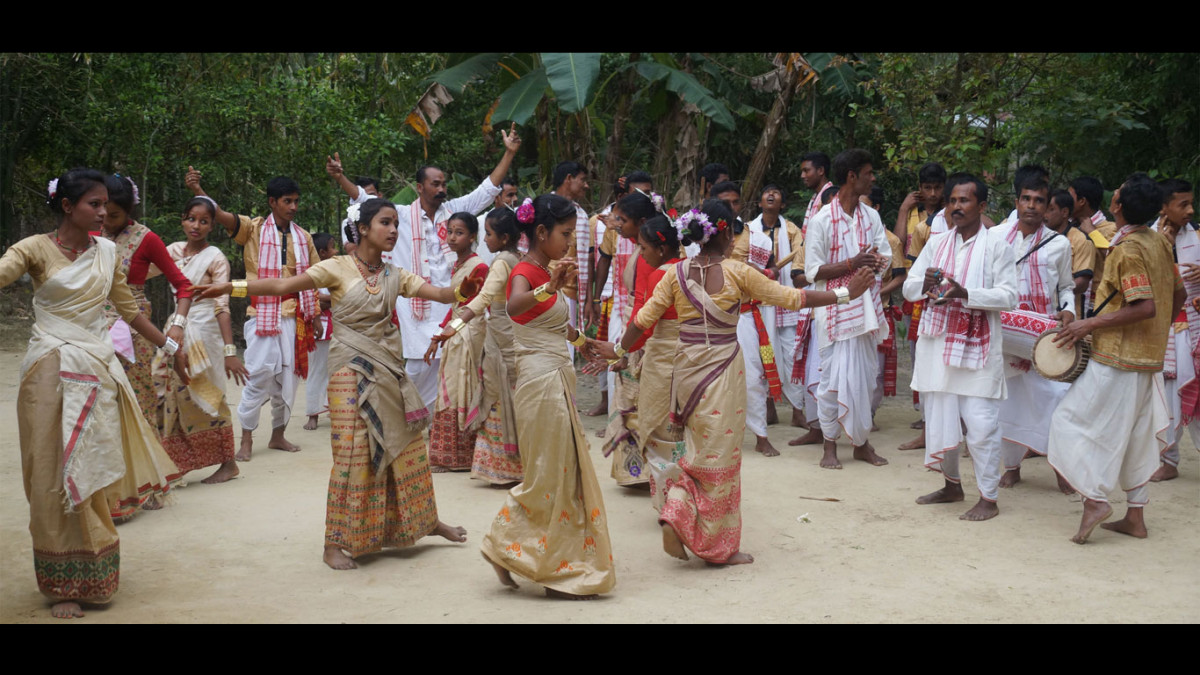 We move onto Assam where Makar Sankranti feasts can last upto a week. Called Magh Bihu in these parts, the festival marks the end of the harvest season. Games like tekeli-bhonga (pot-breaking) and buffalo fighting take place on the actual day of the event. Rice cakes and laru, a sweet dish made from coconut, are popular delicacies. Meji, makeshift huts, are often erected from nothing by the young to host the feast after which they are burned the following day. 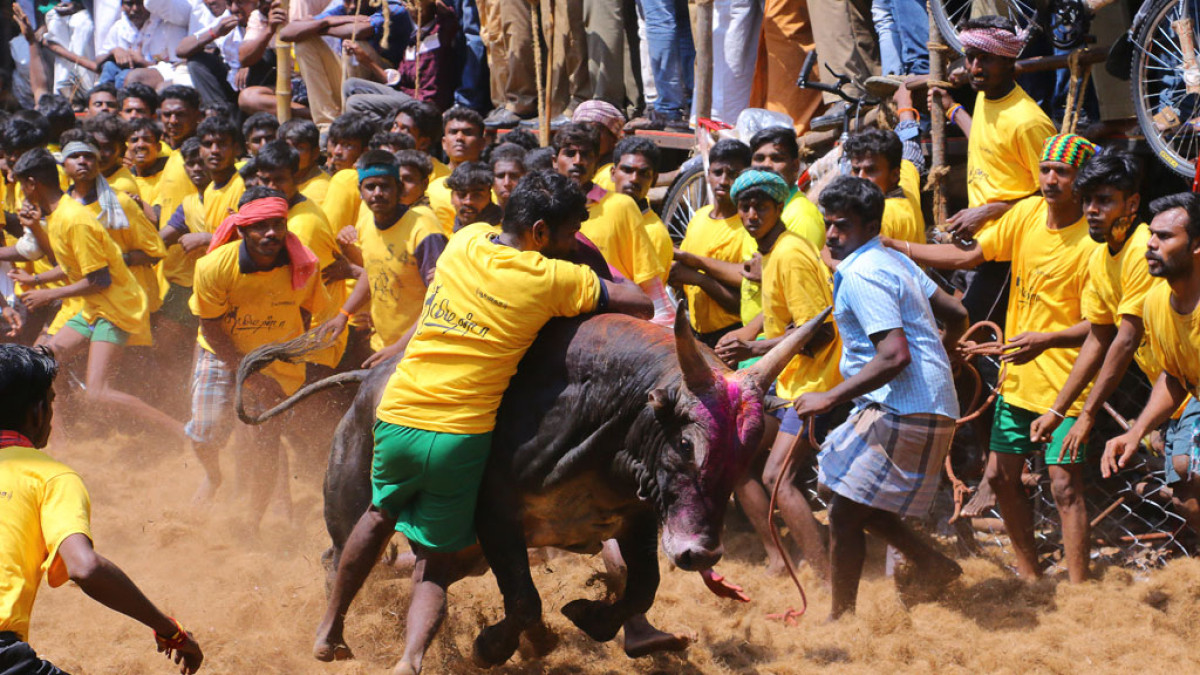 Jallikattu is associated with the harvest festival of Pongal

Like the rest of South India, Pongal (the local name for Makar Sankranti) is celebrated in grand fashion. The four-day-long festival is one of the largest occasions in Tamil Nadu. Day one sees old things replaced by new in the household while day two, easily the most important, is when the festival food is prepared. The locals also blow conch shells to signal the start of the harvest season. The third day is for the feeding of cattles but some villages also organise Jallikattu, a festival for the taming of bulls (this time, it is being held with the strict observance of COVID-19 protocols). The last day is usually spent with the family.