UP Assembly Election 2022: A Do-Or-Die Battle For BJP And Its Rivals

Not only for the ruling parties but also for the Opposition, the upcoming state elections are a veritable litmus test, which will set the agenda of politics and governance in the country.

More from Harimohan Mishra
View All

The battle lines have been drawn in the five poll-bound states, including the all-important Uttar Pradesh. How big are the latest electoral battles, and how much impact their outcome will have in altering the course of national politics, could be gauged from the way the ruling parties and the Opposition have braced themselves up for the polls?

Over the past few weeks, Prime Minister Narendra Modi withdrew the three central agricultural laws with an apology to the farmers, which were initially dubbed as landmark initiatives by the Centre. It was followed a decision to reduce excise duty on petrol and diesel.

In the run-up to the polls, the inauguration of the Kashi- Vishwanath Corridor in Varanasi where the Prime Minister also took a dip in the holy Ganga turned out to be a spectacular event watched by people from across the world. Elsewhere, to make the inauguration of Purvanchal Expressway in Uttar Pradesh look grand, the Air Force planes performed aerial feats. Also, in the first reshuffle of the second term of the Modi government at the Centre, the caste-wise list of the ministers was revealed when backward caste and Dalits leaders were included in the Union Cabinet. The Opposition camp was not behind. For the first time during the Coronavirus epidemic, its leaders came out on the streets to gear up for the ensuing battle.

There is no denying the fact that Uttar Pradesh in the Hindi heartland is the most important of the five states going to the polls in February-March. Uttarakhand, Punjab, Goa and Manipur are the other states where assembly polls are being held in February-March.

In fact, the Uttar Pradesh election is not just about one state. It actually holds the key to the power at the Centre. The road to power in New Delhi, as they say, starts from Lucknow. That is why these elections are a big challenge indeed for the BJP’s 'double engine' government in the state. Its results will have a far-reaching impact on the national political scenario. By the end of this year, assembly elections will also be held in Gujarat and Himachal Pradesh to be followed next year in Madhya Pradesh, Rajasthan, Karnataka, Chhattisgarh. And then, the next Lok Sabha elections are due to be held in 2024.

It is also worth noting that the BJP is in power in about three-fourths of these states and about two-thirds of its MPs also come from these states. Therefore, the process of a litmus test of "double engine governments" is starting from the elections to the five states now. 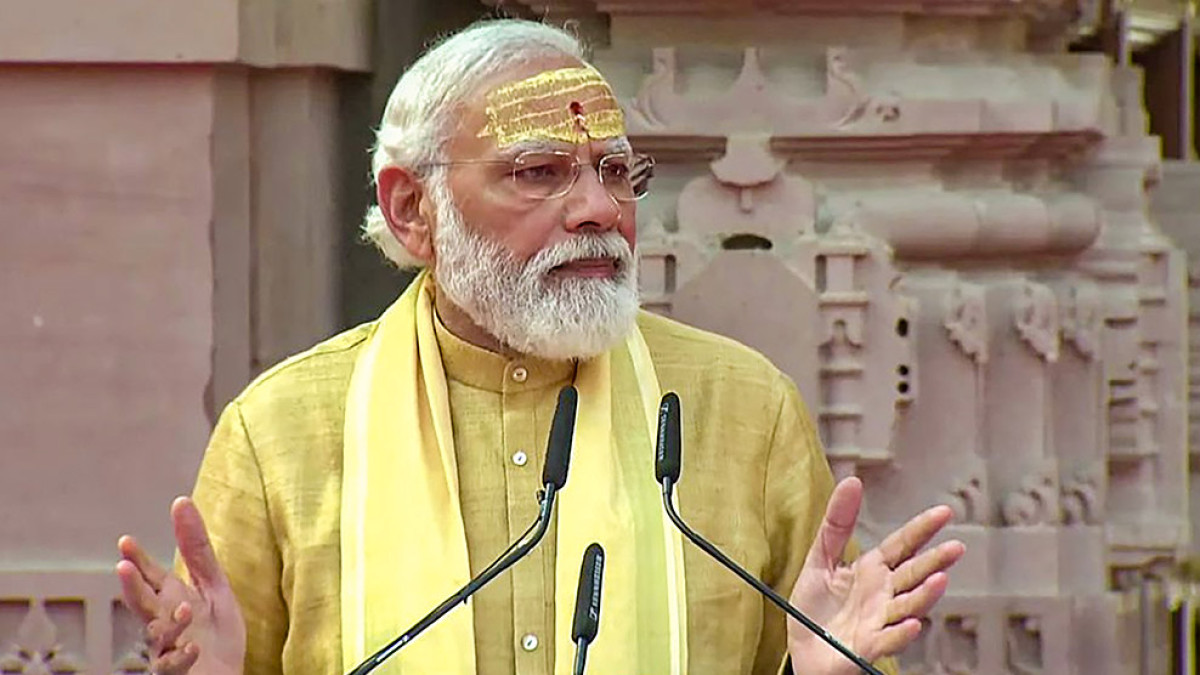 However, it is more than a simple test for the BJP in particular. Elections for the President and the Vice-President are due in July-August this year. Hence, it makes the outcome of these elections, especially in Uttar Pradesh and Uttarakhand, all the more significant. If the number of MLAs of BJP or NDA decreases, it will have a direct bearing on the presidential elections.

Moreover, 73 Rajya Sabha members are also retiring before July this year. In such a situation, any reduction in the number of the MLAs due to elections to these five states will change the composition of the Rajya Sabha, which will, in turn, affect the presidential and vice-presidential polls. The BJP, therefore, cannot simply afford to face adversities in these crucial elections.

It not only has to simply ensure a win but win by a big margin so as to ensure smooth sailing in the President’s and vice-president’s polls.  A victory with a small margin or a defeat will lead to big problems for the saffron party.

As a matter of fact, the challenge looks bigger than that. The year 2025 has a special significance for the BJP and the Sangh Parivar when the Rashtriya Swayamsevak Sangh (RSS) will be celebrating the centenary of its formation. It is an extremely important milestone for organisations pursuing Hindutva politics. All the organisations affiliated with the Sangh Parivar have already started making grand preparations to celebrate the centenary of RSS. Hence, any setback in these elections at this juncture will cause dismay to the Sangh Parivar in general and BJP in particular.

But is the opposition in fine fettle to pose a formidable challenge and stop the BJP’s juggernaut in UP and other states? For the Opposition, these elections are more than a do-or-die battle. As for Congress, the main Opposition party in the country, it is an opportunity to give itself a fresh lease of life. In these elections, except in Uttar Pradesh, Congress is the main contender in Punjab, Uttarakhand, Goa and Manipur.

It is already in power in Punjab. The Modi wave had failed to penetrate Punjab even in 2014. In 2017, the northern state had elected the Congress government. Four and a half years on, however, it remains to be seen if the high command’s decision to remove Chief minister Captain Amarinder Singh and replace him with Charanjit Singh Channi will prove to be a boon or a curse for the party?

Amarinder Singh has since joined forces with the BJP but their alliance does not appear to be causing much trouble to the Congress in the state as yet. But Aam Aadmi Party and the Sanyukt Samaj Morcha of the various farmers' organisations might become a challenge to the Congress in Punjab.

If the Congress loses power in Punjab this time, it will lose another stronghold, which has kept it afloat in its troubled times. Uttarakhand, Goa and Manipur have also been its traditional bastions until the BJP got power by breaking its leaders on a large scale in the three states. Now, the Congress faces a daunting task to reclaim its old strongholds in these elections? If not a comeback, even a decent performance may give the boost it needs to take on the BJP in the coming elections.

These elections are also important for Congress leadership, especially for Rahul Gandhi. If the party does well, the challenges to his leadership within the party, especially by the G-23 leaders, will ease and his re-election as party president will be easier, which is likely to coincide with the party's organisational elections in July-August this year. 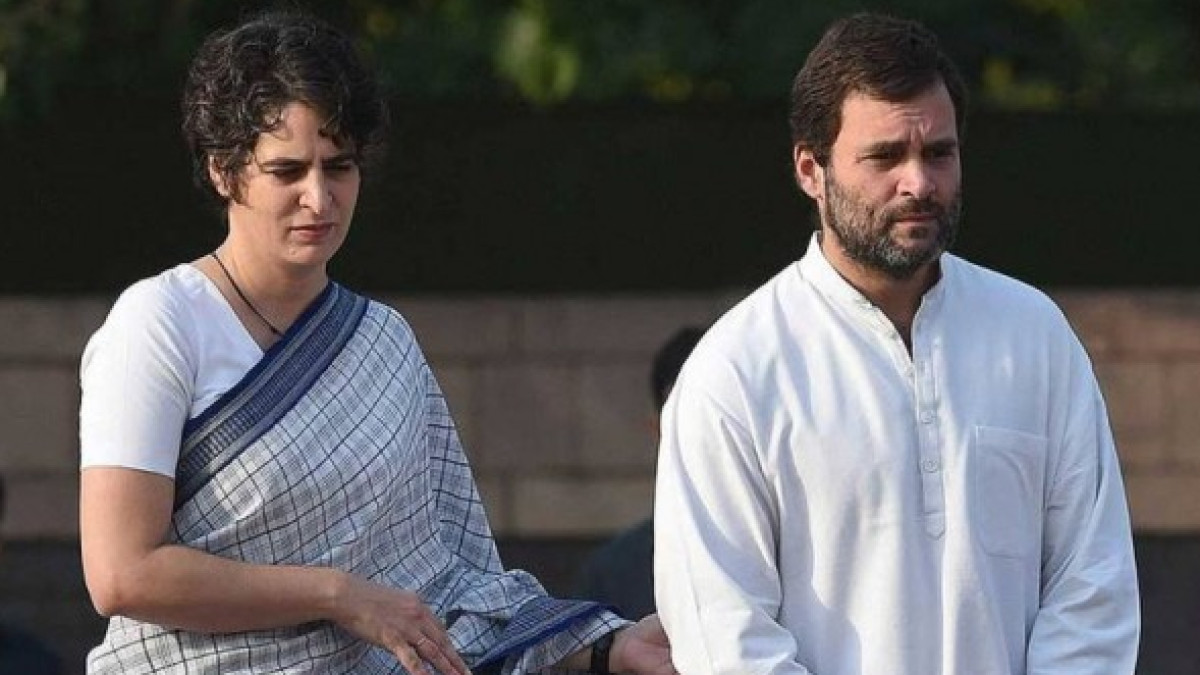 Uttar Pradesh is, therefore, certainly important for the Congress, because its revival in this state can bring it back to life. That is why Priyanka Gandhi has been very active in the state, trying her best to rebuild the organisation’s base. She has sought to win over women by liberally giving tickets to them but it may still take some time before it can hope to emerge as the formidable force that it once was in Uttar Pradesh.

Priyanka also faces the challenge to save her family's traditional seat of Rae Bareli in the 2022 elections and wrest Amethi back from the BJP in the 2024 Lok Sabha elections. She has been trying to win back the support of key leaders who had quit the party earlier.

Uttar Pradesh has also turned into a battleground for the rest of the Opposition, which is leaving no stone unturned to challenge the Yogi Adityanath-led BJP in the state. For leaders like Akhilesh Yadav of Samajwadi Party, Jayant Chaudhary of Rashtriya Lok Dal, backward leaders Omprakash Rajbhar, Swami Prasad Maurya, Dharam Singh Saini, Dara Singh Chauhan, Krishna Patel of Apna Dal (Sonelal), Keshav Maurya of Mahan Dal, it may well be a big opportunity to regain their political ground.

Political observers believe that the Opposition needs to make the most of the people’s sentiments emanating from the peasant movement, rising inflation, unemployment, and the issues related to the alleged neglect of the backwards and Dalits by the Centre and the UP government.

Incidents of the atrocities of Dalits and other marginalised castes in Hathras and other places appear to have strengthened such sentiments. The Yogi Adityanath government has also faced flak for its alleged centralised style of governance. Several leaders who had joined BJP after leaving BSP and SP are said to be unhappy over the dominance of upper castes in the government. The ministers who resigned from the BJP government recently complained that they were not given any work due to the dominance of the bureaucrats.

Political commentators believe that it will be very difficult for the Opposition especially the SP alliance to bounce back in the near future if it is not able to pull it off now.  This is probably why Akhilesh Yadav has become quite aggressive in attacking BJP in recent days. 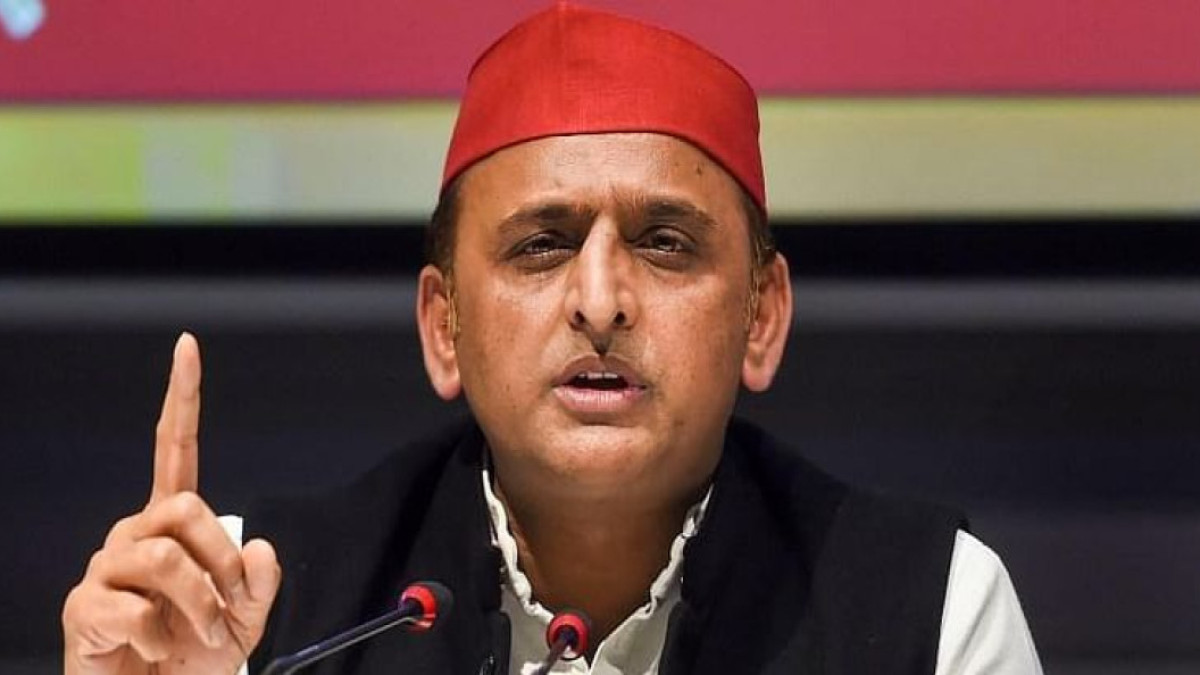 As for the BJP, it has the task cut out for itself to keep its support base intact in these elections. In 2014, the party had managed to bring in the upper castes, backward and Dalit castes under its umbrella, which had given it an edge over the Mandal and other centrist parties in the subsequent polls.

At the time, Narendra Modi had said that he was being called neech (lowly) because he belonged to a backward caste. It had widened the BJP's base considerably among the backward, most backward and Dalit castes. It had also given the Sangh Parivar an opportunity to expand itself and pursue Hindutva politics in the Hindi heartland forcefully.

With a view to widening its political base, the BJP had also embraced Ambedkar and all other backward-Dalit leaders while intensifying its attacks on Nehru. From time to time, the rise of radical Hindutva organisations against Mahatma Gandhi can also be called part of this politics. But now, the party faces a big challenge to keep its base intact among the backwards and Dalits. This is why BJP has the highest number of backwards on the list of its candidates declared in Uttar Pradesh so far.

Modi is known the world over as a strong leader but after the BJP’s defeat in the West Bengal assembly polls last year, the party has a lot at stake in these elections.  It is a do-or-die battle for the Opposition as well. Who will finally get the people’s mandate will be known only on March 10.