Cheslie Kryst, Miss USA 2019, passed away on Sunday. Miss Universe 2021 Harnaaz Sandhu wrote Kryst a heartfelt note in which she expressed her "heartbreak" over the news.

Kryst, a beauty queen, lawyer, fashion blogger, and Extra TV correspondent was pronounced dead at the scene after falling from a "higher elevation" of a 60-storey condominium in New York City shortly after 7 am on Sunday, January 30, as per what an NYPD spokesperson told E! News. 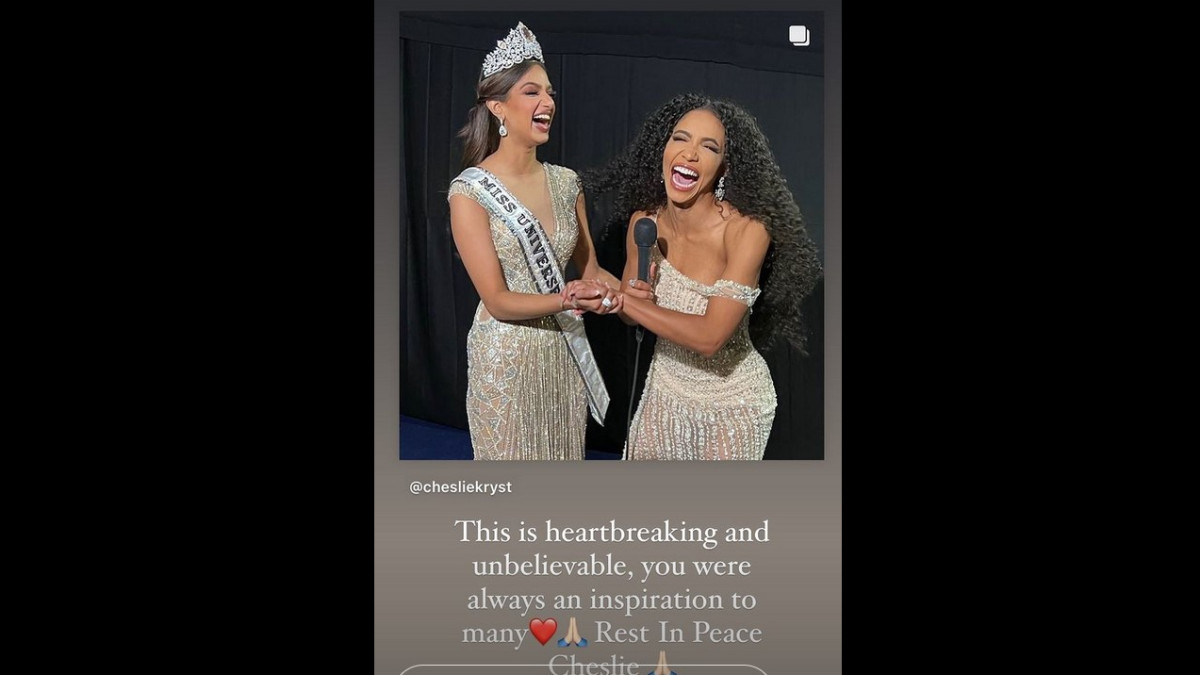 A picture of Harnaaz Sandhu and Cheslie Kryst posted by Sandhu on hearing of Kryst's death.

Sandhu posted a photo to her Instagram story on Monday in which she can be seen smiling with Kryst after her victory at the 70th Miss Universe 2021 pageant in Eilat, Israel.

Miss Universe 2021: Who Is Harnaaz Sandhu Who Brought Home The Crown After 21 Years

Here's What Harnaaz Sandhu's Miss Universe Crown Is Worth

She wrote, "This is heartbreaking and unbelievable, you were always an inspiration to many. Rest In Peace Cheslie (sic)," with the picture on her story.

The death of Kryst, who lived on the ninth floor, appears to be a suicide, according to E! News, though a medical examiner has yet to determine the official cause.

Kryst grew up in South Carolina after being born in Jackson, Michigan in 1991. She graduated from Wake Forest University School of Law in 2017 after attending the University of South Carolina. She worked as a civil litigator at the North Carolina firm Poyner Spruill LLP. She also started the White Collar Glam blog for women in business.

She was crowned Miss North Carolina USA in 2019 and took a break from work after being crowned Miss USA 2019. Her company named her as its first diversity advisor in 2020. Cheslie started working as a New York correspondent for Extra in 2019.