Putting Asymmetric Federalism In A Tinder-Box In India

The idea that asymmetric federalism is both secession-inducing and secession-preventing has resonated powerfully in India’s Constituent Assembly (CA) Debates on the Sixth Schedule in the late 1940s.

All polities around the world—whether they are federal or unitary—are by default de facto asymmetric as they embody differential political units with varying size, resource endowments, demography, culture, language, nationality, and so on. Yet, not all polities envision de jure asymmetric institutional arrangements. This is plausible given that asymmetric federalism, as a normative idea and as a de jure asymmetric institutional arrangement, supports the recognition and institutional accommodation of territorially mobilised groups by envisioning ‘self-rule’ for them within the framework of ‘shared-rule’.
Driven by the majoritarian impulse to assimilate difference and establish a homogenous nation-state, integrationists are not favourable to this as they contend that asymmetric federalism reifies identities and leverages centrifugal tendencies in the long run. The cases of the former Yugoslavia and USSR are cited as exemplars to reinforce integrationists’ argument that asymmetric federalism constitutes the building block of centrifugal force which eventually led to secessionism and state break-up. On the contrary, accommodationists, who advocates asymmetric federalism, contend that it is a morally defensible idea and one of the most effective institutional arrangements to ‘hold together’ deeply divided societies like Belgium, Canada, Spain and India, and simultaneously promote peace and stability. They contend that it is not federalism per se, but the lack of democracy and genuine federalism which lies at the heart of states’ failure in eastern Europe and the USSR. 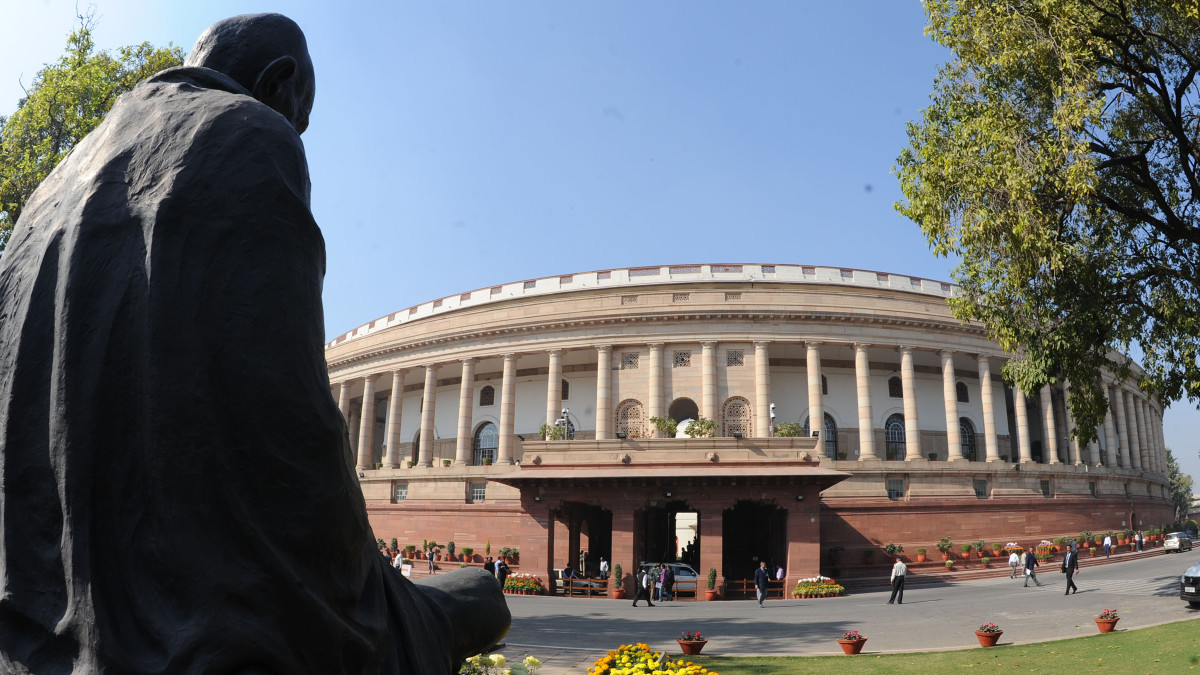 The idea that asymmetric federalism is both secession-inducing and secession-preventing has resonated powerfully in India’s Constituent Assembly (CA) Debates on the Sixth Schedule in the late 1940s, in the debates surrounding the formation of Nagaland state under Article 371A, and most recently in the attempt by the Centre during 2011-13 to claim sovereign powers over petroleum and natural gas in Nagaland, dissolution of Jammu and Kashmir’s special status under Article 370 in August 2019, and attempt to dilute Article 371C in Manipur’s hill areas in September 2021.  I argue and demonstrate here that the idea of democracy is central to and interwoven with asymmetric federalism. Seen from this perspective, concerns about its institutional outcomes are contingent on how and in what forms asymmetric federal institutions promote or are seen to promote democratic justice and inclusive democratic setting.
Indeed, some influential members of CA were wary of the separatist and secessionist potential of asymmetric federalism when the report of one of its subcommittees chaired by Gopinath Bordoloi was debated in early September 1949. This Committee’s recommendation for tribal ‘self-rule’ in the erstwhile hill areas of Assam on matters pertaining to social and customary laws, religious practices, inheritance of property, etc under the proposed Autonomous District Councils (ADCs) was considered unacceptable by integrationist members like Brajeshwar Prasad (Orissa) and Kuladhar Chaliha (Assam). Drawing from the logic of economic unviability, a selective and problematic understanding of ‘summary justice’ that the Nagas practised through head-hunting, Prasad feared that it might leverage ‘chaos, anarchy and disorder'. The prospect of ‘tribalstan’ and ‘communistan’—to wit Chaliha—that this entails is also seen to permanently foreclose their desire to assimilate tribals into the Hindu fold. However, accommodationist like B.R. Ambedkar, Jaipal Singh (Bihar), Rev. JJM Nichols Roy, and Bordoloi advocate categorical recognition and accommodation of tribal distinctiveness to secure ‘an enlarged democratic setting’ in post-independent India.

Given that ADCs exemplified what Jyotirindra Dasgupta calls ‘cascaded autonomy’ whereby the substate political units are linked with institutional grids of the state and the centre through a negotiated multilevel framework, the fear of secessionism is misplaced. Far from leveraging secessionism, the Sixth Schedule is credited for transforming former tribal ‘rebels’ including the Bodos as important stakeholders of India’s polity, a point reinforced by the third tripartite Bodo Accord that New Delhi signed with Assam and the Bodo groups represented by various factions of the National Democratic Front of Bodoland and civil society groups in January 2020. ADCs have since increased from six in the 1950s to eleven; they now encompass the tribal areas of Assam, Meghalaya, Mizoram and Tripura.

The Sixth Schedule provides an important blueprint for tribal ‘self-rule’, yet it remains weak on envisioning ‘shared-rule’ within and across groups. The case of Bodoland which facilitate the Bodo, the minority group that constitutes less than a third of the Bodoland population, to monopolise 75 per cent of the Territorial Council has spawned inter-ethnic conflicts. Intermittent ethnic conflicts in Bodoland stem from a faulty asymmetric institutional design that impels serious rethinking on ways and means of securing an enlarged democratic setting for other tribal and non-tribal groups by envisioning a robust power-sharing framework. This should be tailored to give effective voice to these groups in the decision-making process which directly affect their interest. Making ADCs work for over seven decades also unravel structural bias against ‘outsiders’ who have historically settled in these places even as they were denied ownership of land and permanent settlement. The binary between ‘insiders’ and ‘outsiders’ evidently needs critical rejig in ways that promote democratic justice for ‘outsiders’ with a longstanding stake in the system.

The desire for a meaningful ‘self-rule’ in a place like Manipur’s hill areas and their lack of an enlarged democratic setting are reinforced by the conspicuous failure to devolve legislative and substantive financial powers to the six district councils on the one hand, and the ineffectual functioning of the Hill Areas Committee (HAC)—two sub-state constitutional asymmetric arrangements, on the other hand. Established to secure the developmental and identity interests of the tribals at the state level, HAC remains divided at best and an advisory committee with no consequential autonomous power at worst. The 19-members who are elected members of the Manipur Assembly from the hill areas often trade their collective tribal interest for partisan party or segmental interest. Notwithstanding this, the sub-state level autonomy arrangements that Article 371C is sought to be diluted recently in Manipur where the Speaker, in his overweening integrationist zeal to cave into majoritarian civil society pressure notified on 1 September 2021, to induct nine members outside the hill areas. Although this is widely seen as a clear breach of power which is reserved for the President of India, the speaker dragged his feet for seven days, until he was compelled to retract his notification after the tribal society organisations either greeted CM Biren Singh with black flags or boycotted his visit to the hills.

Attempts by the Centre to make sovereign claim over petroleum and natural gas in Nagaland during 2011-13 and the contestations it unleashed has revived the secession-inducing and secession-preventing potential of asymmetric federalism. When the Nagaland statehood bill was debated in the Parliament on 1 August 1960, some members considered it ‘outlandish’ and opposed the creation of an economically unviable state as the projected-deficit for Nagaland was 50 lakhs at the outset. The provision of Article 371A under which Nagaland was accommodated into India is seen to have negotiated and shared sovereign powers, inter alia, by envisioning expansive powers over ‘land and resources’ as Nagaland can make inapplicable any law made by the Parliament on this. Article 371A is seen as a ‘bedrock’ that secure Nagaland for India although armed Naga independentist see it as an instance of ‘sell-out’ by ‘Indian stooges’. Drawing from Article 371A and the unanimous legal advice it received from leading Indian lawyers in the 1980s, 1990s and early 2000s, Nagaland hold its fort and argues that its negotiated power on petroleum and natural gas is inviolable. Even as the matter is yet to be settled in the court, these contestations have led the Naga Hoho, the apex Naga tribal body, to restore the pre-1957 status under which Nagaland was placed under the Ministry of External Affairs.

The August 2019 dissolution of Article 370 in J&K, the jewel in the crown of India’s asymmetric federalism, on the pretext of ‘development’ and preventing secessionism has underscored the triumph of integrationists over accommodationists. It also rekindles apprehension by some quarters that asymmetric federalism is not central to India’s institutional imagery. The fact that the Centre dissolves this under heavy security deployment and prolonged suspension of telephone and internet do not say very much about a confident and democratic India. That this dissolution happens by securing the consent of the Governor, as a proxy of the elected State Assembly which was put under suspended animation for almost a year before this, has put the future of asymmetric federalism in a tinder-box. The J&K story reinforces the centralising impulse in Indian federalism and the short supply of commitment to institutionally recognise and accommodate mobilised territorial groups in the periphery as enduring values of India’s federal polity.

Kham Khan Suan Hausing is professor and head of the Department of Political Science, University of Hyderabad. Hausing is also an honorary Senior Fellow, Centre for Multilevel Federalism, Institute of Social Sciences, New Delhi. Views expressed are personal and may not necessarily reflect the views of Outlook Magazine)