Family Feuds In Indian Politics: An Eternal Saga Of Power And Position

From Gandhis and Yadavs to Thackerays and Naidus, dynastic equations have always ruled the political scenario of India predominantly.

Feuds in the country’s political families are not new. Every political dynasty has a running feud that has turned more bitter with passing years. In the mind-boggling family dramas played out for public consumption, the main characters include brothers versus sisters, mothers versus daughters, sons versus father, sons versus mothers, daughters versus fathers and daughters versus mother. There are other puzzling complex combinations too.

The Chautalas (Haryana), MK Stalin and his elder brother MK Azhagiri (Tamil Nadu),  Badals (Punjab), Bajwas (Punjab), Giridhar and Hema Gamang (Odisha), YS Jaganmohan Reddy and his sister Sharmila (Andhra Pradesh), Chirag Paswan and his uncle Pashupati Kumar Paras and so many more have all got running feuds in their families. The bitterness has not only broken up families but has seen one pitted against the other in angry and high-pitched electoral battles. These feuds have also changed political demographics in constituencies and political parties.

Some of the well-known battles which have transcended decades and generations include:

Though the power tussle within the Gandhi family started way before the 1980s, it was after the death of Sanjay Gandhi, the younger son of Indira Gandhi, in a plane crash that the friction came out into the open. The widow, Maneka, moved out of the powerful shadow of her mother-in-law and was stated to be thrown out of her marital home. It led to bitterness between Maneka and Sonia, the wife of the other son Rajiv Gandhi. This bitterness – political and personal - has survived the deaths of Indira Gandhi, Rajiv Gandhi and a host of other happenings. 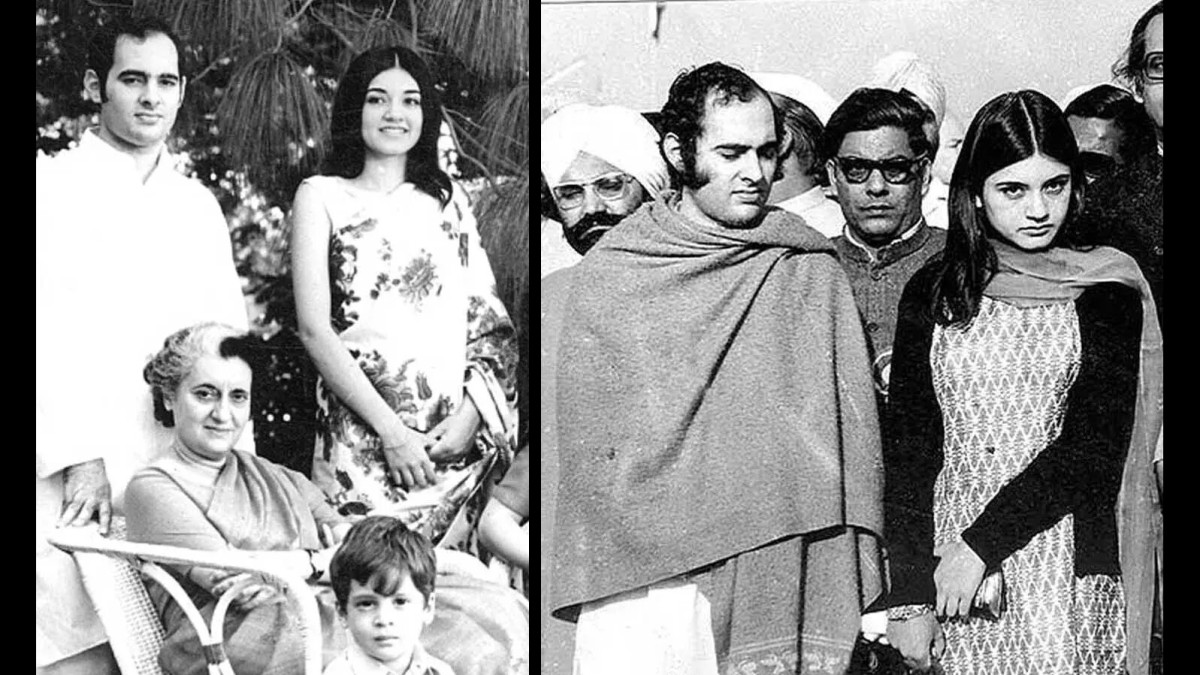 In 1982, Maneka launched the Sanjay Vichar Manch and then merged it with the Janata Dal in 1988. In 1984, Maneka contested the Lok Sabha polls against her brother-in-law Rajiv Gandhi as an independent, which she lost with a huge margin. Maneka and her son Varun joined the BJP in 2004, after the Sonia-led Congress Party came to power at the Centre.

After Akhilesh Yadav, the son of Mulayam Singh Yadav from his first wife, took over as the chief minister of Uttar Pradesh, there was a split in the Samajwadi Party. One group was headed by Akhilesh and has his father’s brother Ram Gopal Yadav as the prime supporter, while the other group was led by Mulayam Singh and his other brother Shivpal Yadav. Politician late Amar Singh, a good friend of Mulayam Singh was part of the coterie.

Trouble began when Akhilesh dropped his uncle Shivpal on two occasions from his Cabinet of ministers. Mulayam Singh, chose his brother over his son and supported Shivpal. This led to a much-publicized showdown between father and son, as it was felt that Akhilesh had directly challenged his father. The Samajwadi Party workers had started dividing themselves in support of the factions led by the father and son. 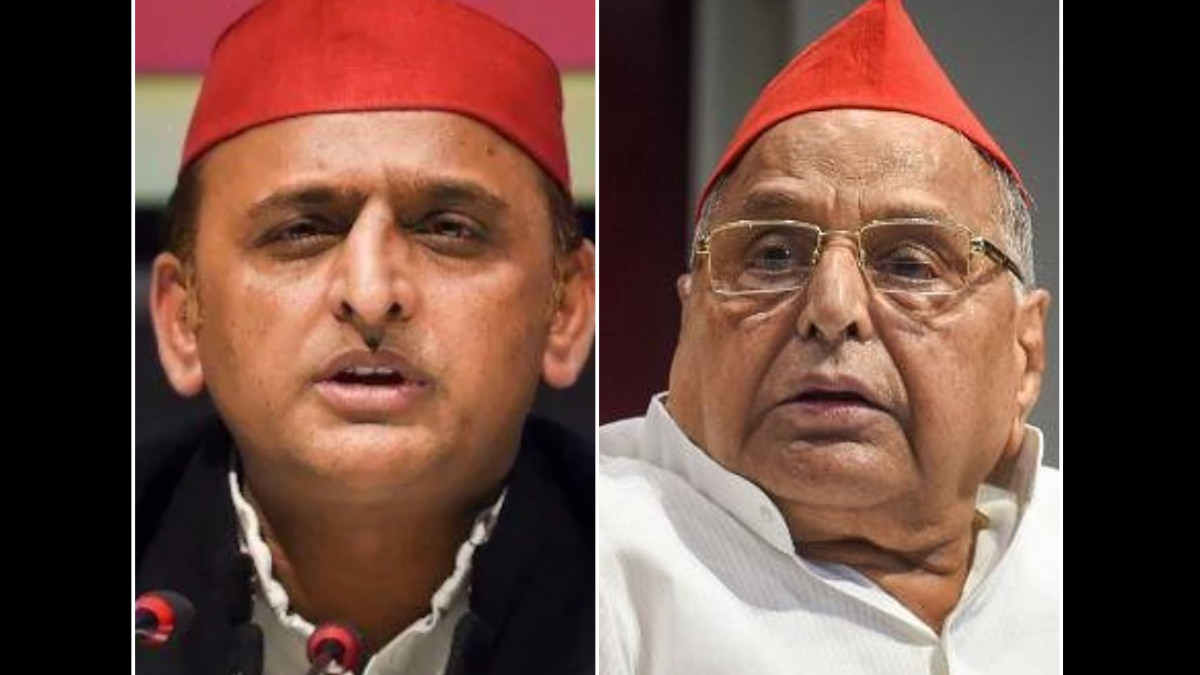 In December 2016, Akhilesh and his uncle Ram Gopal were expelled from the Samajwadi Party for a period of six years. Citing indiscipline, Mulayam Singh had done the act, which many said was to prove that he was still the head of the party. However, he was compelled to cancel the expulsion within 24 hours after 200 out of 239 of the Samajwadi Party MLAs met at Akhilesh’s house. In 2017, came the clincher that shook the foundation of the father-son relationship and broke them up completely. Akhilesh had released a list of 235 candidates for the 2017 Assembly Polls in Uttar Pradesh. Some days later his father and uncle Shivpal released another list, this time it contained the names of 325 candidates. Probably, good sense had prevailed and there was one consolidated list of candidates. However, this had led to mass confusion in the Samajwadi Party, effects of which were felt in the ballot boxes. The Samajwadi Party lost the polls to the BJP.

Matters have never been peaceful in the Yadav household as both bahus – Dimple who is Akhilesh’s wife and Aparna, the wife of Prateek, who is Mulayam’s son from his second wife – were politically ambitious. Unverified information mentioned that Prateek’s mother had felt Mulayam Singh was only focused on the political career of Akhilesh and not his other son. However, in the 2017 Assembly polls, both the bahus contested the polls and lost.
Sources said that Aparna Bisht Yadav, who belongs to the same caste (Thakurs) as UP chief minister Ajay Kumar Bisht aka Yogi Adityanath, had for a long time been openly displaying her saffron leanings. In a bid to increase the divide between Mulayam Singh and Akhilesh Yadav, the BJP had set out to get Aparna into their fold, which took place about on 19 January.

Though Aparna is fairly unknown and does not command any weight in the Samajwadi Party’s politics, her induction is an act to embarrass her brother-in-law Akhilesh, who is a chief ministerial contender.

Raos and Naidus of Andhra Pradesh

The power tussle between actor-politician the late NT Rama Rao (NTR) and his son-in-law Chandrababu Naidu was a well-publicized happening in the South of India. Naidu was married to NTR’s daughter from his first marriage. In 1982, NTR established the Telugu Desam Party (TDP) and became the chief minister that year, on an anti-Congress sentiment. The party won again in 1985, but lost the polls in 1989. In 1994, the TDP came back to power. 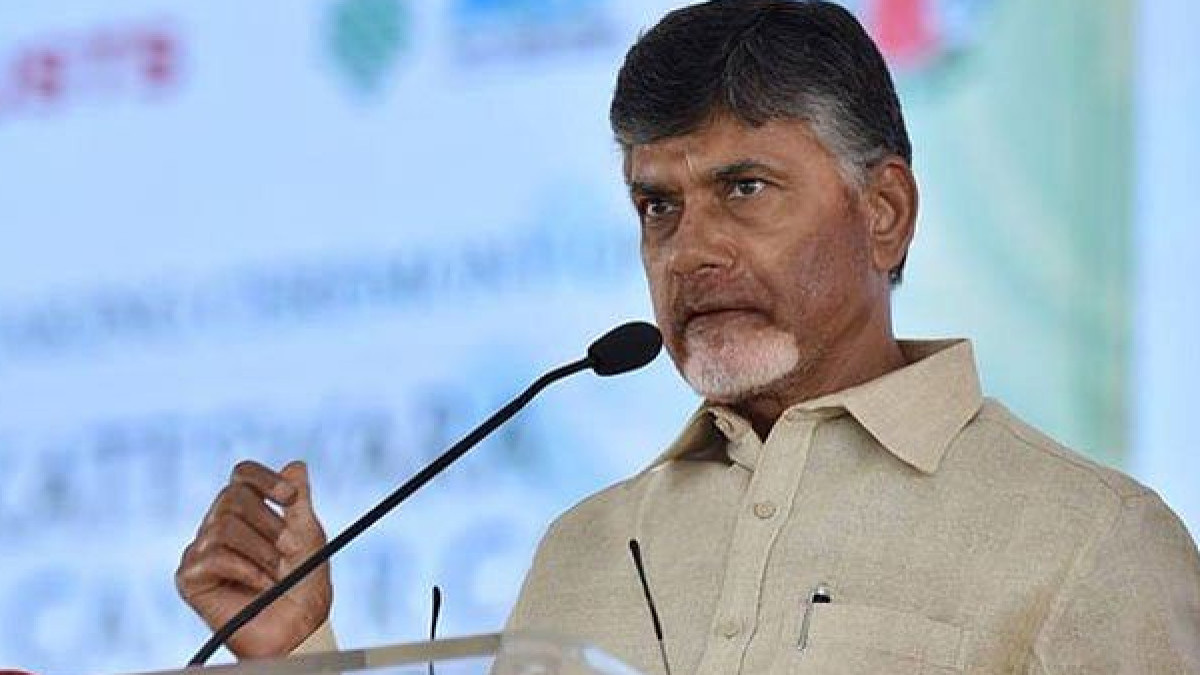 Meanwhile, there was a simmering disgruntlement and soon this became a bitter political battle between NTR and Naidu. In 1995, after overthrowing NTR as the president of the TDP, Naidu took over as the chief minister of Andhra Pradesh. The bitterness between NTR and Naidu started after a relationship developed between the former and Laxmi Parvathy, who was his biographer. NTR and Parvathy married and there was every move to anoint her as his political successor. NTR’s daughter Purandeshwari fell out with Naidu in 1995.

There was a long-standing bitter feud in the Gwalior royal family between Vijayaraje Scindia and her son Madhavrao. It was a political bitterness which split over into their personal lives. They lived in separate wings in the same palace. While Vijayaraje was in the BJP, Madhavrao was a powerful Congress Party leader. Their bitterness split over in the Parliament, their palace and the court-rooms.

Though Vijayaraje won her first two Lok Sabha elections as a Congress woman, she later joined the Samyukta Vinaya Dal. This was after a bitter fall-out with the then chief minister of Madhya Pradesh Dwarka Prasad Mishra. Later, she joined the Jan Sangh and was a founding member of the BJP. The bitterness between the mother and son grew by leaps and bounds and often there was public airing of this feud.

The feud also extended to the other members of the Scindia family. There were bitter clashes between Madhavrao and his sisters Vasundhararaje, Usha Raje and Yasodhararaje, who are all in the BJP. This went on for several decades and has not reduced despite Madhavrao’s son and former Congress Party leader, Jyotiraditya Scindia joining the BJP and is a minister in the Central cabinet.

The political feud between Uddhav Thackeray and his cousin Raj Thackeray is well-known across the country. Though they never spoke against each other in public, the simmering discontent between the two came out into the open over a decade ago, when Uddhav was anointed as the working president of the Shiv Sena by his father Balsaheb Thackeray. Uddhav was considered to be the backroom boy of the Shiv Sena while Raj was the fronts-man after his uncle, who was the party chief. 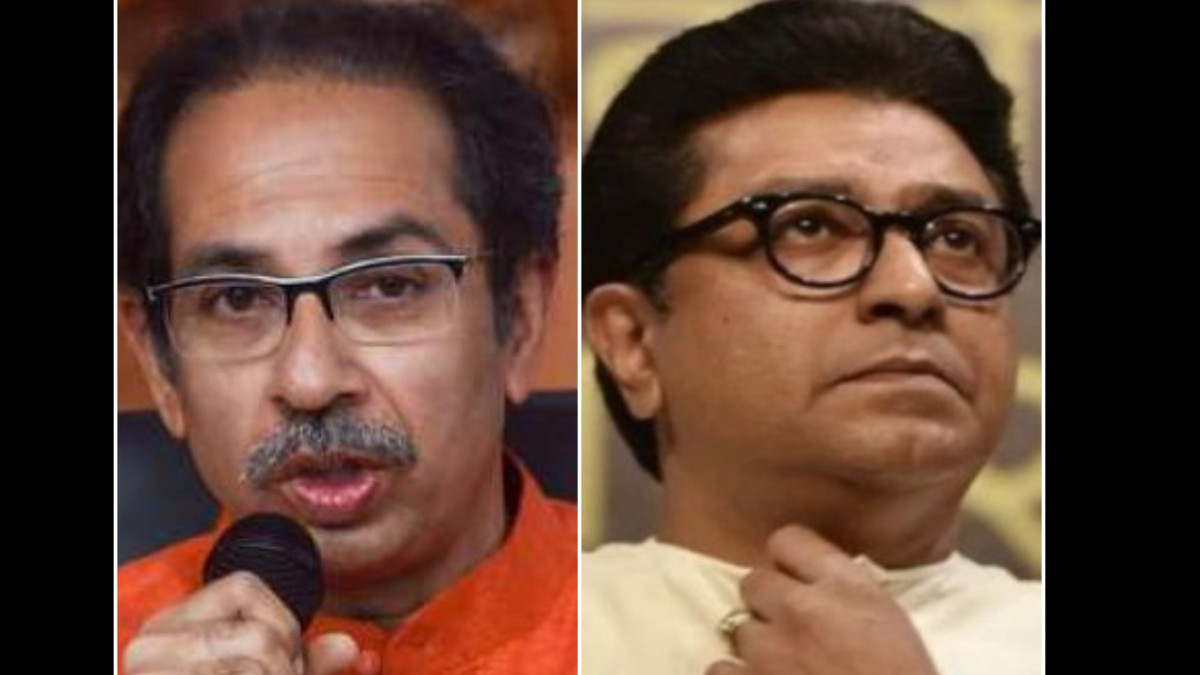 Raj moulded himself like his uncle and became his caricature, a fact which went down well with the Shiv Sainiks. Uddhav and Raj were the opposites. However, when time came for the baton to be handed over to a new chief, Thackeray chose his son, Uddhav as his political heir.

Raj walked out of the Shiv Sena and set up the Maharashtra Navnirman Sena (MNS). However, though Raj was looked upon as a more aggressive leader, he failed to impress. Neither his oratory, nor his likeness to his uncle has helped him. While his cousin Uddhav is the incumbent chief minister of Maharashtra, Raj has been in political oblivion.

Yadavs of Bihar
Bihar politics has come alive with the political upmanship between Lalu Prasad Yadav’s sons Tejaswi and Tej Pratap. The former is the political heir of the former chief minister. 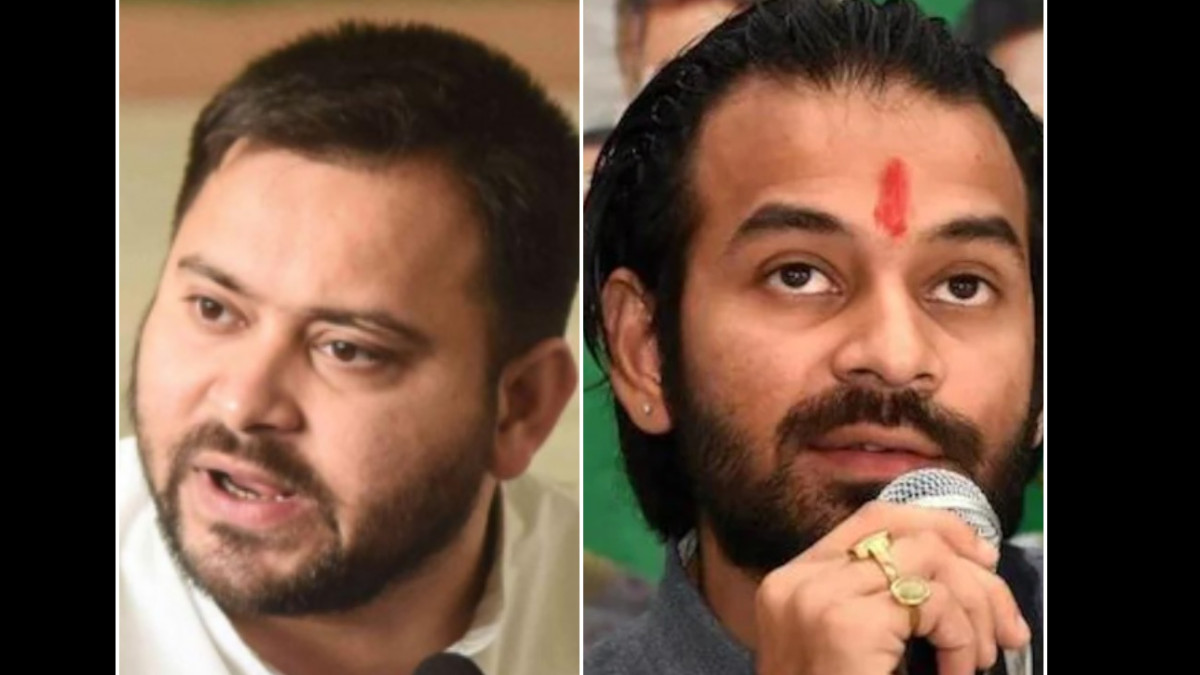 While Tejaswi is focused on his plans for the Rashtriya Janata Dal (RJD), his brother has tried in vain to be a part of the political scheme of things. Both have grown apart and the chasm is widening despite attempts by their mother and former chief minister Rabri Devi to patch up the feud.