The Rishikesh-Gangotri National Highway was blocked by rocks and boulders falling from the hills near Helgugad and Swarigad in Uttarkashi, while the Vikasnagar-Kalsi-Barkot National Highway in Dehradun district was also...

Heavy downpours, flash floods, and landslides have led to the demise of about five people with thirteen others suspected dead in Himachal Pradesh.

The 20-km long narrow gauge Neral-Matheran train came to a grinding halt three years back as the railway line was severely damaged due to torrential rains and landslides. Heavy rains were lashing Subramanya from the evening of Monday. Around 7 PM, a huge sound was heard. 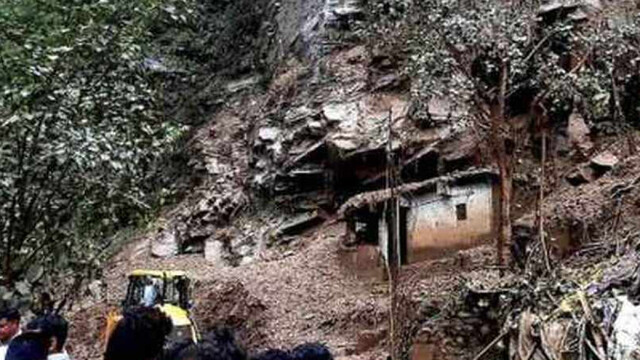 Landslides caused by heavy rainfall have led to the closure of the Jammu-Srinagar highway. The fatalities included four each in Uttarakhand and Odisha, and one in Jharkhand. Heavy rainfall in Himachal Pradesh since Friday caused landslides and flash floods. Flood Situation Improves In Assam With Over 90,000 Still Affected

The flood situation in Assam continues to improve while over 90,000 people are still reeling from the aftermath of the severe flooding in the state.

Many areas in Odisha were battered by heavy to very heavy rain, leading to water logging in many places, the Met office said on Tuesday explaining that this...

Cachar happens to be the worst-hit in the state over 2.08 lakh people hit due to floods, followed by Morigaon with nearly 1.42 lakh affected people.

Damning The Himalayas: The Role Of Himalayan Dams In Climate Crisis

Climate scientists have failed to adequately acknowledge risks associated with large-scale hydropower development in the Himalayas.

Rain Activity Likely To Increase In Himachal Pradesh On July 9, 10

The ASDMA bulletin said 8,88,177 people continue to be impacted by the deluge, with Cachar district being the worst-hit as more than 5.63 lakh people are in...

An official bulletin reports a marginal improvement in the flood condition in Assam despite the surmounting loss of lives and properties.

The meteorological department has declared an orange alert in DK for the next two days. Udupi DC also declared that all private and government colleges and...

Describing the next three months important from the point of view of possible calamities, Dhami has asked the district magistrates to take most of the...

In the last 24 hours, two more people died in landslides, while a search operation was underway for another two persons who went missing, according to...

As many as 2.33 lakh people have taken shelter in 637 relief camps of Assam, which has been battling floods and landslides for the past two weeks.

The highway was blocked due to landslides, mudslides and shooting stones at 33 places in Ramban and Udhampur districts apart from washing of a 150-feet long...

Boulders that had been blocking the Jammu-Srinagar NH were fragmented using explosives to clear the highway for the stranded vehicles to pass.