Bollywood actress Bhumi Pednekar, who plays Vicky Kaushal's bombshell wife in the upcoming streaming movie 'Govinda Naam Mera', shares that her character has the most hilarious dialogues in the film and that the makers have...

Bhumi Pednekar On Her 'Govinda Naam Mera' Character: Trying To Do Something Disruptive Again

Bhumi Pednekar is reaping praises for her incredible acting and dialogue delivery in her upcoming film 'Govinda Naam Mera', a comic thriller. With popularity, performances and panache, here are three method actresses of recent times that have made a mark on the screen. Bhumi Pednekar Gets Trolled For Her Dressing Sense, Netizens Compare Her With Urfi Javed

Bollywood celebs are often seen being trolled for their look or dressing styles and now Bhumi Pednekar has come to the radar of trollers. Well, the actress was recently spotted during a Diwali party, and no doubt she looked... This season of ‘Jhalak Dikhhla Jaa’ is finally coming to an end. Here’s taking a look at all the celebrities who came onto the show as guests to promote their ventures. The who's who of Bollywood arrived looking stunning at ace designer Manish Malhotra's Diwali party in Mumbai on Thursday evening.

Rakul Preet enjoyed her birthday bash in London with a "mouth full of cake" and her photos are a day late, but unmissable!

Actors Arjun Kapoor and Bhumi Pednekar, who have recently wrapped shooting for an edgy thriller 'The Ladykiller', have signed another film that pairs them...

The opening day of the film of about Rs. 9 crores has been the lowest opening of Akshay Kumar’s previous 10 films (except ‘Bell Bottom’).

For Bollywood actress Bhumi Pednekar, whose film 'Raksha Bandhan' released on Thursday, its a special day as the film was released on the same day as her...

It is a sad commentary on the divisive times we live in that films get trolled, and the patriotism of their makers questioned, even before they are released....

Bollywood's very own 'Khiladi' Akshay Kumar has seen the highs of highs with films such as 'Sooryavanshi', 'Kesari', 'Baby' and 'Holiday-A Soldier Is Never Off... 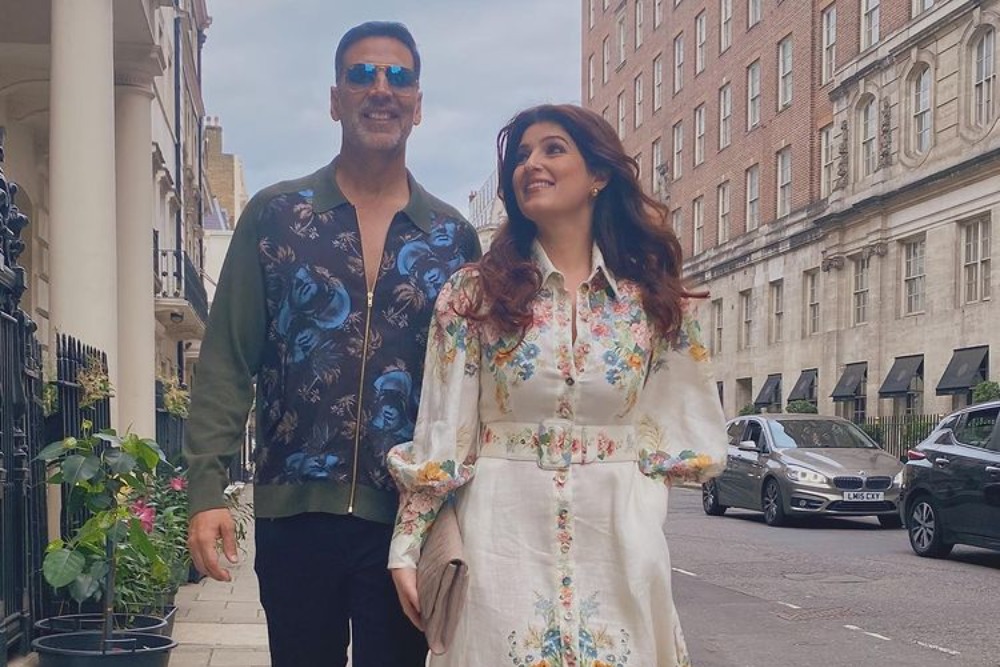 Akshay Kumar is all set to feature in Aanand L Rai’s ‘Raksha Bandhan’ and it will release on August 11.

'Govinda Naam Mera' is directed by Shashank Khaitan and is produced by Karan Johar of Dharma Productions.

Bhumi Pednekar To Be Part Of Karan Bhoolani’s Directorial

Actress Bhumi Padnekar will play the lead role in filmmaker Karan Bhoolani's upcoming project. As per reports, the film is already being shot.

Rajkummar Rao and Bhumi Pednekar star in 'Badhaai Do.' The film will be released in theatres on February 11th.