Hardik Pandya’s decision to prioritise IPL over Ranji Trophy is an indication of how cricketers want to get rich and secure flamboyant lifestyles.

Just when there seemed to be a welcome discussion building upon the importance of domestic cricket and the Ranji Trophy looks all set for a revival after two years, comes the disturbing news that one of India’s top all-rounders, presently out of the side due to injury and indifferent form, has decided to give the tournament a miss and ‘focus instead on his white-ball career.’ (More Cricket News)

Or in simple English, has decided not to expose his huge IPL contract as skipper of the Ahmedabad franchise to the risk of any possible injuries that might occur in the Ranji Trophy games and jeopardise his mega earnings. Or it may also be that his injury has not yet healed enough for him to play the longer format.

Whatever the case, his decision to opt-out, is in spite of BCCI president Sourav Ganguly clearly hinting in the press that he would like Hardik Pandya to play a few Ranji Trophy games, try out his bowling there and feel confident enough to make a comeback to the Indian side when fully fit and ready.

Which just shows that perhaps many top players now no longer have the desire or appetite to play the long format red-ball games, when they have the option of earning big bucks batting and bowling for a few overs in franchise cricket, where the demands on cricketing technique and physical and mental preparedness are completely different.

IPL 2022 Auction: Three Players With Maximum Base Price Who Might Go Unsold

IPL 2022 Player Auction: Namibians, India U-19 Players In Final Shortlist – Check Who’s In And Who’s Out

Since a lot of selections to the national teams have happened directly from the IPL in recent times, even the BCCI president’s expectations can be ignored by players on the understanding that a few explosive performances there would be enough to get them into the Indian white-ball side.

Or it may be that they just don’t care about playing for India anymore, unless it is on their own terms, with the big bucks of the IPL overriding every other consideration?

It would indeed be a sad day for the country if that were so, with players choosing IPL over the national team. Although it is not as if it has not happened earlier. Some of the best international cricketers have stopped playing for their countries at the height of their cricketing careers and concentrated on making money from franchise cricket across the globe. 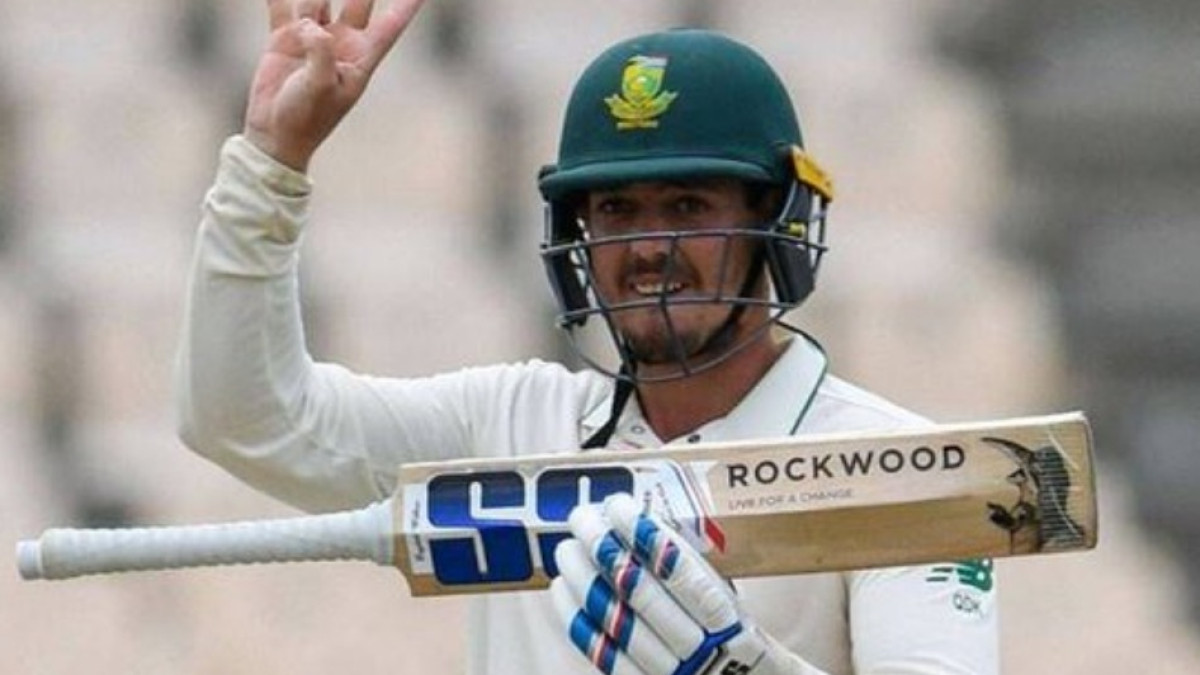 South Africa’s Quinton de Kock is perhaps the most recent example of this. This is such a loss to the game, unless of course, T20 were to become the game itself, in days to come. And a national cap reduced to being a stepping stone to a bigger IPL contract.

Too much of white-ball cricket is gradually eating away at the very foundations and elegance of the sport. Some of the unbelievable shots played routinely now, are great as innovations, but often ugly to look at and little better than what were called ‘hoicks’ or 'scoops' in an earlier time.

Which would be fine once in a while, but gradually many successful white-ball exponents are playing only those shots, destroying the aesthetics of a once-elegant sport.  They are also leading to many avoidable injuries.

Players with talent but little elite-level experience are going on to the biggest platforms very early in their careers and sometimes they are just not ready to handle the pressures, physically and mentally.

Patience to stay for long periods at the crease and the concentration needed to do so, have always come from playing red ball matches and this has ultimately helped players to perform on the biggest stages. Over the past few years of non-stop white-ball cricket, these skills have eroded alarmingly, specially in the younger players.

Which brings up the question that if the quality of cricket suffers, can the Boards or the players realistically hope to prosper for any length of time?

The IPL is now slowly killing Indian domestic cricket, particularly the red ball four-day Ranji Trophy games, leaving hardly any windows for it during the cricket season. Which is why the announcement of the revival of the Ranji Trophy in two phases was so welcome. And the decision of a top player rejecting it, so jarring.

The Ranji Trophy has always been the backbone of our domestic cricket, the breeding ground for future India stars and the platform to work out technical glitches when out of sorts. Indian Premier League must be played and promoted for sure, but not at the cost of the Ranji Trophy if this is to continue.

And unless both red and white-ball cricket are properly balanced, there might come a time when there may not be any more advertising and TV rights revenue left in the game, since the quality of the sport itself would not be attractive enough for people to watch it beyond a point and viewership might easily shift to other things.  More so if the national team’s results are disappointing. That would be a sure-shot way of driving away interest from the game very quickly.

It is hard to imagine this happening in India at this time, where almost the entire country fanatically follows cricket.  We have so many kids playing cricket, that there will always be enough young players coming through out of that huge talent base, who would be really good. So, we should be okay for some more time, but it could easily start to go wrong beyond a point, if we don’t get our act together in time. Because already, a lot of those kids have started dreaming only of playing white ball cricket and IPL.

The cricket administration must find ways out of this impasse and come up with a viable model. At some point of time there will have to be a choice, compulsorily if need be, between playing for national teams and playing franchise cricket. Between red and white ball cricket. And some kind of proportion would need to be laid down regarding how much white-ball cricket a player can play. 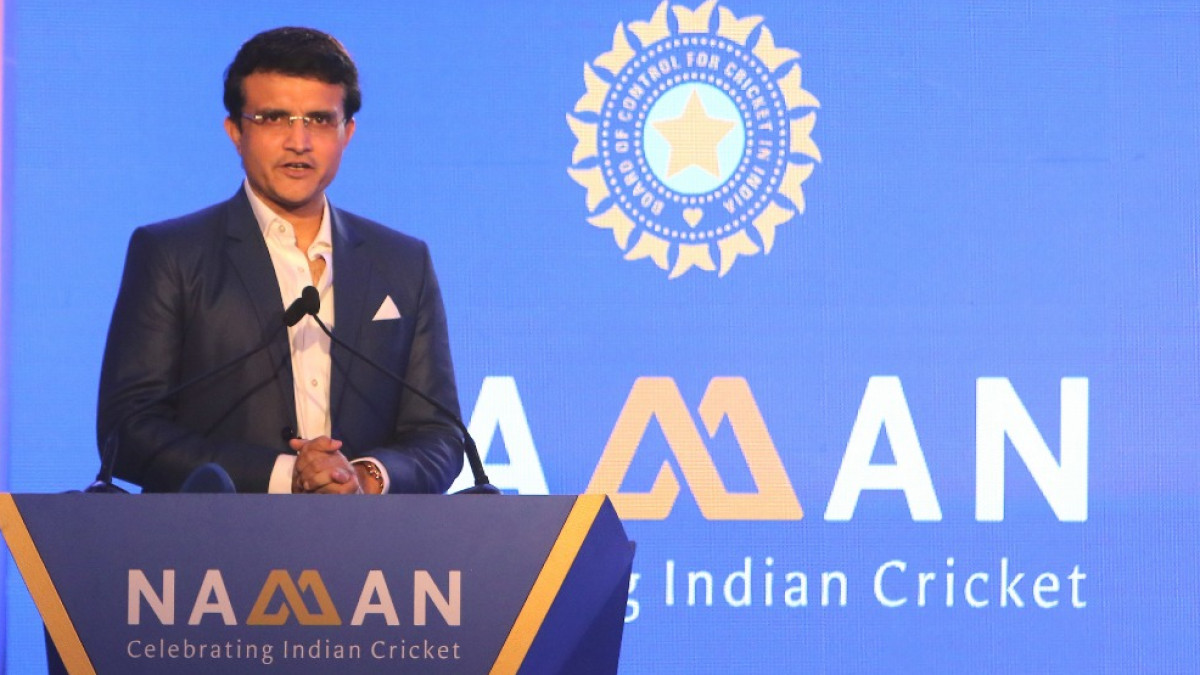 Men like Sourav Ganguly must decide what is the right balance between white and red-ball cricket. (Photo: BCCI)

One increasingly gets the feeling that international cricketers must be asked to play a certain minimum number of domestic matches prior to playing international cricket to afford them a chance of getting into the groove and improve the overall quality of cricket being played. The BCCI must plan Ranji Trophy schedules in a way that facilitates this and the main players get an opportunity for red-ball match practice ahead of overseas tours or home series, as the case may be. This will make domestic cricket meaningful again, with the top players participating.

Those playing for India on BCCI central contracts earn Rs 3-7 Cr per year, for just being part of the team. Their match fees, endorsements etc are over and above this, which could easily amount to a matching figure, or more. Numbers, that are unthinkable for most Indians, even in their wildest dreams, especially in these corona-hit times.

But because the IPL pays 12/14/16 Cr to its top players for just 2 months of cricket, this money now appears meagre and our cricketers go chasing after that lucrative contract that would secure their futures and change their lives beyond all expectations.

And so, a Hardik Pandya can afford to disregard a suggestion in respect of his struggling India career coming from the BCCI president himself.

(The author is a retired Wing Commander of the Indian Air Force and played first-class cricket for Services. Views are personal)