IPL has eaten into India’s domestic cricket structure. The lucrative T20 league serves only a handful of cricketers leaving the larger talent pool in distress.

Just over a year ago the Indian team was winning some astonishing victories and playing incredible cricket in Australia. One year later, a lot of the players who spearheaded that wave of success have disappeared or faded into oblivion. (More Cricket News)

Two of the biggest heroes of the white-ball series, Hardik Pandya and Ravindra Jadeja, are currently out of the Indian team against the West Indies due to injury.

Another young debutant, Washington Sundar, is finally looking set for a return to International cricket after months in the wilderness. Yet another who continues to remain invisible is left-arm medium-pacer T. Natarajan.

The only success stories from that remarkable tour who are still in the fray are Shardul Thakur, who has made a name for himself as a batting all-rounder, and Rishabh Pant, who continues to chart a brilliant but inconsistent course.

Even skipper Ajinkya Rahane, who had led so courageously from the front with a fighting century in the Test series after India crashed to an all-time low of 36 all out in Adelaide, has slipped into obscurity, his Test career in tatters.

When things go wrong, as they often will, players need some quiet time away from the glare of the floodlights to sort out things, in their minds and with their bodies and that is something that they don’t have currently, a place to go and sort out things.

Ranji Trophy was the ideal platform for this, for spending much-needed time in the middle, getting bat on ball, working things out. But that luxury has been unavailable in the present COVID-hit scheduling scenario, dictated by TV channels with their big bucks.

So, the likes of Rahane, who as stand-in captain scored that brilliant hundred in the second Test at Melbourne, are sinking deeper and deeper into the quicksand of near-permanent loss of form and there seems to be no way out for him. Or for his middle-order mate, Cheteshwar Pujara.

Hardik Pandya finds himself staring at an uncertain future after his stupendous success in that white-ball series in Australia, where he could do no wrong. Shane Warne had actually called upon Indians to start a petition at the time, for his retention in the Test side after the white ball matches ended. 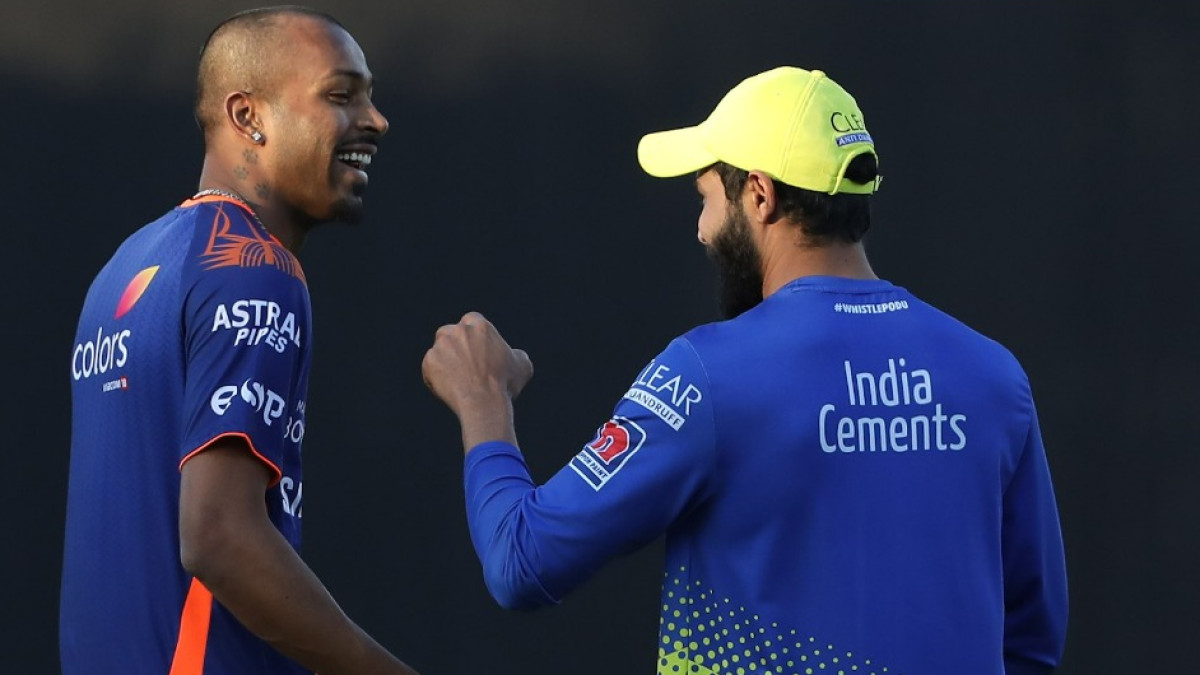 Since then however, things haven’t gone so well for him, with the talk revolving around his bowling, rather than the explosive batting, that in combination with his partner-in-crime Ravindra Jadeja, won matches for India and instilled a self-belief in the team that stood them in good stead in the incredible Test series that followed Down Under.

Today, the places for the bowling all-rounders look set to go to Deepak Chahar and Shardul Thakur, who have made emphatic claims with their ability to win matches off their bats, late in the batting order.

Like Pandya, just over a year ago, T. Natarajan was considered as a player who would be part of Indian white-ball squads for a long time, ever since his emergence as one of the most inspiring stories of the IPL. He had fired in 71 deadly yorkers, two seasons ago, in a performance that vaulted him into the Indian squad across all formats. 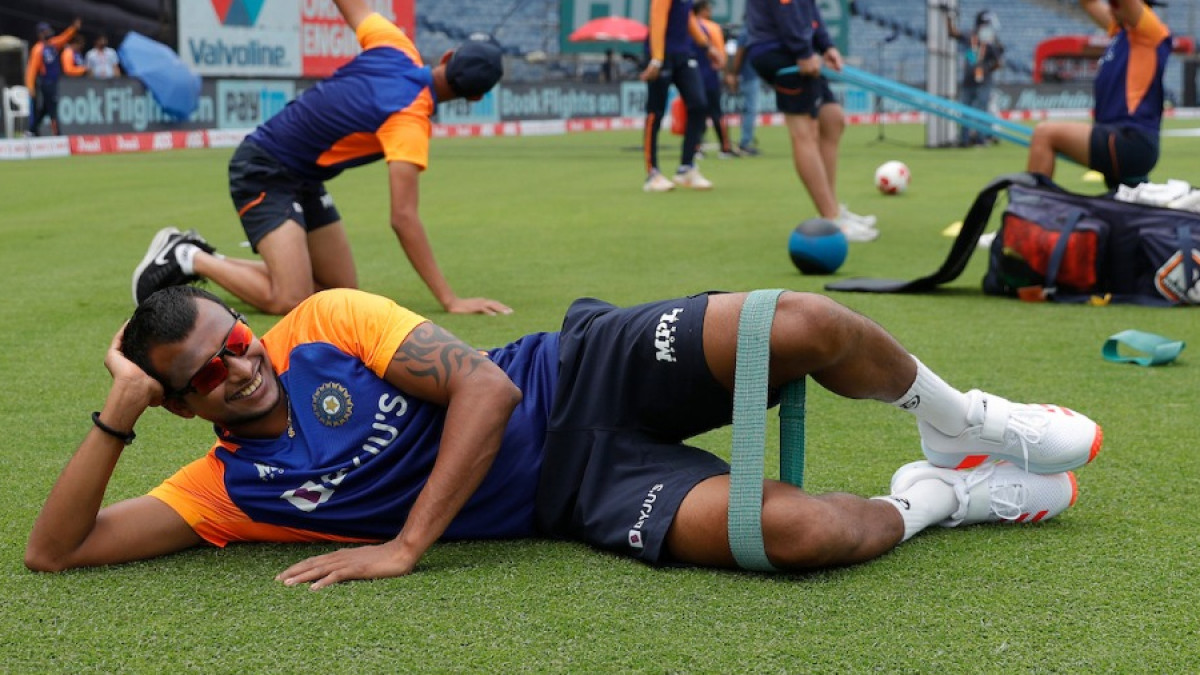 T. Natarajan has been missing in action for long. (Photo: BCCI)

After the Australian series, however, where he sustained a knee injury that required surgery, he has rarely played and seems unlikely to feature in the scheme of things in the near future.

Which is a shame because Natarajan’s brand of left-arm medium pace and the variety of angles that it creates, together with his accurate yorkers, would have made a potent left-right combination in the death overs with Jasprit Bumrah, both firing in wicked toe-crushers from the two ends.

Recently Rahul Dravid rued the inability of his bowlers to pick up wickets in the middle overs during the ODI series in South Africa. This lack of wicket-taking abilities by the spinners, as well as the struggles of our young batsmen against quality spin, first seen in Sri Lanka last year, are surely red flags that cannot be ignored in the long-term interests of Indian cricket.

Even the ability to stay at the wicket for long periods has been a question mark amongst the younger lot. All these are skills learnt in old-fashioned red-ball cricket.

We need to take heed of these strong wake-up calls if we are not to go down that slippery slope that took England to their worst Ashes humiliation in recent memory. Not so long ago, they were contenders for the World Test Championship, which is an indication of how quickly things can change.

And, before England, the West Indies have travelled down that path as well, plummeting from the dizzy heights reached by Clive Lloyd’s team in the Seventies and Eighties.

IPL 2022 is tentatively scheduled from April 2, and the mega auctions for February 12-13, which means that all players picked up by the different franchises will move into their respective preparatory camps immediately thereafter.

This leaves no time for the Ranji Trophy, that solid nurturing ground of Indian cricket over many, years. But that seems to be changing now and there has been no Ranji Trophy for two years, with domestic cricket restricted to the limited over games of the Syed Mushtaq Ali and the Vijay Hazare championships. The IPL, that takes priority over everything else, is slowly eating into our domestic cricket as well.

It suits the players who win IPL contracts on the basis of their performance in these matches. But for the vast majority of players who do not win such contracts, but who could still be good, solid first-class cricketers, it is a disaster. One that could potentially do immense damage to their cricketing prospects and cause them to drift away gradually to other things, lost forever to the national talent pool.

And that is a loss that we can ill-afford in the long-term, one that coaches, selectors and administrators need to be extremely mindful of. Admittedly, the pandemic has repeatedly taken away the limited windows of opportunity available for domestic cricket, but so has franchise cricket, as successive IPLs telescoped into each other.

So, the big question remains, is this plethora of white-ball cricket really helping Indian cricket?

If recent performances are any indication, it is not, which leads us to the other big question as to whether these new-age Indian international cricketers with impressive IPL records but with just a handful of Ranji Trophy matches behind them, really serve us well, in the long run?

Or, will they get found out, time and again, when the conditions are unfavourable and the ball is bouncing and moving around, as it always will, whenever we play overseas?

And even more importantly, will such lopsided cricketing preferences take us the England way at some point of time, even though we have enough talent on hand at this time. Talent that has largely matured and come through the ranks of the solid Indian domestic cricket structure and India A tours. A structure that now looks to be under threat.

But better sense seems to be prevailing at last with BCCI deciding to schedule Ranji Trophy matches in two phases. To think of playing four-day games in the heat and humidity of June is certainly not a great idea but at least the domestic players, who don’t play IPL, will get much-needed game time.

The point is, no one likes losers and if it happens too often, we could easily end up killing the goose that lays the golden eggs.