Kim Sharma And Leander Paes To Have A Court Marriage?

Actress Kim Sharma and her boyfriend, tennis player Leander Paes, made their relationship Insta-official quite a while back. Reports now say that the two are heading towards a wedding. The 30-year-old Nikoloz Basilashvili has been as high as Number. 16 in the ATP rankings and is currently ranked Number. 94 in the world.

Prerna took a trip down her memory lane and highlighted that every coaching centre in the 1990s had set a minimum age of 6-years for enrolment because the traditional belief considered 6-years to be the ideal age for a child... Jane Campion was complimenting Will Smith on his win for 'King Richard' when she addressed the Williams sister on Sunday. 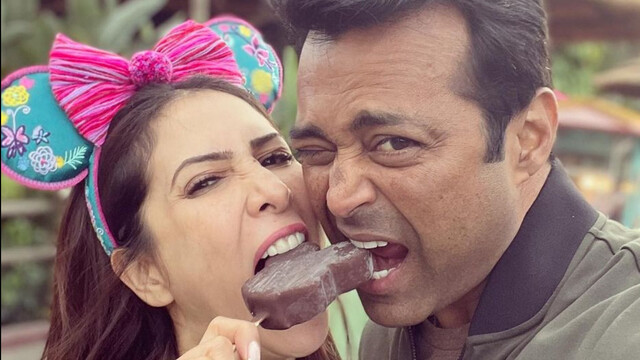 Actress Kim Sharma has shared some pictures from her fun day out at the Disney Magic Park with her boyfriend Leander Paes. The two are rumoured to be dating for quite a while.