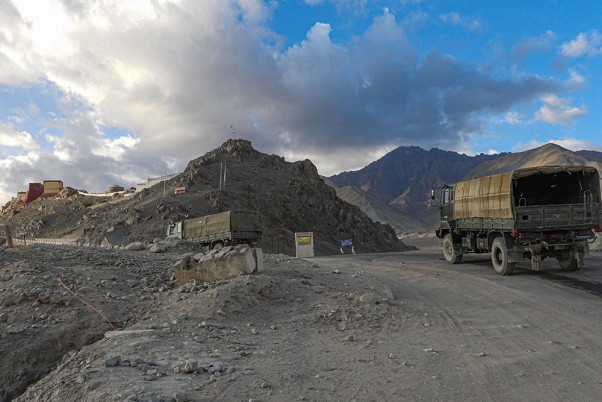 Army vehicles moving towards Line of Actual Control (LAC) amid border tension with China, in Leh. 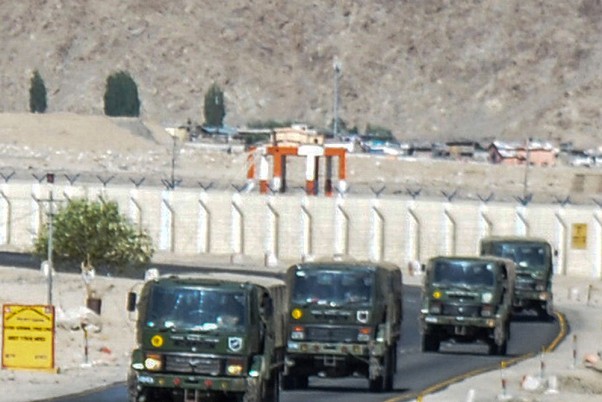 Indian army convoy moves towards the Line of Actual Control (LAC) from Leh. 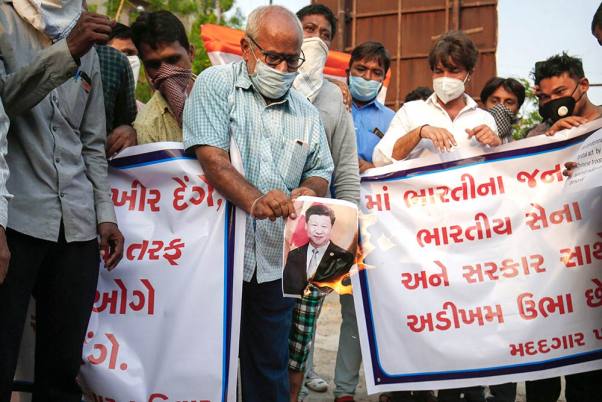 Demonstrators burn posters of Chinese President Xi Jinping during a protest against China, in Ahmedabad. Three soldiers were killed in the Galwan Valley in eastern Ladakh on Monday night during a clash with Chinese troops in the first such incident involving fatalities after a gap of 45 years, signalling a massive escalation in the five-week border standoff in the sensitive region.

Statues installed as a tribute to frontline...