This Dalit-dominated area in Awadh has been the seat of the country’s rulers --- Rajiv Gandhi, Sonia Gandhi, Rahul Gandhi and now Smriti Irani. The long tenure of these powerful leaders, however, has brought little social transformation.

More from Ashutosh Bhardwaj
View All

Some of the men discussing the ongoing elections at a crossing in Tetarpur are Pasis, a sub-caste under SCs. The area comes under Jagdishpur (SC) assembly seat in Amethi Lok Sabha constituency, the seat of the Congress’s first family for decades and now with a Union minister.

The men say that the chief contest is between Congress’s Vijay Pasi and the sitting BJP minister Suresh Pasi. The topic then turns to the livelihood of Pasis - are they still into the traditional occupation of pig rearing or have branched out to other fields? Some of these men run a mechanic shop, some are farm labourers. And then Ravishankar Vishwakarma casually says, “The real occupation is to serve Thakurs and Brahmins.” Gaya Prasad Pasi nods and adds his perspective to the conversation. “The Harijan Act is not good. It is our duty to touch the feet of Brahmins and Thakurs. They are revered people. Now, after the Act, when a case is registered against them, they request us to compromise.”

The Dalits here believe that the SC and ST of 1989 has destroyed their age-old social systems. They speak against the law that gives them rights against caste exploitation because, they believe, the debilitating hierarchy and untouchability is their irrefutable truth. Such is the social conditioning that Gaya Prasad says that the law “has destroyed our relations with them (upper castes)”. 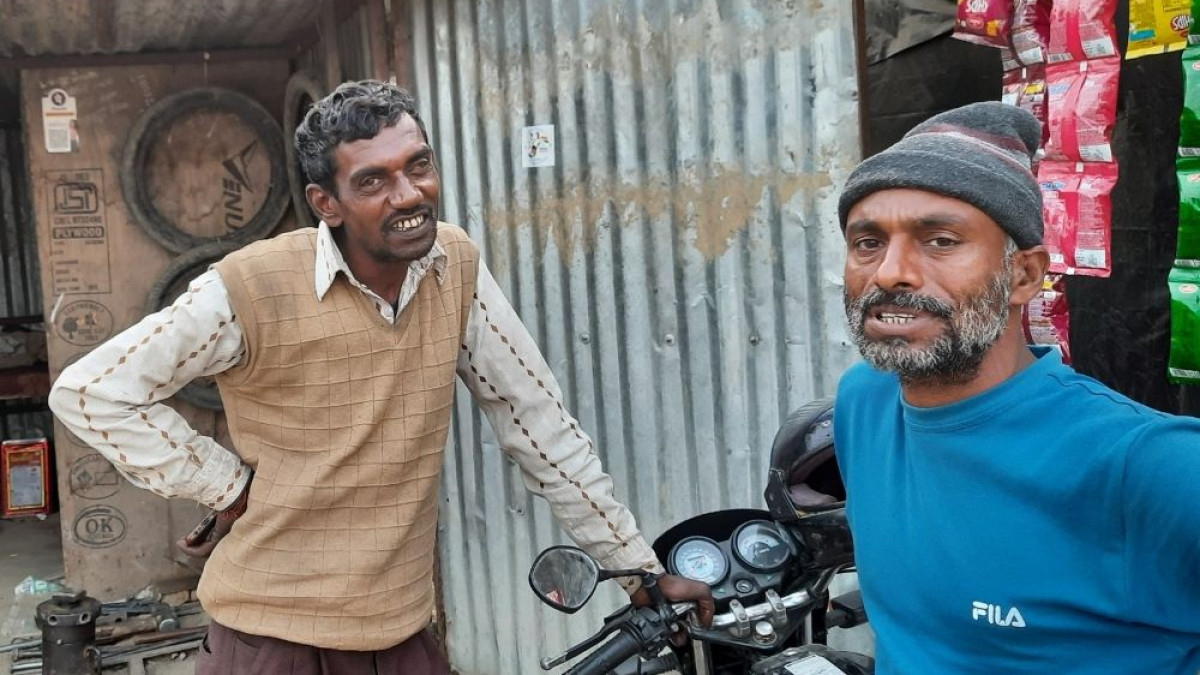 UP Elections: In Meja, The 'Dhan Kuber' Seat, Caste Matters

UP Election 2022: The Puzzle Of Caste Equations

This Dalit-dominated area in Awadh has been the seat of the country’s rulers --- Rajiv Gandhi, Sonia Gandhi, Rahul Gandhi and now Smriti Irani. The long tenure of these powerful leaders, however, has brought little social transformation. Perhaps they could have ruled unchallenged only by deliberately keeping their subjects subservient, away from the Constitutional guarantees. The area is not far from Lucknow where a Dalit woman had been the chief minister on three occasions.

In the main Amethi town is a decaying school, exactly opposite the palace of Sanjay Singh, BJP’s candidate and local king, who draws immense support and loyalty from people across the area. The school has a couple of teachers and a principal named Subhash Chandra Pandey, who has polio and manages a living with a hand-rickshaw. On February 25, the principal is taking a joint class of Class V (Hindi) and Class VIII (Mathematics) in the open field outside the school. It belongs to a trust set up by the royal family, but there’s no salary to the teachers. “We divide the school fees among us, me and a couple of teachers,” says Pandey. Rs 100 is the monthly fee, and there are some 200 students. Not all are able to pay every month. 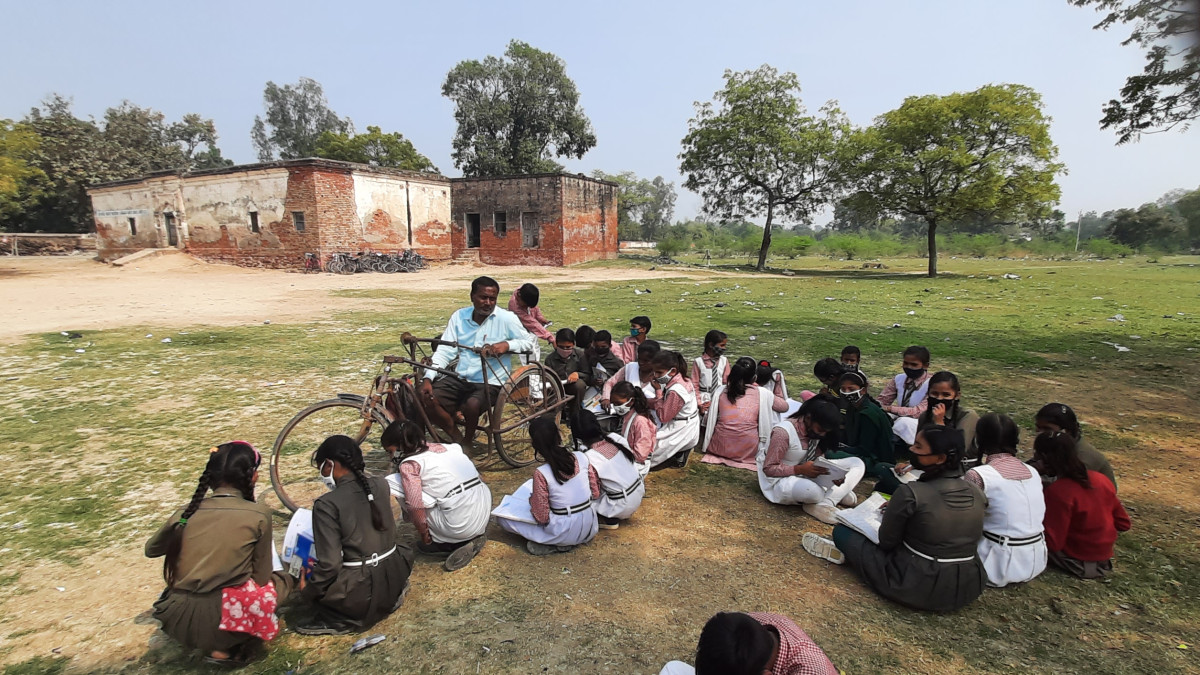 Amethi district has four seats – Tiloi, Jagdhishpur, Gauriganj and Amethi. The area that polls on February 27 has been living under a feudal occupation, with a royal intrigue thrown in.

Singh was once close to Sanjay Gandhi and Rajiv Gandhi, but joined the BJP in 2019. The sitting BJP MLA from Amethi is his first wife Garima Singh, who has been denied the ticket this time. The Amethi assembly constituency has been held by Sanjay Singh, his father Rananjay Singh, Garima Singh and Sanjay’s second wife Ameeta Singh. Before marrying Sanjay Ameeta was married to Syed Modi, ace badminton player whose murder in Lucknow in 1988 had become a national headline. 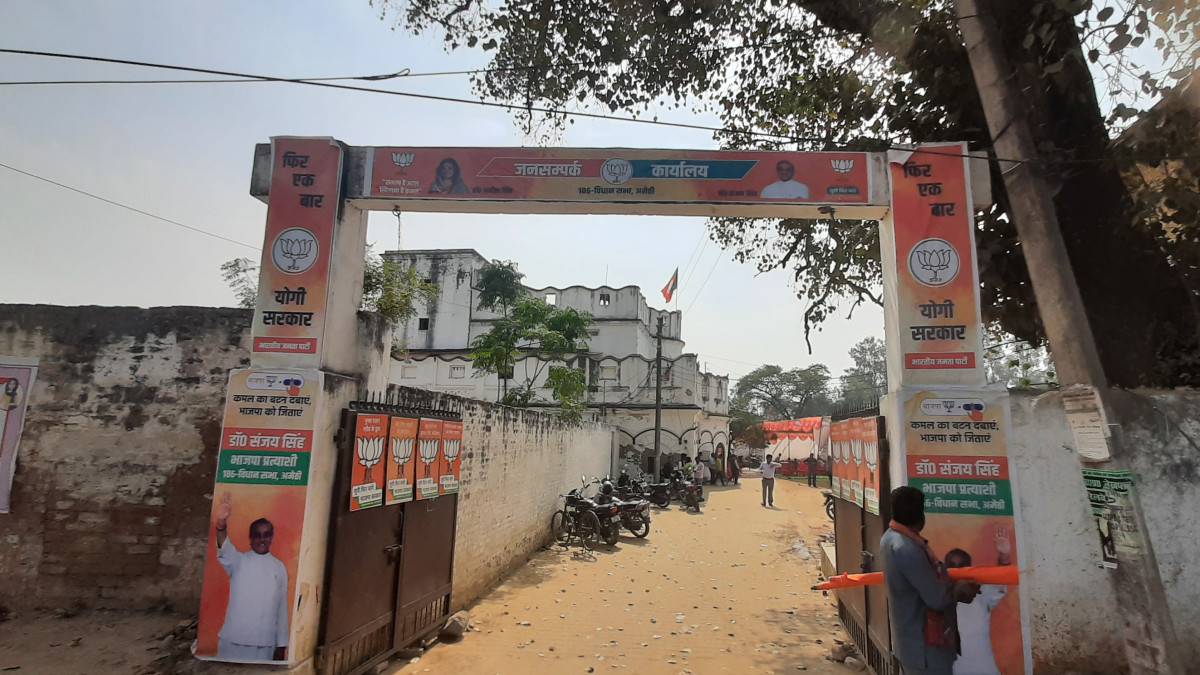 On the other side of Amethi district, on the Sultanpur border is a cold storage for potatoes. Several village women work here as daily labourers. They clean and pack potatoes in sacks that are kept in the cold storage. When asked about their wages, the supervisor says “Rs 200 a day”. An old woman, in half veil behind him, moves her head and then secretly makes a gesture with her fingers suggesting that they get “Rs 150”, less than the minimum wages under the MNREGA.

Rajaji Sanjay Singh is campaigning close by, but the people of Amethi may have to wait much longer before the Constitution arrives here. The Dalits in Tetarpar casually told this reporter about a saying in Awadhi, too objectionable to be written in original here, but which meant that “if lower castes get money, they will turn arrogant”. They didn’t want to turn “arrogant” and spoil their “relationship” with the upper castes. Their vote, then, may not be difficult to anticipate.