Legendary Kathak maestro Pandit Birju Maharaj (Februrary 1938-January 2022), who was a leading exponent of the Kalka-Bindadin gharana of Lucknow, passed away in the early hours of Monday at the age of 83.

Legendary Kathak maestro Pandit Birju Maharaj (Februrary 1938-January 2022), who was a leading exponent of the Kalka-Bindadin gharana of Lucknow, passed away in the early hours of Monday at the age of 83. Pandit Birju Maharaj fervently remembered as Maharaj ji, suffered a heart attack while he was reportedly playing 'antakshaari' with his grandson. He would have been 84 next month. His death was confirmed. He was diagnosed with kidney disease a few days ago and had been on dialysis. A recipient of the country's second-highest civilian award, Padma Vibhushan, Maharaj ji was one of the most famous faces of India’s Kathak dancers all over the world.

Born to exponent Kathak dancer, Jagannath Maharaj (popularly known as Acchan Maharaj), Maharaj ji had begun accompanying his father in global dance festivals since the age of 7. By the age of 13, he began giving out lessons in Kathak at Sangeet Bharti, New Delhi. Losing his father at the age of 9, Maharaj ji continued his training under his uncles and renowned dance maestros Shambhu and Lacchu Maharaj and when he was 28, a renowned face of Indian classical dancer, he was honoured with the coveted Sangeet Natak Akademi (India’s national academy of music, arts, and dance) Award.

His first-ever performance was at the Manmath Nath Ghosh celebrations in Bengal in the presence of stalwarts of music. Since then, he has been an eminent representative of Kathak dance all over the world. He was sent by the Government of India to represent the country in cultural festivals to the United Kingdom, United States, Australia, Europe, Sri Lanka and so on. His solo performances eventually became integral parts of internationally renowned music festivals and he would often tour the world for delivering lectures as well.

He was also a noted personality in the Indian film industry. He composed two dance sequences in Shatranj Ke Khilari (1977) directed by Satyajit Ray and subsequently, composed the choreography of ‘Kaahe Ched Mohe’, a graceful performance by Madhuri Dixit, in 2002-film Devdas (2002). Maharj ji also worked as a choreographer in well-known movies like ‘Dedh Ishqiya’, ‘Umrao Jaan’, and ‘Bajirao Mastani.’ 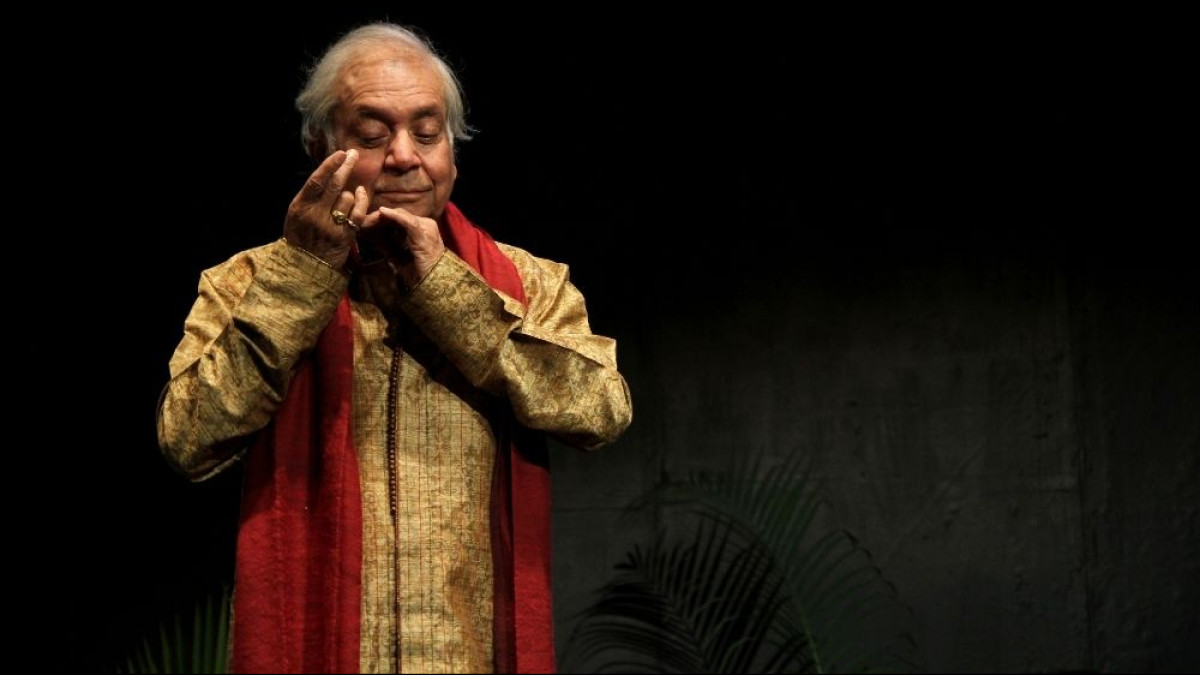 How Hindi Film Music Went From The Song-And-Dance Format To OST Format?

An accomplished Indian classical singer, Maharj ji began his musical journey, parallelly, at the age of 7. His renditions of thumris, bhajan, ghazals and dadras -- Indian classical music -- were appreciated by many.

Maharaj ji started his own dance school, Kalashram, in Delhi, which reflected a shade of rural set-up amidst the busy and fast-moving urban lifestyle. The institution has always been about dance, dramatics, Indian classical music and Sanskrit.

Over the years, Maharaj ji’s contributions in the field of Indian Kathak honoured him with several awards including Kalidas Samman by the Government of Madhya Pradesh, Soviet Land Nehru Award and Sangam Kala Award, Lata Mangeshkar Puraskaar, Filmfare award among others. Maharaj ji has also been conferred with honorary Doctorate degrees from Khairagarh University and Banaras Hindu University.