When Sheikh Abdullah founded a school for girls in 1906 in Aligarh, the total number of students who were enrolled was just 17. The Women’s College at AMU celebrates Founder’s Day on February 2.

The Women’s College at AMU celebrates Founder’s Day on February 2, which marks the marriage anniversary of Sheikh Abdullah and his wife Waheed Jahan. The two worked in tandem to promote women’s education in Aligarh

When Sheikh Abdullah founded a school for girls in 1906 in Aligarh, the total number of students who were enrolled was just 17. It was a time when the ‘ignorance’ of the people, their stubborn attitudes and prejudiced behaviours proved to be obstacles in female education. The society was largely conservative and women were kept within the four walls of the house. The school, which had a modest beginning, was turned into an intermediate college in 1926. Over the years, it came to be known as Women’s College, which is part of the Aligarh Muslim University (AMU). There are educational institutions that celebrate their Founder’s Day on the day of their inception or on the birth anniversary of their founder. However, Women’s College of AMU has the unique distinction of celebrating the Founder’s Day on February 2, the marriage anniversary of Sheikh Abdullah and his wife, Waheed Jahan. It denotes the selfless, unflinching, and untiring support that she rendered to her husband in establishing the institution. 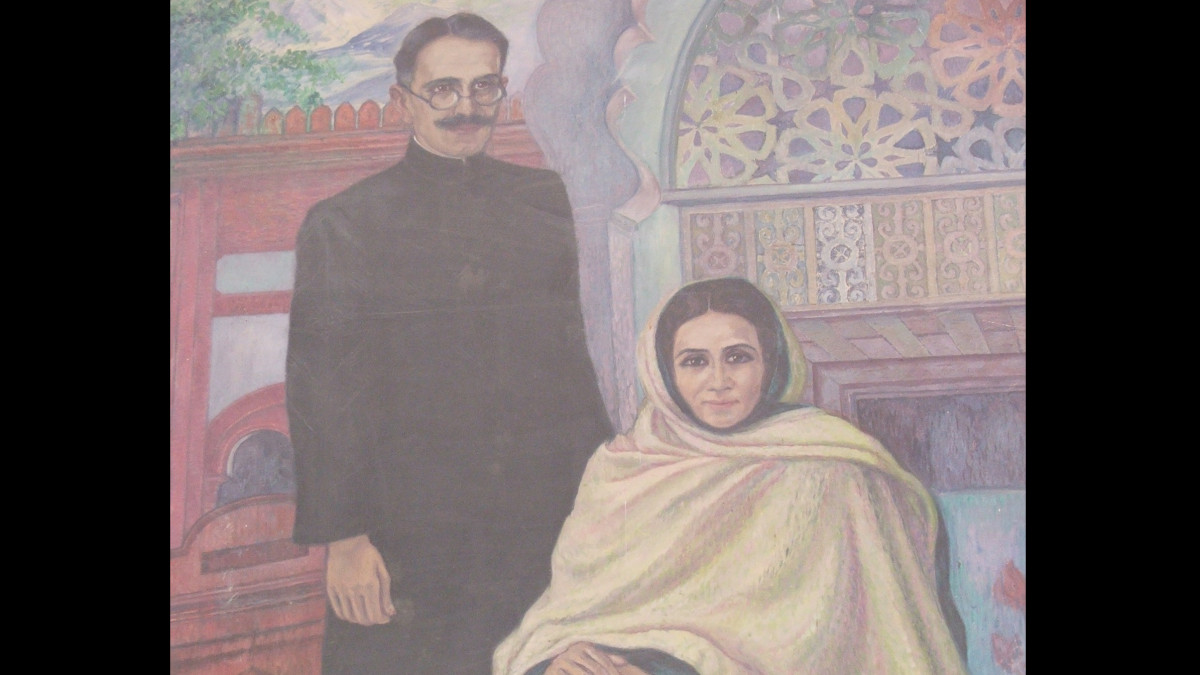 Born into a Kashmiri Brahmin family on June 21, 1874, at Bhantani village of Kashmir’s Poonch district, Sheikh Abdullah was named Thakur Das by his parents.   After completing his initial education in Poonch, he reached Jammu at the persuasion of Maulvi Nooruddin. Later, he went to Lahore in 1887 and got admitted to the Government High School. While being in Lahore, he attended Mohammedan Educational Conference in 1888. In 1890, he accepted Islam and became Sheikh Muhammad Abdullah.

In 1891, he reached Aligarh and took admission in Mohammedan Anglo Oriental College, founded by Sir Syed Ahmed Khan. He completed his law and served as a librarian in the same college. Thereafter, he started his own law practice in Aligarh Court in 1900. Though by profession he was a lawyer, his aim was to improve the condition of women in the society. He knew it could only be improved by education.

Two incidents in the year 1902 had a substantial impact on Sheikh Abdullah’s future endeavours. He married Waheed Jahan Begum in 1902, and in the same year he was appointed the secretary of the Women’s Education Section at the All-India Muhammadan Educational Conference. This gave him an opportunity to formally work for the cause of women’s education.

In 1904, during the Lucknow session of the All-India Mohammedan Educational Conference, he passed a resolution in favour of starting a girls’ school. This was the beginning of a new era of female education in Aligarh.

Sheikh Abdullah served in various capacities at his alma mater. Beginning from the post of a librarian in the same college and then moving on to be an honorary treasurer, he also got appointed as a court member at the university in 1920. Sheikh Abdullah was awarded Padma Bhushan for his services to the society. 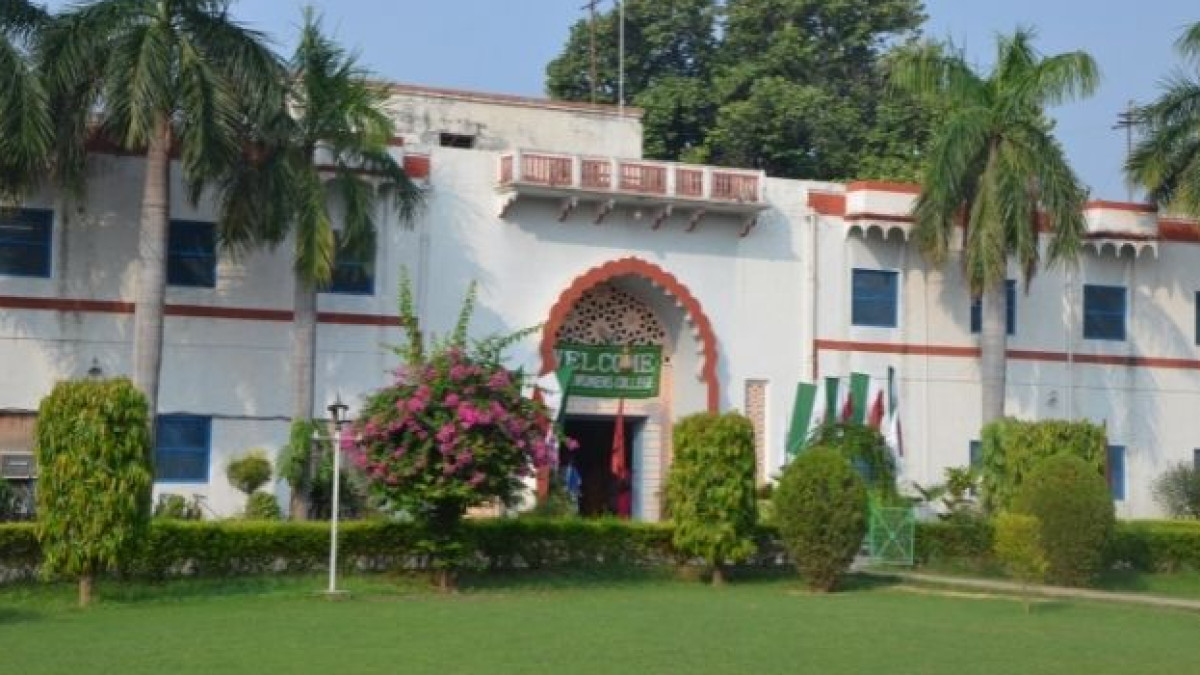 Sheikh Abdullah devoted himself to the cause of education, but the task was not easy. Women were kept within the four walls of the house. There were rarely any people who wanted to send their daughters to school. They considered it a total waste of time and money. Moreover, it would be difficult to find a suitable match for an educated girl. The conservative attitude, parda system, orthodox beliefs and various other practices needed to be changed before starting the school for girls.

Sheikh Abdullah started a small madrasa, called ‘Aligarh Zanana Madrasah’ (Aligarh Girls’ School), in Aligarh, with seventeen girls. These girls studied Urdu, Basic Arithmetic, and the Holy Qur’an. Within six months, the number of students reached fifty-six and with the challenging work of the founder of the madrasa, the number was more than a hundred girls in three years’ time.

Sheikh Abdullah and his wife Waheed Jahan not just started the girl’s school but they also worked towards motivating and convincing people to send their daughters to that school. Their sympathy and compassion for women were the roots behind his efforts for women’s education. The aim of their institution was to empower the women of the society by cultivating their inherent abilities.

At Aligarh Zanana Madrasah, Sheikh Abdullah and his wife managed the classes initially. The entire family of Sheikh Abdullah supported him in his cause for education. With the progress of the school, a female teacher named Akhtari was appointed. She tutored the students, Holy Qur’an, but the classes for Urdu and elementary Persian were taken care of by Waheed Jahan Begum and her sister Sikandar Jahan. His efforts culminated in the
form of a Middle School and then a Matric School. In 1917, the first batch of girl students passed the Anglo Vernacular Middle School examination. Afterwards, another batch cleared the Matric examination. Out of affection, the students started calling him “Papa Miyan” and his wife as “Ala Bi.”

While managing the school, one of the biggest issues was to bring the students to school in palanquins. The relief came in the form of a donation from the Begum of Bhopal, Nawab Sultan Jahan, who herself was a promoter and supporter of women’s education. In 1914, a boarding house was established with the help of Nawab Sultan Jahan Begum. Along with some other regal rulers, she came forward to help Sheikh Abdullah. After some efforts, he succeeded in getting a recurring grant of Rs 250 per month from the British government.

Papa Miyan’s hard work reached fruition in 1923 when the intermediate classes started. They were followed by the degree section in 1937.

Women’s College, Aligarh, observes February 2 as the Founder’s Day because it marks the marriage anniversary of Sheikh Abdullah and Waheed Jahan. They both struggled for the cause of women’s education. The contributions of Waheed Jahan were no less than that of Sheikh Abdullah. She always stood behind him to encourage, support and strengthen him. Moreover, as a dedicated teacher, she devoted her entire life to teaching the students of Aligarh Zanana Madrasah. Not just his wife but his children also helped him in his mission. His daughter Mumtaz Jahan served as the Principal of Women’s College.

Papa Miyan’s weapon to break the shackles of orthodoxy was education, with which he brought a change in society. He was aware of the progress of the world and knew that the Indian women were lagging behind due to the lack of education. He knew that the women of Muslim community could prosper only with education. He was a staunch supporter of women’s Quranic rights. He believed in the uniqueness of Islam because it gives women the right to inherit property. Since the advent of Islam, women were given this right whereas even in the Western world, the women’s property rights came much later.

However, Sheikh Abdullah aka Papa Miyan wanted to inculcate Islamic values, along with providing scientific and modern education to the girls. According to him, education should endorse freedom, fairness, justice and equality, along with ethical values. His image of ideal womanhood was different from those of others. He used to say that a woman should be educated and empowered enough to create her own position in society. His vision of ideal womanhood was not easily accepted by the so-called leaders of society. They considered Sheikh Abdullah’s views wrong and unacceptable. Nevertheless, Sheikh Abdullah did not leave his mission. Today, the Women’s College is evidence of Papa Miyan’s exemplary dedication, devotion, and efforts. The building is named after him as is known as “Abdullah Hall.” At Women’s College, girls from all the communities and social sections receive education and fulfil their dreams. His ideas have always been a guiding light for the Women’s College which is committed to providing quality education to its students, besides aiming to create an amicable environment for them.

(Dr Sadaf Fareed is an Assistant Professor at Women's College, AMU, Aligarh. Her area of work is Diaspora Studies, Dalit Literature and Gender Studies. She can be reached at fareed.sadaf@gmail.com. Views expressed in this article are personal and may not necessarily reflect the views of Outlook Magazine.)