In an unfortunate incident, India all-rounder Krunal Pandya became the latest victim of cyber-crime after his Twitter account was hacked on Thursday morning. (More Cricket News)

The hacker has so far tweeted 10 times from Krunal’s account and was ready to sell his Twitter account for Bitcoins and asked Twitterati to send him cryptocurrency.

The hacking was first confirmed when the culprit first retweeted at 7.31 AM on Thursday morning. The hacker’s second-last tweet came at 7.47 AM which said, “Selling this account for bitcoins.” He added another in the same thread saying, “bc1qex8cewu8krpy0gu4vlz7kkekhhuwh9hf9jjxz3. send me bitcoin,” 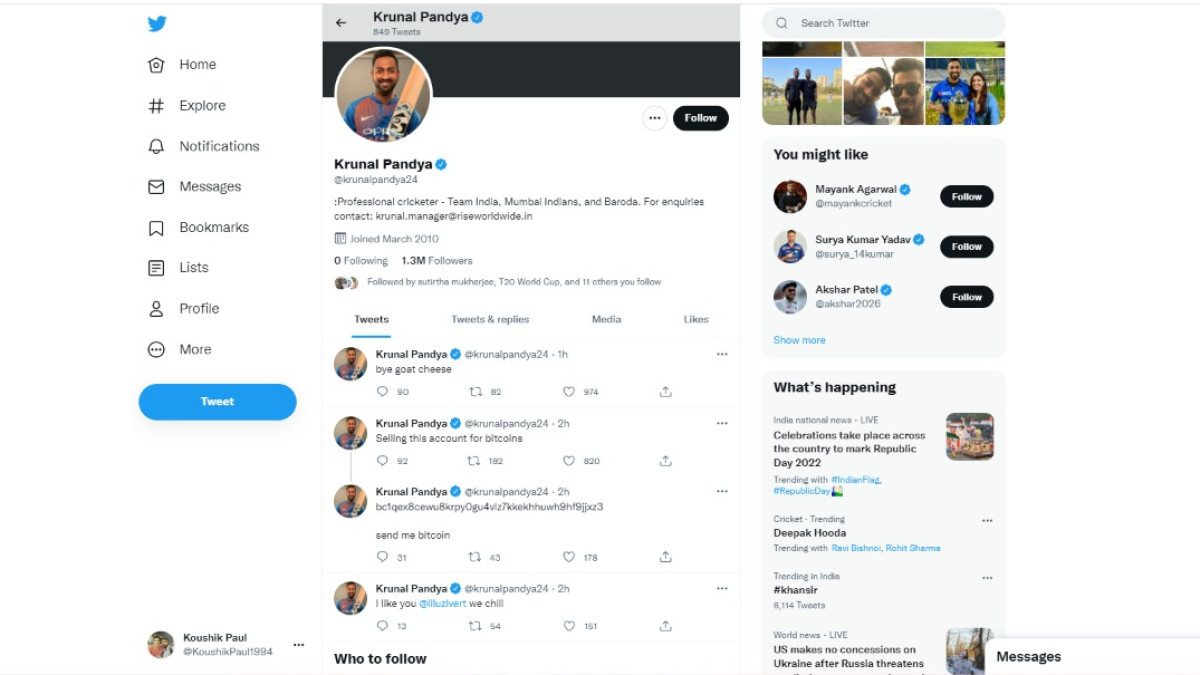 The last tweet was sent at 8.21 AM which said, “bye GOAT cheese.” The last legitimate Krunal tweet Krunal posted was a video of himself batting at the nets on January 18. It has a caption that reads, “Too inspired to be tired.” Krunal has 1.3 million Twitter followers.

This is not the first time; a cricketer’s social media account has been hacked. Earlier, former Australian all-rounder Shane Watson was a victim of the same when his Twitter and Instagram accounts got hacked in 2019.

In October last year, former India wicketkeeper-batsman Parthiv Patel put out a social media post after his Instagram account got hacked. Meanwhile, Krunal, who was a part of Mumbai Indian’s squad in the Indian Premier League has been released by the franchise ahead of the upcoming IPL 2022 mega auctions.

His brother, Hardik, who was also an integral part of the MI squad for years, had already been announced as the captain of the Ahmedabad franchise, who is one of the two new teams in the Indian Premier League.