Nancy Pelosi's visit has triggered increased tension between China and the United States.

Since the COVID-19 response measures were enforced on a regular basis, China has effectively responded to regional cluster infections and provided the best protection for people's lives and health as it can, Xi was quoted as... Lockdowns and other restrictions under the zero-Covid strategy have frustrated residents as they saw other countries ease curbs and reopen borders.

China Weighs Exit From 'Zero COVID' And The Risks Involved

A study, interviews with Chinese public health staff and recent public messaging by government-affiliated experts indicate that China is exploring ways of slowly easing its zero-tolerance approach — with the emphasis on... The restrictions come at a time when the global economy is under pressure from Russia's war on Ukraine, surging oil prices and weak consumer demand. China reported over 20,000 Covid-19 cases with its largest city Shanghai, while over 21 million people in capital Beijing underwent third nucleic acid test amid the growing list of high-risk areas. 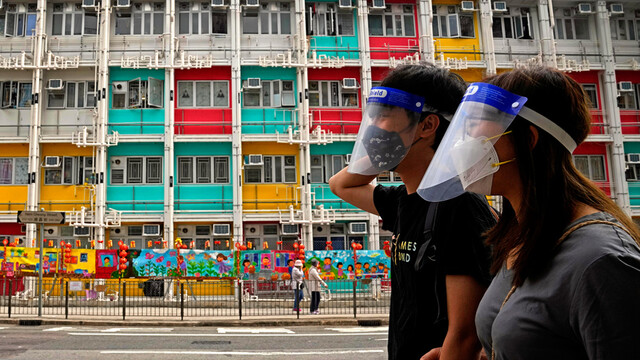 Officials on Sunday locked down the city, which has 17.5 million people and is a major tech and finance hub that neighbours Hong Kong.

Residents are required to remain home and undergo three rounds of mass testing, while non-essential businesses have been closed and transport links suspended.

“Zero tolerance" requires quarantines and lockdowns on entire communities and sometimes even cities when as few as a handful of cases have been detected.

Athletes from Russia and Belarus will not be allowed to compete at the Beijing Winter Paralympics 2022 after IPC reversed its original decision.

The International Paralympic Committee says the two countries can 'compete under the Paralympic flag and not be included in the medal table'.

Concerns about youth doping were amplified at the Beijing Olympic Winter Games following the news that Kamila Valieva had tested positive for the banned...

The 2022 Winter Olympics were controversial from the moment the IOC awarded them to Beijing, the frequently snowless capital.

Chinese cities Zhuhai and Dongguan have announced cash rewards capped at 100,000 yuan (USD 15,785) for tip-offs for suspected smuggling of Hong Kongers by...

The move puts Juan Antonio Samaranch Jr. in a position for an expected run at the IOC presidency. His father was IOC president from 1980-2001.

Thomas Bach says it was 'chilling' to see on TV. Kamila Valieva, who has been at the center of a doping controversy, finished fourth overall.